Work is expected to start later this month 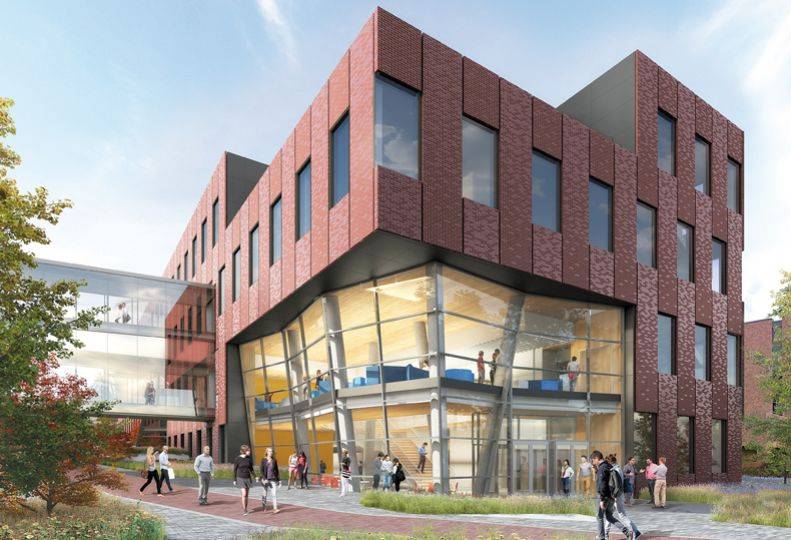 Eastern Washington University has selected Lydig Construction Inc., of Spokane Valley, as the contractor for the Interdisciplinary Science Center, to be built on the university’s Cheney campus.

Lydig submitted a bid of $45.3 million for the project—more than $2 million below EWU’s original construction budget.

The total projected cost is estimated at $60.5 million, including design costs, taxes, permitting, furnishing, and equipment.

Site work on the project is expected to begin this month, project manager Lisa Shier says.

“We’ve got to clear the site out of its current condition,” Shier says. “We’ve got to dig the foundation and then we’ll start with the concrete structure for the building.”

“We’ll be building through the entire winter this year and next year,” Shier says.

Due to the project’s modern design, Shier says there are some unusual features Lydig will have to consider as construction progresses.

“There’s a few interesting angles that some of the columns and the storefronts will be built at,” she says. “They’re turned at an angle, so those will be something that will be a little bit of a challenge, but nothing we can’t handle.”

Shier says the slope of the land on which the building will sit, northeast of the existing Science Building on Washington Street, is another factor the contractor must take into consideration.

“There’s also quite a bit of slope between one building and the other,” Shier says. “The site work has a lot of site walls and other architectural features that will have to go in to keep the slope in a workable manner.”

Lydig has worked with the project architect, Seattle-based LMN Architects, on other education projects, Shier says, including the Washington State University Biotechnology and Life Sciences Building, in Pullman, which was completed about 10 years ago.