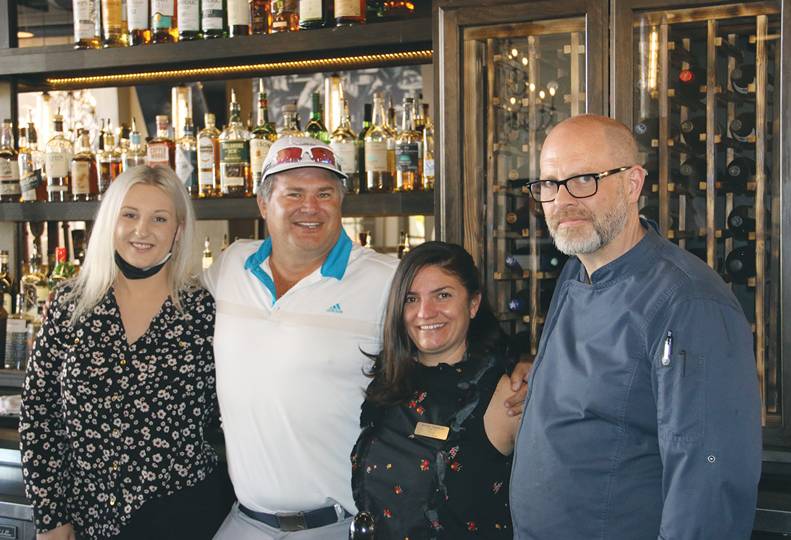 Hotel Indigo developer and owner Curtis Rystadt is still gleeful of his creation and is perpetually gushing over the 4,500-square-foot restaurant inside of it.

Magnolia American Brasserie now is fully open to the public after having its original debut halted due to COVID-19.

“There was no outdoor dining, and we didn’t have the capability to do to-go orders,” says the Portland-based developer.

Rystadt purchased the former Otis Hotel building at 110 S. Madison four years ago for $1.4 million through his real estate holding company 110 S. Madison Realty LLC before spending more than $15 million to redevelop it into a 112-room boutique hotel and restaurant. The Hotel Indigo brand is a subsidiary of U.K.-based multinational hotelier InterContinental Hotels Group.

“He does everything all from scratch,” Unger says of Hutchins.

With direct public access off West First Avenue, Magnolia is open for breakfast and brunch from 8 a.m.-noon Monday through Friday and 8 a.m.-1 p.m. on Saturday. Dinner hours are 4-11 p.m. Tuesday through Saturday, Rystadt says.

“We’re looking to expand hours and staff; I’d like to fill another eight to 12 positions,” he says.

Magnolia seats 150 comfortably, and a private dining room extends full capacity to 186, Rystadt says. Located in 4,500 square feet of space, Magnolia also has a 900-square-foot kitchen for Hutchins and his staff to work in.

“When I think of all the work and planning that was put into this, it’s kind of overwhelming,” he says.

Rystadt says he played golf in Spokane for many years prior to purchasing the building in June 2017.

“I’ve always liked the Spokane area and wanted to have a property where there were all four seasons,” he says. “This was my best effort to represent the city of Spokane.”