McKinstry to relocate its fabrication facility 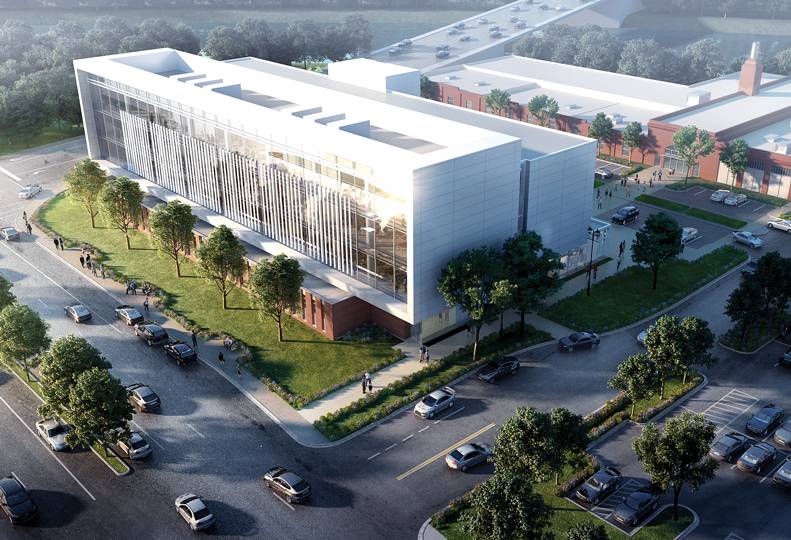 Seattle-based McKinstry Co. says it’s looking to secure a new location for its fabrication shop that occupies the site where the company plans to build a new medical school building.

McKinstry, a construction and energy-efficiency contractor, owns and operates the fabrication shop it renovated in 2011 at 840 E. Spokane Falls Blvd., just north of the McKinstry Innovation Center. The fabrication and light manufacturing center occupies 35,000-square feet of space.

The complex, which also sublets to manufacturing business incubator The Toolbox LLC, one of the shops’ more prominent tenants, will give way soon to a medical school building for Gonzaga University and University of Washington joint medical programs.

The new medical building will be at the southwest corner of Spokane Falls Boulevard and Hamilton Street, and will be the center for health sciences and medical education for the University of Washington School of Medicine-Gonzaga University Regional Health Partnership.

McKinstry will build, design, develop, and manage the four-story medical facility, which is expected to be completed by August 2022.

Regarding McKinstry’s envisioned replacement for its fabrication and light manufacturing space, Gabe Boeckman, McKinstry’s Seattle-based spokesman, says, “We will build a new facility to accommodate our growth.”

Boeckman says McKinstry anticipates securing a new site as early as next month.

“The goal is to have another location that is Spokane-centric and near the heart of much of our construction activity,” he says.

The McKinstry complex was once the home of the Habitat for Humanity ReStore building. The fabrication complex serves as a collaborative space where established companies and business mentors share expertise, ideas, tools, and equipment with manufacturing startups and entrepreneurs.

At the beginning of 2015, veteran Spokane entrepreneurs Andy Barrett and Tom Simpson, who founded The Toolbox, leased space at the complex.

Attempts to contact Toolbox representatives about their plans were unsuccessful.

Earlier this month, officials from UW and Gonzaga announced construction plans for a $60 million facility that will accommodate their joint medical school.

Last year, McKinstry and Avista Development Inc. partnered to construct the Catalyst Building and the Hub Building at the south landing of the University District Gateway Bridge.

Valued at a total of $57 million, both buildings are under construction and are expected to be completed in 2020.