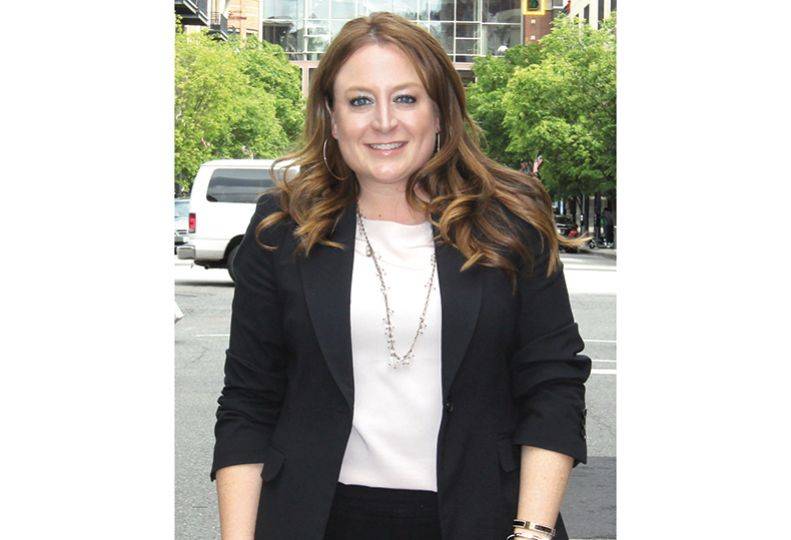 Emilie Cameron has recently been named the new president and CEO of Downtown Spokane Partnership after a three-month national search.

Cameron is a native of Sacramento, California, and attended the University of California-Davis, where she received her bachelor’s in history and communications.

She has over 15 years of experience in civic community engagement including working in public relations for statewide clients in Sacramento, and over six years working for the Downtown Sacramento Partnership. She was instrumental in creating the Young Professionals Program and was on the board for the California Downtown Association.

The Journal recently sat down with Cameron to talk about her career in civic engagement and the downtown world, and what she foresees in her new role at the Downtown Spokane Partnership.

What attracted you to this type of work?

In 2009, I took a position as executive assistant for Donna Lucas, at Lucas Public Affairs. She took a leap of faith with me, and it was a way for me to get my foot in the door and learn about public affairs, which had always been an interest.

What was interesting about that time—2009 being the height of the (Great Recession)—is that’s when I think Sacramento really found itself. A lot of people who had left, came back, which is similar to what I hear about Spokane. People leave after high school and college and then slowly they start realizing, “Maybe I want to go back.”

So, we had a lot of people coming back and a lot of young professionals at that time who had grown up there and wanted to give back to the community. Through the regional chamber, we launched a Young Professionals Program. We focused on how to build a place that was sticky for people to come back to or more importantly retain the talent that we had in Sacramento.

At that point, the Sacramento King’s longtime ownership group was exploring options to sell and or move the team. Prior to this, the downtown partnership in Sacramento as well as the chamber had commissioned a study about moving the arena in which the Kings played from the suburbs into the heart of downtown.

All these pieces came together, and at the time I was the chair of our Young Professionals Program and represented the voice of young professionals. That’s how I came to work for the Downtown Sacramento partnership.

And you were successful in keeping the Kings in Sacramento?

Yes, we succeeded in keeping the Kings in Sacramento. That’s really how I fell in love with the downtown world—bringing the arena to the downtown was a catalyst and seeing how these catalytic projects can really jump start exciting new opportunities. We tracked it from the day the first shovel hit the ground. Tracking all the development around it, we were close to $4.1 billion in development that occurred because of that first shovel in the ground.

Fast forward to Spokane: Seeing what’s happening with the development of the soccer field, the recent development of the Podium, its proximity to the arena, the amazing convention center, and of course, Riverfront Park. You see all these amenities. And then with a strong business district, it creates this network where jobs, entertainment, and living can all coincide and produce vitality and vibrancy.

What made you want to leave Sacramento for Spokane?

Opportunity. I don’t know if I would have taken a job in any other city, to be honest. When I came up to visit Spokane and in conversations with staff and partners, you can tell people take a lot of pride and ownership in Spokane.

As I was exploring to see all the pieces of Spokane, I got really excited about it. To be a part of it and help continue to lead the work underway, push forward and help Spokane reach its full potential is an exciting opportunity.

In your new role, what do you envision for Spokane?

First and foremost, my hats off to Spokane for being thoughtful and strategic with the downtown plan and obviously continuously updating it too, and not just relying on this plan that was developed 30 years ago.

Recently, there was a new downtown plan approved, and I think it’s crucial to see that through. DSP has a big role in seeing that through, but it’s going to require collaboration both between public and private sectors. One of the things I really lean into is “How can we be stronger together?”

For me, there are a couple of priorities that I see reflected in the plan. First, it’s creating that foundation. Meaning, do we have a clean, safe, and welcoming place? Where people feel safe, where they feel they can walk down the street from bar to bar, go to work, live, that kind of thing.

That’s the core foundation for any place, not just downtown. Urban centers across the country are facing this dynamic, but how are we again collaborating across all public and private sectors to ensure our focus is on creating a clean and safe and welcoming downtown?

Obviously, the elephant in the room is homelessness and its growing numbers and the impact that has. I think I will tell you businesses are 100% invested in finding solutions as much as anybody else.

How can we come together as a community and do it as a balanced approach and make sure our businesses can still operate and that their customers can walk through the door? There’s a lot of pieces to it, but again, it’s at that foundation of safe, clean, and welcoming.

I think it’s talking about vibrancy and energy, especially in a post-pandemic world. The good news is we’re coming back, but we have room to grow. But how we encourage people to come back and work or experience downtown is through events and other activation where people feel energy and excitement.

Probably one of the greatest lessons we learned in the pandemic is how crucial mixed-used neighborhoods are.

In a mixed-use neighborhood with commercial and residential spaces, the residents continued to patronize the businesses around them. In business districts, you saw their customer base shut down. That’s where we saw some of the biggest differences.

The excitement of being fresh-eyed also means I’m new. Building relationships is something I’m really committed to. I strongly believe that relationships are the core of how work gets done. I want to get to know everyone.

Like any downtown, we are coming back from a pandemic. What does our economy look like moving forward?

Much like Sacramento, Spokane is seeing population growth in particular during the pandemic. There’s a fantastic university system here with several universities producing great talent. How are we establishing connection so that talent wants to stay here and apply freshly learned skills here in Spokane? Are we building those knowledge-based jobs?

How are we producing and supporting our hospitality industry? How do we make sure they thrive? Because when they thrive, we all do better. The economic effect of the hospitality industry cannot be understated. Those are all the pieces that are going to go into building a strong downtown. It’s somewhat cliché, but it’s true: A healthy downtown is a healthy region.