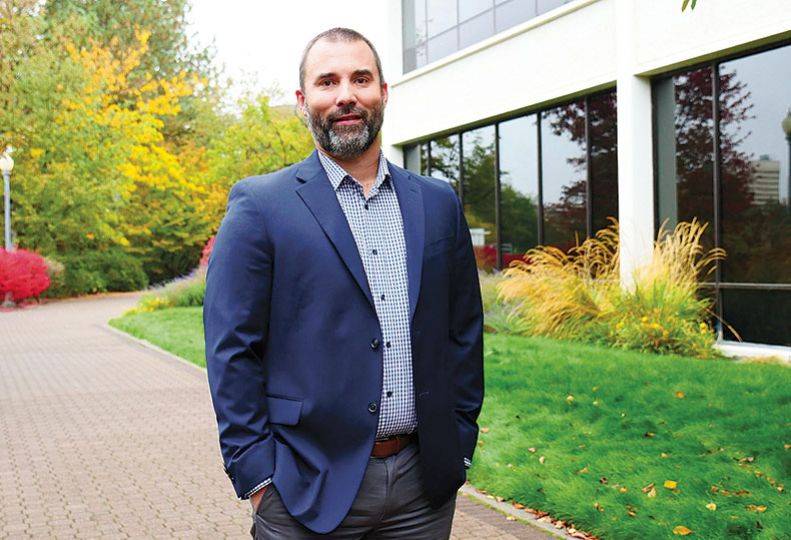 Since Hart Capital Advisors was acquired by Denver-based Mercer Global Advisors Inc. in the waning moments of 2020, the investment advising office has added an array of services.

“If you think about wealth management and the services we provide, things are integrated,” he says of the company, which frequently shortens its name to Mercer Advisors to avoid confusion with an employee health care and investments company of a similar name. “There are many places that can provide one or two of those services. There are very few places you can go to get a comprehensive offering like Mercer provides.”

Companywide, Mercer handles a total of $39 billion in assets.

Czirr says clients benefit from having access to experts in multiple fields under the investment management umbrella.

Czirr points to Mercer Advisors’ tax team for an example. As tax season approached, some clients who had sold businesses found they were facing large capital gains taxes. The team at Mercer Advisors’ Spokane office worked to find strategies to save such clients “tens of thousands of dollars” on tax returns, Czirr says.

In recent years, Mercer Advisors has made expanding its presence in the Pacific Northwest a point of emphasis.

“In 2017, there was one Mercer location in the Northwest, and now we have six,” Czirr says. In addition to Spokane, Mercer Advisors has two offices in the Seattle area, two in the Portland area, and one in Boise, Idaho.

“I would not be surprised if, in the future, we have a few more Mercer offices somewhere in the greater Pacific Northwest,” he says.

“As he was looking toward his personal succession and retirement plan, he wanted to find a good partner to work with—someone who would continue to build upon the legacy of what he’s created, have the same general philosophical mindset, and also had great capabilities and resources,” Czirr says.

Czirr says he started his career at Hart Capital more than 10 years ago as a financial analyst. He left after a few years to work at other firms in the Spokane area. He was recruited back to the company last summer. Currently, nine full-time employees—the same number the company had when Mercer acquired Hart—work at Mercer Advisors’ Spokane office, which is located on the North Bank of the Spokane River, at 201 W. North River Drive. Mercer Advisors also acquired Hart Capitals’ Coeur d’Alene location, which was established in 2016.

In June 2020, SmartAsset, a personal finance technology company, listed Hart Capital as the second largest investment company in the region, with $433.5 million in assets under management. SmartAsset gathers its findings from U.S. Securities and Exchange Commission filings.

Among the Inland Northwest business community, the Spokane firm was well-known for its Hart Capital Inland Northwest Index & Composite quarterly reports. Czirr says it’s possible the index, which he had helped create, could make a comeback, but it’s not currently a priority.

Czirr says that while Craig Hart is no longer at the head of the wealth management office, its staff adheres to his philosophies.

“He wanted to make sure he was a fiduciary. He wanted to always be putting clients first,” Czirr says. “We’re incentivized to do well on behalf of the client. Craig built his firm on that.”

Czirr says the Spokane location of Mercer Advisors is becoming more like a family office—a wealth advising company that handles investments and planning for wealthy families.

“We have families where we’re working with grandparents all the way through great-grandchildren,” Czirr says. “The highest honor we get is to see someone’s life play out, to see that we’ve served a client well.”