Despite trade, automation fears, most plan for growth 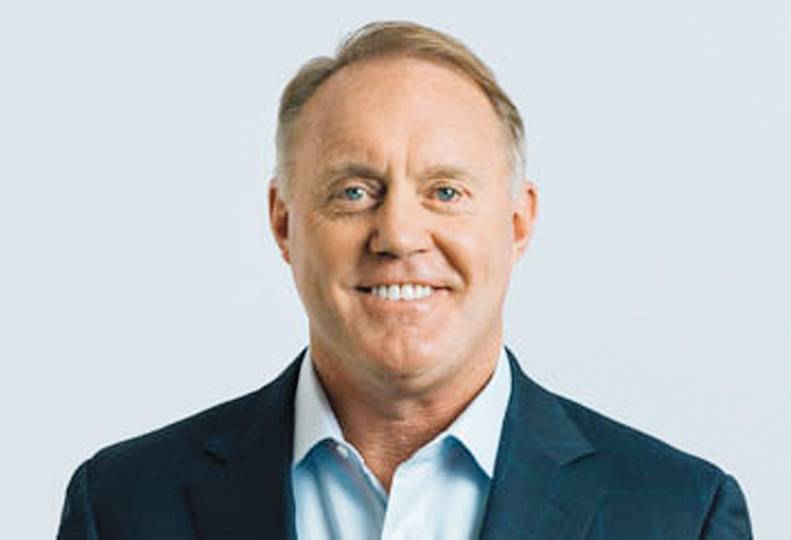 While companies are grappling with the effects of the current U.S.-China trade disputes—and many are concerned about automation and its effect on the workforce—most companies are feeling optimistic about the future, according to Umpqua Bank’s inaugural, recently released Middle Market Monitor.

Tory Nixon, Portland-based senior executive vice president and chief banking officer based at Umpqua, says the bank views the middle market, defined as companies with between $10 million and $500 million in annual revenue, as a dynamic and yet underrecognized segment of the U.S. economy.

“They represent one-third of the private sector GDP, which is around $5 or $6 trillion, and they employ 45 million people; they’re a pretty significant part of the economy,” Nixon says.

Nixon says that despite recent trade disputes, most middle market companies and the banks that serve them are resilient, and Spokane’s economy lends itself to such resiliency.

“The good news in Spokane is that the economy here is relatively diverse, which helps shield the area as a whole from broader economic volatility,” Nixon says. “In addition to agriculture and manufacturing, we’re seeing strong growth in health care and education as a result of the increased investment and expansion of universities and colleges in the area.”

Nixon says that likely is partially due to the fact that many company leaders are baby boomers who are at or heading toward retirement age.

“There’s this pretty significant transition of wealth that’s occurring in the United States,” he says. “Where the owners are in life is a piece of it.”

The activity is also related to the ongoing need for companies to grow, Nixon says.

“The idea of continuing to scale and find efficiencies, to continue to be relevant, to innovate and look for other market opportunities is also a big part of it,” Nixon says. “Sometimes, the best way to do that is through acquisition.”

Nearly all middle market companies — 90% of respondents — said that ongoing trade disputes with China have impacted their approach to international business, and almost 10% have delayed international expansion.

Nixon notes, however, that only a quarter of respondents said they expected the disputes to affect plans for company growth.

“They’re kind of ahead of the curve and they’re looking at other sources for manufacturing to fill in parts of their supply chain,” Nixon says.

Instead of using products from China, Nixon says many middle market companies (60% of survey respondents) are exploring obtaining similar products from other countries.

Disruption due to advances in automation is also a concern for many middle market companies; 91% said they are in the midst of obtaining technology in order to automate work, and 62% said they are already automating work previously performed by human employees.

Simultaneously, 24% of respondents said they plan to make investments in their workforce through training and education to keep human employees competitive with their digital counterparts. Such investments are likely to increase in the next few years, Nixon says; almost half of middle market companies expect their workforce to experience maximum disruption due to automation within a decade.

“The next 5-10 years will likely bring about significant changes to how many middle market companies operate, particularly in the manufacturing sector, as business processes are transformed,” Nixon says.

Despite concerns regarding trade disputes and automation, the survey found that most leaders of middle market companies are optimistic about the future: 57% said they feel “very confident” about the U.S. economy, and 99% said they felt positively about their company’s prospects for growth.

“Sixty-eight percent of them expect revenue growth over the next 12 months of between 6% and 15%, so they’re quite bullish on the growth opportunity for their respective companies,” Nixon says. “There’s a lot of conversation around recession over the last couple of years, and quite honestly, there’s no significant data that shows that we’re headed for one in the very near term. It’s been a long growth cycle for us, obviously, but I think there’s a little more runway left in it.”

While this is the first Middle Market Monitor Umpqua has released, Nixon says the bank hopes to conduct the survey annually.

The survey was conducted from May 29 to June 19 by global research company Engine, which surveyed CEOs and CFOs at 250 middle market companies in Washington, California, Idaho, Nevada, and Oregon.