Unemployment rate remains higher than for rest of population 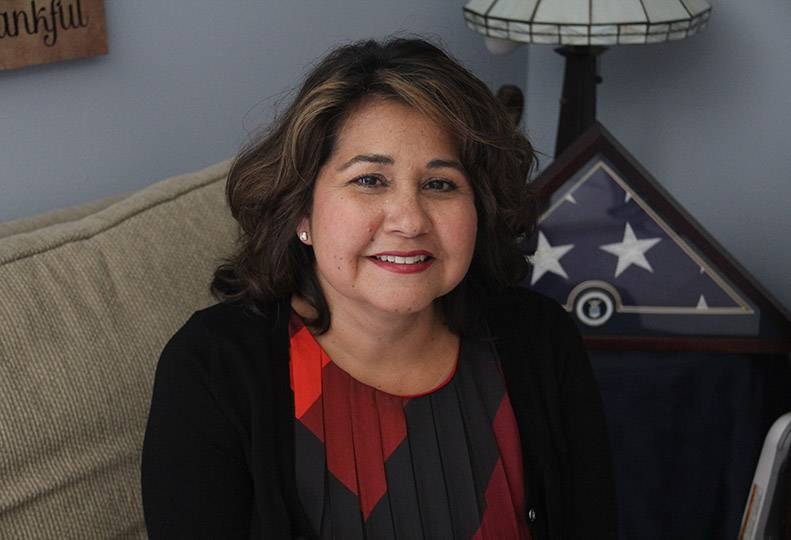 Felicia Jensen, a 45-year-old operations officer stationed at Fairchild Air Force Base, is nearing the end of a 26-year career in the U.S. Air Force, although looking for a job during the past few months has left the question of "What's next?" unanswered.

Although her retirement ceremony was in April, Jensen remains on active duty until the end of this month, when her 95 leave days she had saved up officially end, at which point she will join a growing number of unemployed veterans in Washington state.

Jensen says that on average, she's submitted three applications per week since the beginning of May, when she actively began looking for a civilian job. She has yet to receive a callback.

"I did apply for a few jobs right out of the gate, just so I could start that experience because I've heard from people that it can take six to eight months before you get a job," Jensen says.

Chuck Elmore, director of Spokane County Veteran Services, estimates between 50,000 and 60,000 veterans live in the county, a group that equates to between 10 percent and 12 percent of the estimated 475,000 people here in 2012.

In an economic report compiled by the U.S. Congress Joint Economic Committee, Washington state's 8.3 percent veteran unemployment rate for 2012 was higher than the national average of 7 percent. The unemployment rate for veterans specifically coming back from post-9/11 combat was even higher at 12.3 percent statewide, compared with the national average of 9.9 percent.

However, Elmore estimates the unemployment rates for veterans between the ages of 18 and 25 are even higher, somewhere at or above 25 percent.

Jensen, who has a master's degree in human resources, says her job search isn't limited to positions that would use her degree, since after years spent in a high-intensity environment, a change of pace offered by an office assistant job could be appealing.

"I think employers may feel we can't catch on, or we're overqualified, and they don't want us to come in because we may get bored or not make that transition," Jensen says. "Even if we don't know their computer program, chances are we're going to learn it fast. In the military, you just have to do it, and you learn. You learn real quickly."

Although veterans and other members of the armed forces might face road blocks in translating their experience into skills considered marketable, some employers and organizations try to ease the burden for veterans and military families alike.

Longtime Spokane steel distributor Haskins Steel Co. has been employing veterans for years, says company Vice President and General Manager Craig Dias. He estimates of the company's 98 current employees, nearly one-quarter are veterans, with most holding jobs on the company's production floor. That percentage has climbed during the last decade.

"The one benefit that veterans have is they possess the core competencies or soft skills that an employer is looking for," Dias says, specifically referring to respect for authority, critical thinking skills, and punctuality. Dias says businesses also reap the benefits of an employee pool that often already has health insurance provided by the military even after active duty.

Dias says it's a tough job market all around, which makes resources such as WorkSource Spokane, an employment and training service here, so imperative for vets seeking work.

Bryan Dooley, a veteran employment representative with WorkSource, says tax incentives and on-the-job training programs are available to help employers and employees alike. Businesses can receive tax incentives through the Worker's Opportunity Tax Credit, a federal program that provides a tax credit between $2,400 and $9,600 per veteran a company employs. The program is funded through the end of this year, Dooley says.

Additionally, on-the-job training programs through the VA help employers by covering half the wages of a veteran while they receive necessary training for the job, he says.

"So often, you get the guys who were infantry that say, 'All I did was carry a gun,'" Dooley says. "Well, no, that's not all you did. A majority of them have some leadership skills."

He estimates 20 to 25 veterans seek out the service each week. Translating skills gained in the military into language the civilian population understands can be a challenge, he says, and WorkSource works with them on what Dooley calls "civilianizing the resume."

Jensen, who agrees that a resume sometimes can get lost in translation, got involved with WorkSource about a month ago and has worked with Dooley in chasing down leads for jobs and networking with companies here.

"If I could go back and pull the first resume I submitted two months ago and replace it with one I've refined now, I would absolutely do that," Jensen says. "But when jobs come open and you see it there, you just have to jump on it."

"These are people out protecting our freedom, serving our country, deployed across the world, and they come back and there just aren't jobs for them," Hess says. "It's not right."

While employers and employees grapple with trying to understand or translate military experience into easily understood skills, some employers may be concerned about post-traumatic stress disorder, Dooley says, which has been a hot topic in recent years.

"There are always those conceptions of veterans coming back with PTSD issues, or things like that, and that gets a lot of notoriety," Dooley says, adding that although it's still a real problem for some, it affects a small percentage of the overall armed forces population.

Jensen speaks proudly of her time in the Air Force, which included two deployments: one in Kuwait, and another stateside that she spent preparing for the 2013 Presidential Inauguration.

On average, she says she moved her family of five, which includes her two teenagers, husband, and mother, every two to three years, spending four years in Virginia before ending up here three years ago. Her husband, who himself spent 10 years in the Air Force and served in Desert Storm, got out of the service to avoid both of them working in the military, she says.

She says he's worked a number of jobs since leaving the Air Force, including as a security guard, landscaper, and in the child care and janitorial industries.

"(Veterans are) highly skilled, and they're going to respect the command structure, if you will," Hess says. "I think the benefits this population brings to the workplace far outweigh employers' hesitations."

Hess says employers sometimes are hesitant to hire active duty military or their spouses because of the frequent moves, but she says the workplace culture has changed in that most people outside the military switch jobs every two to three years anyway.

Hess and the American Red Cross chapter here are working with a number of other state and federal public and private entities to put on a hiring fair this fall for veterans, other military members, and military families.

The day-long event, called "Hiring Our Heroes" and put on by the U.S. Chamber of Commerce Foundation, will be held at the Spokane County Fair & Expo Center on Sept. 20.

Hess anticipates around 100 employers from around the state, representing every industry, will be at the event. The event is part of a larger national initiative by the U.S. Chamber of Commerce to hire 500,000 past and present members of the military by 2014, she says.

The hiring fair, free of charge to both employers and prospective employees, will include a pre-employment workshop that will cover how to translate military experience into civilian skills, resume writing, and interviewing techniques, Hess says.