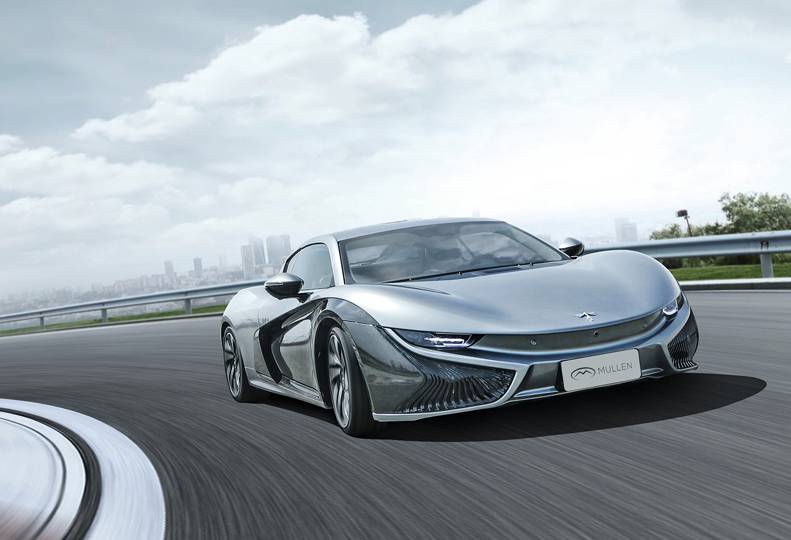 However, Todd Coleman, executive director of the S3R3 Solutions public development authority that recruited Mullen Technologies to the region, says he’s still optimistic about the prospects of the company developing a plant here.

Coleman says the startup that plans to manufacture high-end electric sports cars still is working to raise the capital necessary for the project. The company needs $56 million for its deposit but expects to raise about $1.3 billion in capital for the project overall, he says.

A representative of Mullen didn’t respond immediately to requests for comment.

“At this point, we’re just waiting to see if they’re able to raise that equity,” says Coleman. “We believe that the project, in particular the battery production, would be a great fit for our region … and would produce a lot of jobs.”

S3R3 Solutions is the new name for the West Plains-Airport Area Public Development Authority, which rebranded in March.

Mullen has applied for a $450 million Advanced Technology Vehicles Manufacturing loan from the U.S. Department of Energy, Coleman says, that is still being processed by the department.

Brian Mahar, press secretary for the Department of Energy loan office, declined to comment on Mullen’s application status. Mahar says the timeline for processing a department loan is dependent on the size and complexity of the project.

The department is still operating during the outbreak, he adds, and is continuing to process applications.

Tesla Inc. used the same loan program when it was getting started and secured a $465 million loan from the department in early 2010, which it fully repaid in May 2013. Ford Motor Co. and Nissan North America also both have secured loans through the program.

“We’ve done what we can to help them at this point,” he adds. “We just need to wait and see. Hopefully, they can pull it together.”

“We’re not too concerned about the letter of intent,” he says. “We have plenty of property available out in the area that they were looking at. It’s not like not having a letter of intent does anything negative to the project.”

He adds that the letter of intent ties the company to a specific piece of property, which makes applications and equity raising more viable.

Mullen signed the letter of intent in April 2019 to develop a 1.3 million-square-foot facility that eventually could employ 3,000 people. According to a previous Journal report, Mullen intends to create 55 jobs at startup and increase its staff to over 860 by 2026. That total rises to 3,000 if Mullen Energy, a branch of Mullen Technologies, brings its next-generation lithium battery research and development to the facility.

In wake of the coronavirus outbreak, Mullen Technologies has begun manufacturing portable ventilators out of the company’s high-voltage battery research and development center in Monrovia, California, this month “in an effort to aid in the critical shortages hospitals around the world are currently facing,” according to a press release.

Called the Mullen 8, the portable ventilator uses a low-draw, high-torque drive motor and uses Mullen’s battery technology. The company has dedicated 40,000 square feet of space in its facility and expects to have a production line fully operational by the end of April, with a production rate of 5,000 to 10,000 units per week.

The units are expected to be available for delivery by the end of May and are anticipated to cost no more than $3,000 a unit, according to the release.

The company announced the formation of the Mullen Funding Corp. early this year, which will provide direct auto financing and lease options for new and pre-owned Mullen vehicles, according to a release on the company’s website.

Mullen Funding is a separate business that will operate outside of Mullen Technologies and its subsidiaries. Mullen Funding expects to receive regulatory approval in the first quarter of 2020.

On the lithium battery research and development side, Mullen CEO and Chairman David Michery announced on the company’s Facebook page that Mullen had entered into a joint venture with Ukraine-based novel materials and manufacturing company NextMetals Ltd. to create a solid state battery under a new division called Mullen Next.

Since the company announced its intent to build a facility in the Spokane area, it has purchased two California dealership sites for the sale of the Dragonfly K50 electric sports car, the new name for the car originally named the Qiantu K50.

Mullen’s flagship retail site is in Oceanside, where three models of the K50 are on display, according to the company’s website. Its second retail location is in Fresno.

According to the company’s website, the electric vehicle manufacturer plans to deliver the first round of vehicles by late 2020. The K50 has an expected starting price of $125,000.