620K square feet of industrial space in works this year 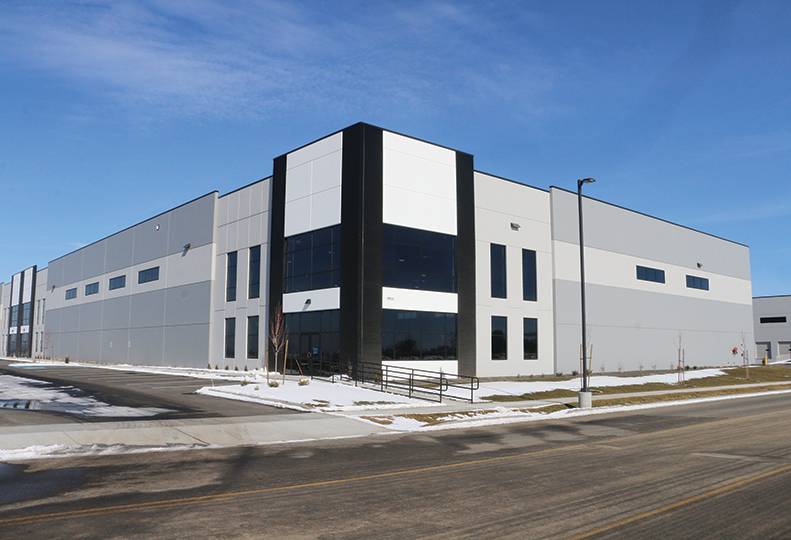 Work is progressing on a number of industrial and warehouse developments in Spokane County, where active projects will bring over 620,000 square feet of new facilities online as soon as this year.

The largest such development is the 125-acre Douglass Legacy Park, under construction at 5010 S. Thomas Mallen Road, west of the Amazon.com Inc. fulfillment center on the West Plains. The 125-acre park is envisioned to have up to 19 buildings totaling 1.5 million square feet.

So far, one 96,000-square-foot building shell is nearly complete, and two other warehouses—one 80,000 square feet and the other 75,000 square feet—are taking shape. The total construction value of the three buildings is $16 million, according to permit information.

A building permit application submitted to the county for a 140,000-square-foot warehouse structure at the park was under plan review as of March 8. Application information doesn’t list a construction value for it.

Harlan Douglass Inc. is listed as the contractor on the commerce park, and Architectural Ventures, of Spokane Valley, is designing it. No tenants have been announced yet for the development.

Also on the West Plains, site work has begun on an 8-acre site at 8817 W. Granite, where a 100,000-square-foot Fred’s Appliance Inc. warehouse is planned.

A building permit issued by the city of Spokane in October lists Yost Gallagher Construction LLC, of Spokane, as the contractor on the $13 million tilt-up concrete and steel project, and Mercier Architecture & Planning is designing it. The Spokane office of DCI Engineers is providing engineering services.

Planning documents show the facility will have seven loading docks and about 80 parking spaces.

The project site is located just east of the Northwest Farm Credit Services headquarters. The warehouse will serve as a distribution center for Spokane-based Fred’s Appliance, which operates 10 stores in Washington, Idaho, and Montana, including five in the Spokane-Coeur d’Alene area.

On the east side of the county, Spokane Valley-based Crown West Realty LLC is developing the 600,000-square-foot Barker Logistics Center near the northeast corner of Barker and Euclid roads, near the former Katerra facility on east Garland Avenue.

The city of Spokane Valley issued a building permit in January for the first structure at the development, which will be a 132,000-square foot warehouse building. Divcon Inc., of Spokane Valley, is the contractor on the $7.9 million project, and Hissong Design Group PLLC, of Spokane, is designing it. Coffman Engineers Inc. and Storhaug Engineering Inc. have provided engineering services, permit information shows.

Crown West, which also owns and operates the Spokane Business & Industrial Park, about a mile west of the new development site, says the Barker Logistics Center will be a distribution-focused industrial park, with the first building expected to be completed this year, and the rest of the 40-acre site will accommodate build-to-suit projects.

The Westwood Companies Inc., of Hauppauge, New York, is the contractor on the project, and Richard S. Kent, also of Hauppauge, is the architect.