Near nature, near top spender 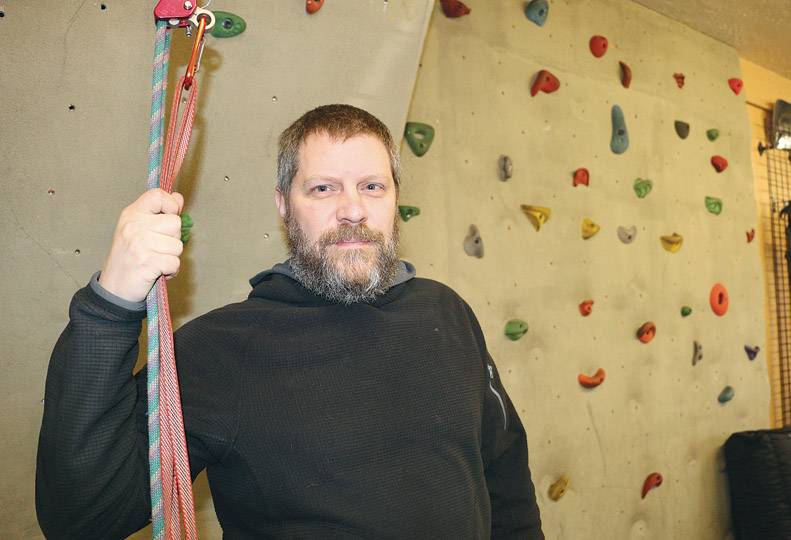 The county, which has nearly 85,000 acres of publicly-owned park and open-space land split between federal, state, multiagency, county, and city owners, has many options to offer outdoor enthusiasts, as residents are well aware.

The economic study also showed that Washington state sees 464 million participant days a year spent on outdoor recreation, resulting in more than $21 billion spent on outdoor recreation-related trips, activities, and equipment statewide annually. King County showed the highest dollar amount in expenditures, at about $5.4 billion per year, according to the study, which was performed by Tacoma-based Earth Economics.

Nautice Pham, Spokane County’s parks, recreation, and golf finance manager, says that most of the revenue the county department sees comes from user fees for its golf, aquatics, and recreation programs. For 2014, the county had revenue of $2.3 million from its golf courses, $378,000 from its aquatic facilities, and $329,000 from its recreational programs. The department also generates revenue from special events permits, property rentals, voter-supported taxes, and metal detector permits, he says.

Pham says the county parks, recreation, and golf department has 29 full-time employees and hundreds of part-time and seasonal employees throughout the year.

The city of Spokane manages more than 100 parks, conservation areas, parkways, trails, and the John A. Finch Arboretum, totaling over 3,000 acres, in addition to its aquatic centers, sports complexes, and four golf courses.

“Our summer activities include whitewater rafting, canoeing, hiking, and biking,” Griffith says. “We do a lot of those things in-house with our trained staff, or we work with private businesses and outfitters.”

Rachel Giachetti, an accounting clerk with the city, says the city has 87 permanent employees in the parks, recreation, and golf department. During its peak in the summer, the department has about 600 employees, most of whom are temporary workers, she says.

Griffith says that for 2014, the city saw about $77,680 in revenue from its outdoor activities and $344,000 from its aquatic centers. The city’s bigger money-maker is golf, bringing in about $2.9 million in revenue last year, he says.

Chase says the county’s natural and conservation areas have been growing in popularity the last few years.

“We’ve been very successful in the installation of trailhead parking in the last five to 10 years,” Chase says. “We’ve learned from users how important access is.”

On the outdoor recreation retail side, Lon McRae, owner of rock climbing and mountaineering shop Mountain Goat Outfitters at 12 W. Sprague downtown, says the climate and location of Spokane help get people into outdoor recreation.

Mountain Goat, which has been operating here for more than 14 years, has three employees and its building has 7,000 square feet of floor space. McRae declined to disclose sales figures for the shop.

McRae also says the areas of outdoor recreation that he’s seen grow in that time are those that can be translated to urban settings, like climbing.

“With climbing gyms and bouldering, it’s grown with young people more because it makes it urban,” he says. “A lot of kids have come into bouldering.”

Bouldering, which is a type of rock climbing that doesn’t use ropes or harnesses, is seeing some crossover with kids who’re into action sports such as skateboarding, McRae says, because it involves mastering tricks.

“It has some of the same appeal,” he says.

The efforts by the city and county to open and maintain conservation areas also has helped get people into climbing, and therefore helped his business, McRae says.

“They opened up Rocks of Sharon; now there’s formal access,” he says. “And Dishman Hills, which kept access open for Dishman Rocks.”

McRae says that getting access to outdoor recreation here is pretty simple, if you know where to go.

“As far as access to hiking, snow shoeing, and all that … this town’s pretty good for that just because it’s already there,” he says. “There is a lot people here aren’t aware of … but, people who move here from other places talk endlessly about how much outdoor recreation there is here.”

Looking toward the future, McRae says he thinks Spokane would benefit economically from a whitewater rafting park. Previous plans for such a park never materialized, he says.

“When you look at cities that have them … it provides a gathering place, a park-n-play area for people to get off work and take a boat down and get on the river,” McRae says.

“It would be really beneficial to more than just the outdoor community,” he says. “ … There are benefits to side businesses, like restaurants and shops.”

In general, promoting outdoor recreation is a good idea for the city, McRae says.

“It’s something we should really capitalize on, as a city that wants people to move here and live here and grow up here,” he says.

“Our strongest would probably be camping and backpacking, as far as overall dollars when you put clothing and hard goods and everything into it,” Barrett says. He declines to discuss specific sales figures.

He says it’s the same for the company’s online store, which sells gear nationally. Mountain Gear’s retail store is located at 2002 N. Division, and its corporate offices are at 6021 E. Mansfield.

“The gym climbing has grown, and continues to, and that’s made (outdoor) climbing relatively healthy,” he says. “Also, I think we’re going to have a good backpacking year, with this relatively warm winter.”

Barrett does say that snow sports have had a tough time with the mild winter.

“We definitely didn’t have a banner year for snow sports, but it’s been adequate,” he says.

“It seems like we’re getting growth in cycling for sure,” he says.

Andreasen says The Bike Hub, which has locations at 1403 W. First downtown and 12505 E. Sprague in Spokane Valley, is selling more full-suspension mountain bikes than any other of its higher-end bikes. He declines to disclose specific revenue figures.

Andreasen, who has 10 employees, says that mountain biking has been gaining popularity here thanks in part to improved access to trails.

“There’s definitely been a lot more availability and signage on all of our trail networks,” he says. “We’re getting more trails put in and getting more people involved.”