New store offers blast to past for kids, adults 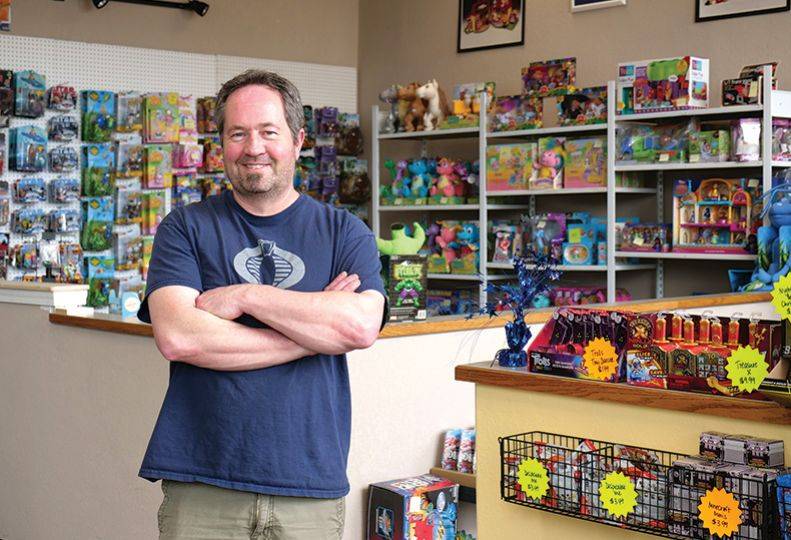 -—Virginia Thomas
Aaron Nevers has opened Never Enough Toys in Spokane’s North Bank area. The name is a play on his last name.

A toy store specializing in retro and vintage toys has opened on Spokane’s North Bank, at 907 W. Boone.

Owners Aaron and Sami Nevers say many adults who enter Never Enough Toys are charmed by the nostalgia of seeing toys from their childhood.

“A parent can bring their kid and be like, ‘look at this, I played with this,’” Aaron Nevers says.

Most toys in the store were made at least 20 years ago, Sami Nevers says.

“There's a big market for older toys,” she says. “That's what we try and stick to, the older stuff.”

Never Enough Toys carries toys that those in the millennial, Gen X, and baby boomer generations will recognize from childhood.

The store carries action figures and toys from well-known movies and television shows, such as “Star Wars,” “Teenage Mutant Ninja Turtles,” “Spider-Man,” “A Bug’s Life,” and “Dragon Tales.” Never Enough Toys also sells board games, including some 1960s games such as Mouse Trap.

Aaron Nevers says his favorite toys are the G.I. Joe action figures. The most expensive toy in the store is a set of five used G.I. Joes that are priced at $500.

“You had to buy them at Toys R Us in 1986,” Aaron Nevers says. “What makes them worth it is that they have tiny accessories, which most kids lost.”

Not everything in the store is a pricey collectible, and not every item is from before the invention of Wi-Fi, he says.

Aaron Nevers says he’s been buying and selling toys online for several years and collected toys for many years prior. This year, he turned 50 years old, and the Neverses decided to mark the occasion by committing to a brick-and-mortar store.

Toys—especially collectibles—have experienced a surge of interest in recent years, he says.

“Prices went up during the pandemic,” he says. “People started paying crazy amounts for toys.”

G.I. Joe action figures have doubled or sometimes tripled in price from pre-pandemic prices, he says. Some people who had been collecting toys likely realized that prices had begun to rise and decided to take the opportunity to sell.

Aaron Nevers, who has transitioned to part-time at his other job, is the only employee at Never Enough Toys, and he says he doesn’t intend to hire any additional employees. The couple say the name of the toy shop is a play on their last name.

Natural 20 Brewing Co. has leased space near the Spokane Arena for a second location, according to a press release from commercial real estate brokerage SVN Cornerstone, of Spokane.

A new bar has opened in the Little Noodle restaurant at 713 W. Garland, in the Garland District of Spokane.

Owner Kadra Deuber says she has partnered with Steve Barclay, former general manager of Spokane restaurant The Viking, on the venture.