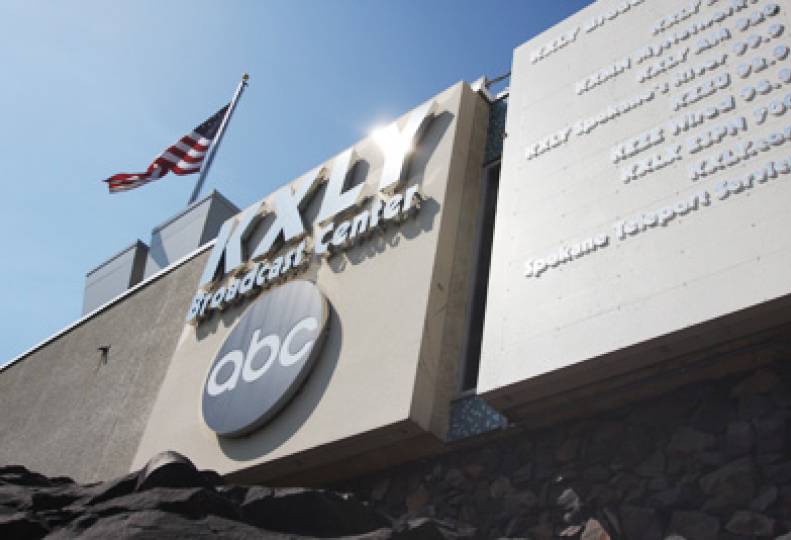 Due heavily to falling advertising revenues, the Spokane-area news media industry and related industry subsectors have shed 500 jobs since peaking in 2006, with the most precipitous decline occurring over the last 12 months, figures show.

Some of the most visible cuts have been at Spokane's daily newspaper, The Spokesman-Review, which has implemented several staffing reductions over that time, along with taking other cost-cutting steps, including shrinking the size of the paper.

Broadcast media, though, have felt the sting of slipping ad sales as well, with all of the TV stations here cutting expenses, such as by trimming jobs, keeping vacant positions unfilled, reducing pay levels, imposing unpaid furloughs, and suspending matching contributions to employees' 401(k) plans.

All of the industry executives interviewed blame the advertising fall-off largely on the recession, and say they expect ad revenues to begin to rebound as soon as the economy regains some strength and consumer confidence and spending starts to climb. What they're less certain about is whether those revenues will ever return to their former highs, due partly to more people getting their news and entertainment fixes from the large number of alternative Internet, cable, and satellite offerings.

"Obviously, what matters for us is our primary advertisers starting to bounce back," says Jerry Post, news director at KXLY-TV. Until that happens, he says, "We're trying to find ways to just get through this. It's a temporary setback."

Jamie Aitken, general manager at KREM-TV, says, "You simply need to look across the media landscape this year, and we're all going through it. We're battling (advertising) categories that are significantly down. You see little glimmers here and there of some categories coming back, but then you see them disappear again. I believe we're in a crisis of confidence, and rightly so."

"Within the four subsectors, there are some growing and some decreasing," Tweedy says, but he adds that confidentiality stipulations prohibit him from talking more specifically about which subsectors are expanding.

Though overall employment reduction numbers for The Spokesman-Review weren't immediately available, the newspaper has trimmed its work force dramatically over the last several years through a combination of layoffs, early-retirement incentives, and attrition.

Its latest layoffs came just last month, but it also has sought to trim employee-related costs in other ways, such as through unpaid furloughs, pay cuts, and reduced hours.

"I think we're all hoping this is behind us," says Shaun O'L. Higgins, sales and marketing director at the daily paper. "The only time newspapers have been through anything quite this bad was in the Great Depression. For media, this is easily as bad as the Great Depression."

The Spokesman-Review, owned by Spokane-based Cowles Co., which also owns the Journal of Business and KHQ-TV, doesn't foresee any more layoffs over the rest of this year, Higgins says, adding that some signs of economic recovery already are beginning to appear. Though daily newspapers across the country have seen a protracted decline in advertising revenues and circulation, attributed largely to the Internet, Higgins says he believes the recession is to blame for 70 percent to 90 percent of the most recent revenue slide.

"When the economy recovers, media will recover," he says.

The biweekly Journal of Business, which circulates to about 15,000 business owners and managers in the Spokane-Coeur d'Alene area and employs 22 people, hasn't been forced to lay off any employees, but has implemented a number of cost-cutting measures due to weaker ad sales in recent months, Publisher Greg Bever says.

Ted S. McGregor Jr., editor and publisher of The Inlander, Spokane's urban weekly, which has about 30 full-time employees and also uses a stable of freelancers, says, "We kind of amazingly got through the first six months even," down less than 1 percent in revenue.

"Our newspaper didn't have anywhere to fall. We've always been bare bones," compared with a lot of other urban and alternative weeklies nationwide that had beefed up their staffing and now have fallen on hard times, he says. Revenues at The Inlander have been softer in July, he says, causing him to wonder whether the slowdown here simply might be lagging the national trend.

"All media is facing this sort of shuffling of the deck, and we're just trying to survey our new landscape and see how we fit in," he says. "I think everyone is trying to figure out how do we stay relevant and vital."

KXLY-TV recently gave employees the option of taking either a temporary pay cut or a one-week unpaid furlough. That action came less than a year after the station laid off 18 employees and eliminated some weekend programming. Post, the news director, says the latest cost-cutting step kept the station from possibly having to eliminate eight more full-time jobs.

"We feel comfortable with our (staffing) position for the next months," he says, adding that it's difficult to make any longer-range forecasts. The station has been hit hard by a decline in advertising in some traditionally strong areas, such as auto, retail, and health care, he says.

Post says he thinks the broader variety of nontraditional media offerings, including via the Internet, are "certainly a piece of the puzzle to what's happening right now," but that it's hard to separate the impacts they're having on local TV stations from those caused by the general economic slump.

"We continue to put more emphasis on our online offerings," he says. "We're very busy, and everybody's got to play a part with everything we do online."

Patricia McRae, president and general manager at KHQ-TV, says that station hasn't laid off any employees, but currently has five positions it's leaving open to hold down expenses.

"We run on a pretty lean staff," which so far has helped stave off the need for work-force reductions, she says, adding, "My whole approach has been keeping morale intact."

Nationwide, broadcasting industry advertising revenues are down probably 20 percent from last year on average, McRae says. The industry is changing, and partly in response to those changes, KHQ has launched a 24-hour digital sports and weather channel, SWX, but that has added a lot of extra work to the station's already busy staff, she says.

KREM-TV, or KREM 2, laid off about a dozen employees earlier this year and also has eliminated some positions through attrition as it seeks to bring costs into balance with softer revenues, which are down probably 10 percent this year, Aitken says.

"I think we'll see a spike" of resurgence in advertising revenues when the economy finally turns around fully, he says, but he adds, "I'm just not optimistic that that's going to happen anytime soon."

KAYU-TV General Manager Jon Rand says that station has more employees than it did a year ago, and hasn't laid anyone off, but has taken steps to cut costs, including by limiting salary increases, reducing sales staff expenditures, and suspending temporarily its matching contribution to employees' 401(k) plans.

"We've been fortunate to not make nearly as deep of cuts as some people," Rand says.

The station, which employs about 60 people overall, counting offices in the Tri-Cities and Yakima, operates a lean staff and saves money by having KHQ-TV produce its news content, he says. Also, it has program offerings that are "as good as they've ever been," he says.

Rand adds, "I kind of think television as an advertising medium is somewhat of a precursor to what's going on in the economy. We're starting to see things look up pretty strong."