Next phase of expansion starts at Bella Tess apartment complex

Addition to bring total number of units to 600 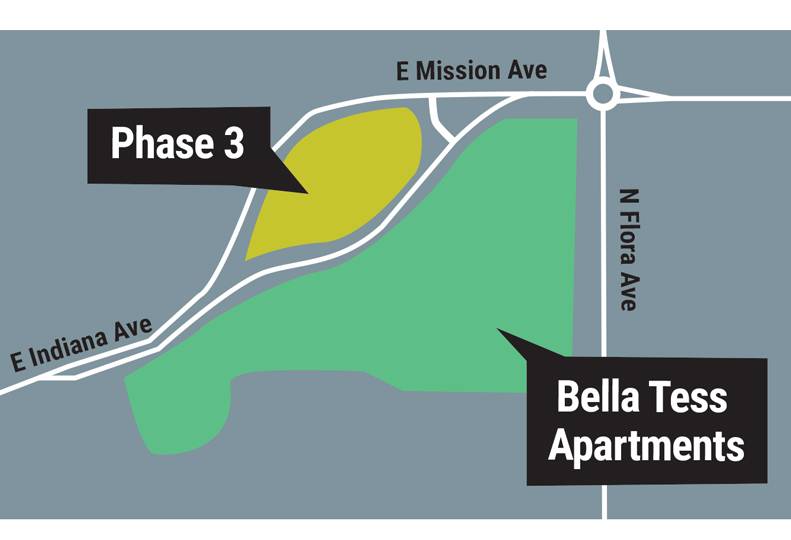 The city of Spokane Valley has issued permits for the $18.7 million third phase of the Bella Tess apartments.

The project site is at 16624 E. Mission Parkway, just west of the existing Bella Tess apartments, at 17016 E. Indiana Parkway, east of the Spokane Valley Mall.

Bella Tess’ website states apartments range from 540-square-foot studio units to 1,300-square-foot three-bedroom units and have monthly rents ranging from $925 to $1,645 a month.

Diamond Rock and Bernardo|Wills were also the construction and design team for the first and second phases of Bella Tess.

Construction on the Bella Tess apartments began in 2016 with the first phase, a $17.5 million, 252-unit project that included a 4,400-square-foot clubhouse. That phase was completed in 2017.

The second phase added 192 units with an estimated construction value of $20.3 million. That phase wrapped up in 2018.

With the third phase, total units at Bella Tess will come to 600, making it one of the largest apartment complexes in Spokane Valley. In total, the construction value of the three-phase complex comes to about $56.5 million.