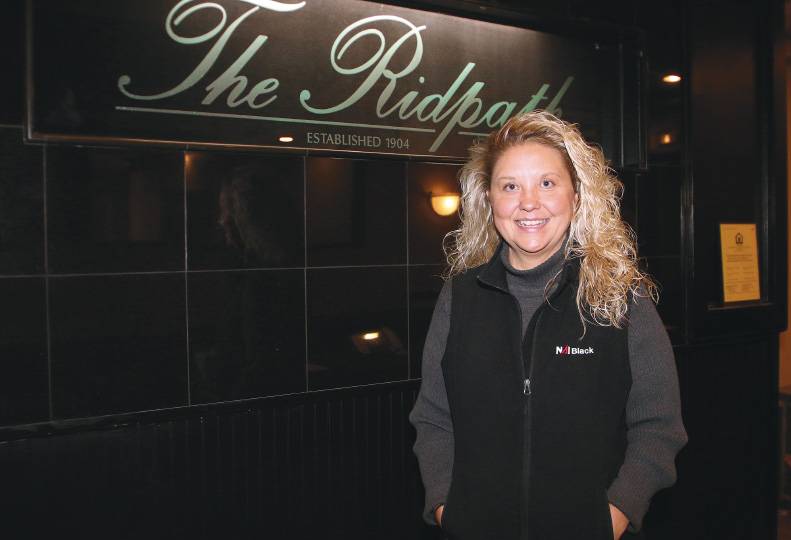 -—Natasha Nellis
Black Realty Management Inc. President Kim Sample and some of the property managers who work with her are participating in the new network.

Dozens of landlords and representatives of Spokane County nonprofit agencies that serve low-income and homeless people have partnered to create the Spokane Landlord Liaison Network, which aims to increase affordable housing options and provide more support for participating landlords.

“When there’s so many different agencies out there, and we all have a landlord liaison, and we’re all out there knocking on the same doors, why are we not collaborating together to ease the process for everyone?” says Christie.

“We want to prove to landlords that there’s a value add in working with us beyond the altruism that is housing somebody who is homeless,” says Sampson. The network provides education opportunities to keep landlords apprised of new laws, policies, and resources available, as well as support for landlords and tenants when issues arise.

Enacted Sept. 30, House Bill 2578, or the source of income discrimination law, prohibits landlords from discriminating against tenants who use federal, state, or locally issued benefits to pay rent in Washington state.

Under the Landlord Mitigation Law, enacted June 7, landlords housing low-income tenants using a housing subsidy program are eligible for reimbursement for improvements, damages, or unpaid rent, provided the landlord secures a statewide vendor identification number and files the proper paperwork, according to the Washington state Department of Commerce website.

Landlords who receive reimbursement from the program are prohibited from taking legal action or pursuing collection from the tenant.

Sarah Tosch, housing outreach manager with YWCA, says, “A lot of landlords might be apprehensive about renting to people perceived as being a higher risk tenant, and the mitigation funds can help alleviate some of that apprehension, because it gives them something to fall back on if things do go south with that renter.”

Several members of the organization stressed that their role is to advocate for both parties, not only to provide support for tenants but also for landlords, to ensure that they don’t have to go through costly evictions.

Kim Sample, president of Black Realty Management Inc., says, “As a management company that provides affordable housing throughout the greater Spokane area, including the management of the Ridpath Club Apartments, we are excited to work with the new Landlord Liaison Network. Providing rental information resources and guidance to low-income tenants as they look for new housing solutions will benefit everyone involved, both the landlord and tenant. This is a win-win housing operation for Spokane.”

The Ridpath Club Apartments are located at 515 W. First in downtown Spokane and are currently being remodeled. According to its website, “80 percent of the property will be rented as affordable housing apartments with restricted rents based on income limits.”

Sample says the Ridpath currently houses 95 tenants and will have a total of 206 units when the remodel is complete.

Beyond the role of advocate and teacher, members say the network is about collaboration between the different programs to find the right tenant for each property. Daniel Klemme, landlord liaison with Goodwill Industries, says simply because a unit won’t work for a client at Goodwill, doesn’t mean it wouldn’t work for someone at another program.

“We want to help (landlords) fill their units, ideally it’s a partnership,” says Klemme. “Part of our job is to be part of that process, to make sure our people don’t get left behind. … We’re trying to get creative and not fall too far behind the bell curve on the rent going up and what our programs can pay for.”

One of the main concerns mentioned by members of the network was the demand for low-income housing in Spokane.

A study released by the Runstad Department of Real Estate at the University of Washington states the apartment vacancy rate for Spokane County in Spring 2018 was 1.3 percent, and 2.7 percent statewide.

Spokane County had 1,245 people living in emergency shelters, transitional housing, or unsheltered in January, a 14 percent increase compared with January 2017, according to the 2018 Spokane Regional Point-in-Time Count fact sheet compiled by the City of Spokane’s Community, Housing, and Human Services Department.

“There’s not enough units, and there’s a lot of people signed up trying to get into them,” says Sampson. “Anything that we can do to try to help get an edge. It’s like fair market housing. There are so many buildings around here that are being turned into higher-end housing; we need more affordable housing.”

Sampson says a person on a waitlist can expect to wait for over a year before being accepted into a low-income unit.

The network’s current priority, however, is to create a universal landlord packet that could hold all the information required by the various agencies to streamline paperwork, versus having landlords fill out separate forms for each agency they wish to work with, Christie says.

The hope, says Christie, is to simplify processes to get as many landlords to participate in housing programs as possible.

“When you think about the need out there—it’s not like there’s like 20 people that are in need, there’s hundreds of people in need, so the more that we have that are willing to come and join us, the better off we are.”