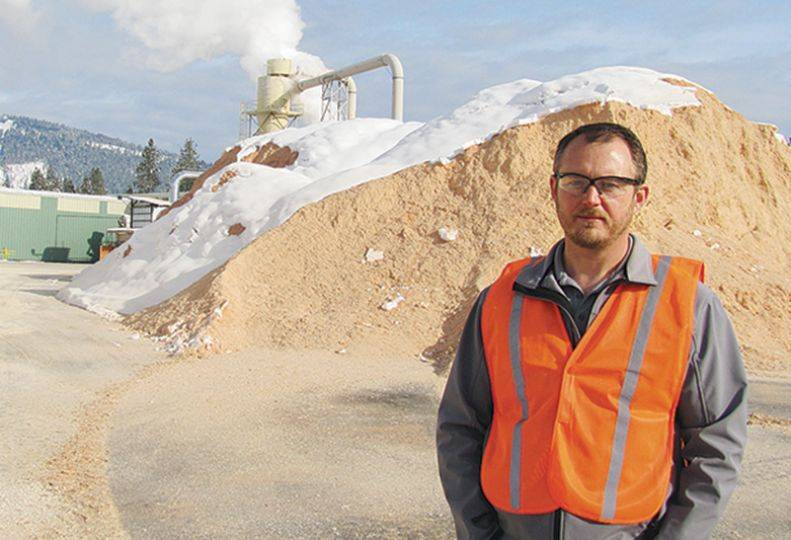 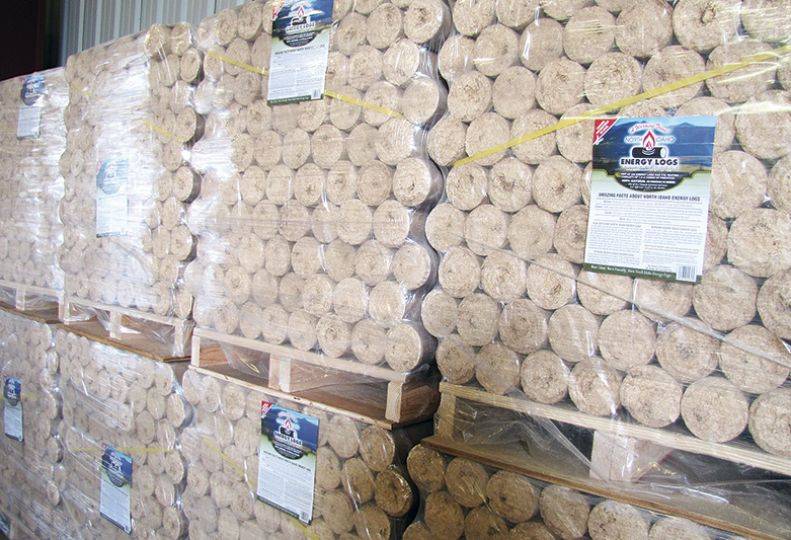 -—Keith Erickson
The Moyie Springs, Idaho, plant operates at near capacity 24 hours a day, five days a week. It receives sawdust and shavings from mills within a 100-mile radius of the plant.

As winter approaches and outside temperatures drop, business at one remote company, North Idaho Energy Logs Inc., is blazing.

Clark Fairchild, the company’s co-owner and general manager, says production is on an upswing at North Idaho Energy Logs with the winter season looming, although Fairchild emphasizes the company is busy year-round.

“Right now, we just cannot produce enough product,” Fairchild says during a recent tour of the Moyie Springs, Idaho, plant. “We’re busy now, but even in the summer months, we’re in operation around the clock to keep up with demand.”

Located near the Canadian border and about six miles east of Bonners Ferry, North Idaho Energy Logs has been in business since 1986.

The company produces about eight tons of wood pellets and compressed wood logs an hour during the peak season.

Although some of its equipment is vintage, co-owner and general manager Clark Fairchild asserts it’s efficient, and the plant has kept up with the times—combining decades-old machinery that still does the job with advanced robotic technology.

The automated equipment bags pellets on pallets while moving logs onto flats in the sprawled-out facility situated on 20 acres at 1270 Roosevelt Road.

“The energy logs and pellets that we produce are strictly wood fiber,” Fairchild says. “There are no binders or additives whatsoever.”

That results in a cleaner, hotter burn, he claims.

With a population of just over 11,300 in Boundary County, employers like North Idaho Energy Logs can make a difference, he says.

“Not only are the wages competitive,” he says, “we offer full medical benefits, a great insurance package, and paid holidays.”

All of that helps keep the turnover rate low, he says.

“We have employees who have been with us 25-plus years,” Fairchild says.

North Idaho Energy Logs’ customer base spans across the Pacific Northwest, and into Wyoming, Utah, and Arizona, as well as east into New England.

“We really watch the different regions as to what’s happening as far as their need for wood fuel,” Fairchild says. “And then we determine if it’s economical to get our product there.”

“We do have very high standards on what we produce, and that makes us more marketable,” Fairchild claims. “We put together a higher quality blend of wood products to make a top-quality wood pellet and fire log.”

Fairchild contends energy logs are more economical than market-rate cord wood. A full 240-log unit of North Idaho Energy Logs’ product, consisting of 240 logs at the cost of around $170, has the same heating capacity of 1 1/2 to two cords of cut firewood, which sells for around for $225.

The Moyie Springs plant operates at near capacity 24 hours a day, five days a week. The company also has a plant in Hauser, Idaho, some 90 miles southwest of its Boundary County headquarters.

The Hauser operation, which produces wood pellets only, employs seven people and contracts out its trucking services, Fairchild says.

To manufacture the products, raw wood fiber in the form of shavings and sawdust is delivered to the Moyie Springs and Hauser operations from multiple mills located within a 100 radius of the plants. He declines to specify where the wood fiber come from, but says there’s an ample regional supply.

The company’s main clientele is made up of retailers such as farm stores and lumber yards, Fairchild says.

“They’re set up to handle truck quantities because we don’t sell one or two pallets at a time,” he says.

“It’s a great business; a productive business that pays above the local wage of the community, and they’ve been a steady employer for a number of years,” Weed says. “Their market continues to grow, and they continue to produce more.”

As one of the major employers in Boundary County, Weed adds, North Idaho Energy Logs contributes a significant amount to the economy.

“What we really like is that the dollars earned by its employees are generally spent within the county, so other businesses also get those dollars,” he says.