Downtown project to have 60 living units 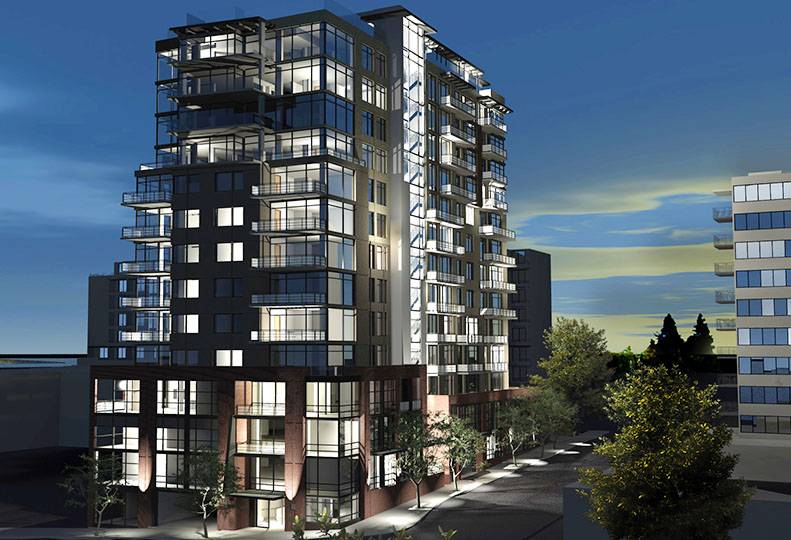 The city of Coeur d’Alene has issued building permits to an Aspen, Colo.-based real estate development concern that give it the go-ahead to construct a $20 million, 15-story high-rise.

The development company, One Lakeside LLC, which owns the 20,000-square-foot lot at the northwest corner of First Street and Lakeside Avenue, near the west edge of downtown Coeur d’Alene, is a subsidiary of prominent Aspen-based developer Austin Lawrence Partners LLC.

Hills earlier had told the Journal that the mixed-use project, as envisioned, would include 60 luxury apartment units with one, two, and three bedrooms and living space ranging from 750 to 3,400 square feet. He also has said the project design includes ground floor commercial space in hopes of attracting a restaurant on the street level of the building.

Austin Laurence Partners’ website says the residential aspects of the project will include high-end finishes and appliances, a rooftop outdoor pool, and an exercise facility. The building also will include a private entry, parking and storage for residents.

Salt Lake City-based UPA Resort Construction Group is the contractor on the project, and Denver-based Oz Architecture designed it.

To make room for construction, One Lakeside plans to raze a two-story apartment building that occupies the project site. The building, known as the Mudge building or the Beutler building, is vacant and surrounded by construction fencing. One Lakeside hasn’t obtained a demolition permit yet, says Cori Wood, of the Coeur d’Alene building department.