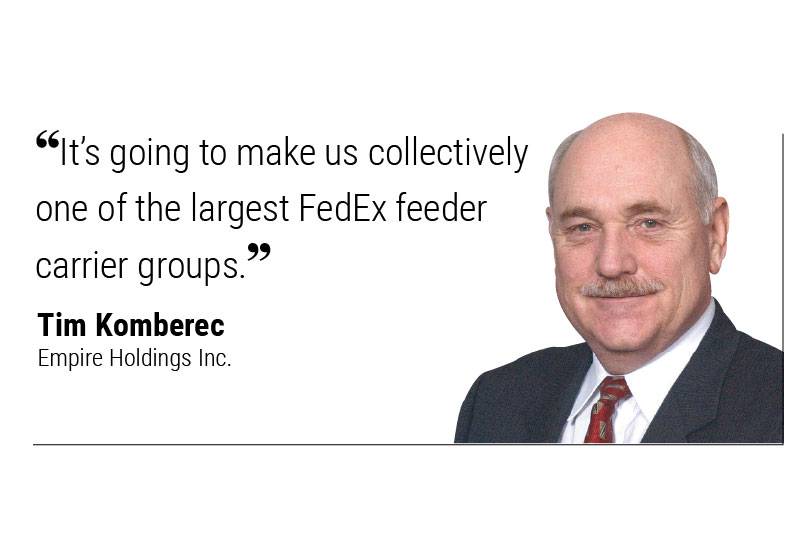 West Air is continuing to operate as a standalone entity as part of the Empire family of companies, says Tim Komberec, chief executive officer for Empire Holdings.

The acquisition, effective Jan. 1, has added West Air’s 33 Cessna Caravan airplanes to Empire’s fleet of 38 Cessna Caravans and 15 twin-engine ATR aircraft, for a total of 86 aircraft.

Komberec says the transaction is expected to improve Empire Holdings’ marketplace standing in the U.S. and Canada.

“It’s going to make us collectively one of the largest FedEx feeder carrier groups,” he says.

He declines to disclose the terms of the transaction.

Komberec says he is serving as the new CEO of West Air, while the current president and management staff will stay intact. He expects all of West Air’s 80 employees to stay on board as well, which will increase Empire Holdings’ workforce to about 430 employees.

In the transaction, Empire has gained an expanded service area in California. Previously, it operated one aircraft in the entire state, Komberec says. West Air operates about 60 flights five days a week, with routes throughout California, Nevada, and Utah, he adds.

Komberec, who’s known the owners of West Air personally for a number of years, says they approached Empire Holdings with the sale offer after deciding to retire from the business to pursue other interests.

West Air was founded in 1978 and has worked as a FedEx feeder operator since 1987.

Empire Airlines was founded in Hayden in 1977 and began FedEx feeder operations in 1988.