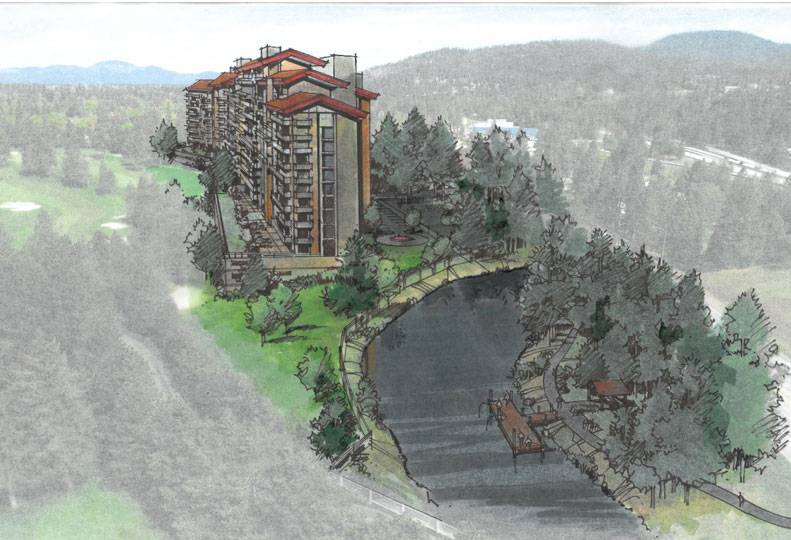 Preliminary plans submitted to the city of Coeur d’Alene show the company plans to construct three 220-foot towers with a combination of 275 hotel, condominium, and apartment units.

Representatives of the company decline to comment for this report.

No construction value has been listed yet for the development, which tentatively is referred to as the Ashton in early planning documents. As currently planned, however, each tower would be somewhat larger than the recently completed $20 million mixed-use Lakeside One tower, near the west edge of downtown Coeur d’Alene. That could put the total value of the Ashton development at well over $60 million.

The development site encompasses about 4 acres of land located south of Mullan Avenue and west of Coeur d’Alene Lake Drive, adjacent to the north end of the golf course.

Hilary Anderson, community planning director for the city of Coeur d’Alene, says planning documents submitted so far don’t list an architect or contractor for the development.

The development has received land-use approval from the city’s planning commission. It must still go before the city’s design-review commission before Hagadone Hospitality can seek construction permits.

The towers, which would be built in separate phases, would have at least 16 stories with parking facilities constructed on the first four floors of each building, three to four floors of hotel units, and nine to 10 floors of living units, a note included in planning documents says.

No construction time frame is outlined in planning documents.