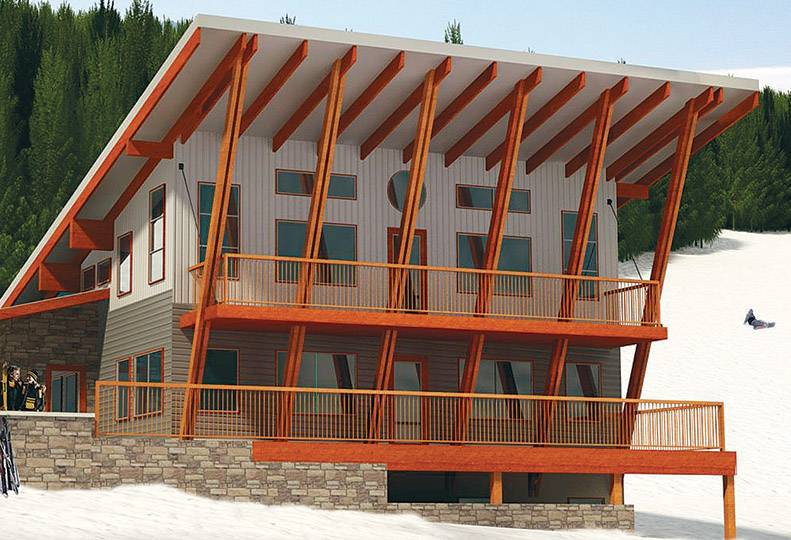 Brad McQuarrie, general manager at Mt. Spokane Ski & Snowboard Park, about 30 miles north of Spokane, says Mt. Spokane and other Inland Northwest ski resorts have been fortunate in recent years being able to open on or before Thanksgiving. They still need a good storm or two soon if that’s going to happen again this year, he says.

With Christmas and New Year’s Day both falling on Thursdays this year, it should make for some long, busy weekends at the ski resorts, he says.

Lesson packages also are selling well, he says. “The ski school is up 25 percent, and last year was great, too,” he says.

Mt. Spokane had a few inches of snow as of last week. “When people can look up and see Mt. Spokane all white, we always get increasing traffic on the web and phone,” he says.

He says Mt. Spokane will open as soon as there’s enough snow to make the terrain safe.

“It depends on the density of the snow. We could get two feet of dry snow and have to move it around, or we could get 18 inches of heavy wet stuff and open on that.”

Mt. Spokane will have a new natural terrain park, he says. All features will be made from downed logs and other objects and natural formations existing within the area.

Also, Mt. Spokane has a new food and beverage manager who is upgrading the resort’s menu, McQuarrie says.

The rental shop has been made into a full-service shop that will offer custom boot fitting and ski tuning, he says.

The Nordic center, which will be located next to the Selkirk Lodge, will have classic and skate gear for adults and kids. It also will have snowshoe rentals and offer some accessories.

Fitness Fanatics Inc., of Spokane, which specializes in Nordic skiing, bicycling, and triathlon equipment, will operate the center.

Looking ahead, McQuarrie says he expects a decision this week on the park’s long-planned backside expansion in which the resort would install a new chairlift and create seven runs northwest of the current 1,425-acre ski area. The project was approved by the Washington State Parks Commission in 2011, but it has been held up in court on an appeal in which a judge determined the commission’s decision was void because the proposal lacked an environmental impact statement.

Now that an EIS has been included in the proposal, McQuarrie says he anticipates a favorable decision for the expansion plan.

Full-priced adult lift tickets are $52 on weekends and holidays, and $39 on midweek nonholiday dates.

“It’s nice to get a little bit of a head start,” Mirus says, adding, “We’re hoping for some help from Mother Nature.”

He says Schweitzer might announce opening dates this week.

Schweitzer has spent more than $1 million on behind-the-scenes improvements over the last year, Mirus says.

“We’ve also upgraded our snowmaking equipment and added a groomer,” he says.

Mirus says Schweitzer hopes to announce before Christmas its plans for a mountaintop day lodge.

He says the envisioned 8,000-square-foot lodge would include a restaurant and would have a 360-degree view into Idaho, Washington, and Montana.

Mirus estimates Schweitzer would invest $2 million to $3 million in the project.

“We’re trying to figure out how to do utilities,” he says. “The biggest difficulty is finding and sourcing water to the mountaintop.”

The resort employs 500 to 700 people throughout the ski season.

Alexis Hartmann, marketing director at 49 Degrees North Mountain Resort, near Chewelah, about 60 miles north of Spokane, says the resort has expanded its maintenance and brush cutting to maximize the terrain available early in the season.

The resort also has a new fleet of rental skis that are updated to an all-mountain style with earlier rises in the tips and tails, Hartmann says.

The terrain park at 49 Degrees North will have five or six new features, including a big box and rails added this year, she says.

The resort has seen about a 30 percent increase in skier visits since it added its Angel Peak chairlift in 2012, opening 200 acres of new terrain, she says. In all, the resort encompasses 2,324 acres with 82 runs.

Hartmann says the resort likely will employ up to 200 people and have 120 volunteers during the upcoming season. Adult full-day lift tickets are $54.

“One good storm could get us open,” she says.

“A big variable will be siting,” he says, adding that the resort is looking at potential options for project sites on private and U.S. Forest Service land.

“We’re studying the scheme for bringing in utilities,” he says. “That will make a lot of difference” in cost.

Construction is expected to begin in 2017.

Like at the other resorts, workers at Lookout Pass Ski & Recreation area, located 90 miles east of Spokane on the Montana-Idaho border, have been cleaning up the ski terrain, says general manager Casey Hatfield.

“We’ve been cutting brush on runs so maybe we can get to them sooner and ski sooner,” Hatfield says.

Lookout Pass also has added some smaller features at the Huckleberry Jam beginner terrain park, and has enhanced its more advanced Boarderline terrain park with an additional feature, Hatfield says.

He says he expects the resort will open with 30 employees and will end up with 75 full-time employees by the peak of the season.

Hatfield says Lookout gets an average of 400 inches of snow per season. “We get the Montana cold with the Pacific storms,” he says.

As of last week, the resort had eight inches of snow in its upper elevations.

“We’ll open as soon as we can,” Hatfield says. “We can open with 14 inches of heavy snow at the lodge.”

Hatfield says the resort hopes to see 70,000 visitors in the upcoming season, after the last season fell slightly short of the record-setting visitor numbers a year earlier.

Looking to the future, Hatfield says Lookout is making progress on its plan to expand the resort with a chairlift on another peak that would open up 700 acres of new ski terrain.

“It’s looking right how like we might finish up (the permitting process) in the fall of 2016 and go for final approval,” he says.

Adult lift prices are $40 on weekends and holidays, and $38 on nonholiday weekdays.

“We’re ready and willing to go and waiting to see what nature brings to us,” Scholey says.

He says two runs that debuted last year, Bootlegger and Shady Lady, will be even better this season because the snow fell last year before the brush clearing was completed.

“We got it all done this year,” Scholey says. “Shady Lady will be my favorite run on the mountain.”

The ski resort has 74 runs and two terrain parks.

Silver Mountain also has expanded its Progression beginner terrain park which will enable young and adventurous skiers and boarders to learn how to hit the rails, he says.

Silver Mountain will open with about 180 employees and ramp up to 230 employees during the peak of the season, he says.

Full-day adult lift tickets are $53 on most days and $57 during peak holiday periods.

Starting in January, Silver Mountain will introduce its Fast Tracks early bird program in which skiers can make online reservations to have breakfast at the lodge and then hit the slopes before the resort opens to the general public.