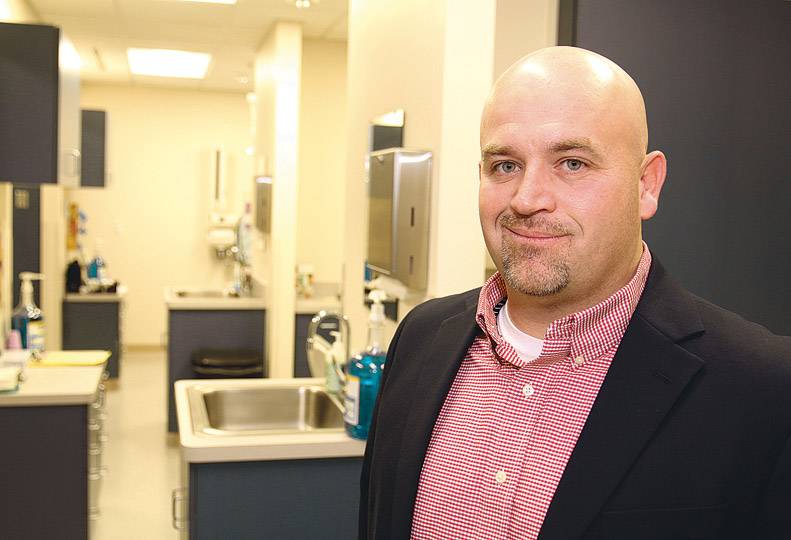 -—Mike McLean
Mike Baker says Heritage Health’s Coeur d’Alene clinic provides medical, dental, and mental health under one roof to its patients regardless of their ability to pay. The nonprofit changed its identity last year, though, partly to attract more paying customers.

Although Heritage Health is set up to accept patients regardless of whether they have insurance, the nonprofit health care network broke even last year and hopes to start a modest reserve fund this year, Baker says.

Along the way, Heritage Health has increased the ratio of insured to uninsured patients.

“We have a mission, and we have a business. Nobody runs a business with 75 percent of their customers unable to pay,” Baker says. “We had to look at where we were as a business and how to balance it with the mission.”

To reach toward that balance, the clinic developed a model that would be sustainable on federal and state insurance and subsidies, he says, adding, “We love patients with Medicaid and Medicare. We can thrive with that group.”

That doesn’t mean anyone isn’t welcome, he says.

Baker says that the individual mandate under Obamacare that requires everyone to have health insurance hasn’t resulted directly in a big jump in the rate of those insured in Idaho yet. He says there’s still a large gap of the underemployed population that earns too much income to qualify for Idaho health care subsidies, but doesn’t earn enough income for federal insurance subsides to kick in.

“Just come if you don’t have insurance, and we’ll figure it out so it’s affordable,” Baker says. “We haven’t shut down access to the uninsured, but if you come here as a patient with insurance, that money helps take care of your neighbor.”

To draw in more community members, including those with the ability to pay, Dirne Clinic literally had to change its identity.

Baker says many people in the community had perceived Dirne Community Health as “only for poor people.”

Dirne founded the original community health clinic in 1985 with the mission to help people who had no access to health care. Smart was a dentist friend to whom Dirne referred many patients.

“Most of our patients can see their doctors, dentists and therapists all in the same building,” Baker says.

Patients typically can schedule an appointment with a provider within 24 to 48 hours. In rare cases, it can take up to two weeks to see a specific provider, he adds.

Some of those specialists now rotate through Heritage Health on a volunteer basis once or twice a month.

“We’ve always had primary care,” Baker says. “But in the past, if you needed to see a specialist, it was harder once you left the building.”

Since moving its main clinic to the Ironwood district, Heritage Health has opened satellite medical clinics in Rathdrum and Kellogg, and a mobile clinic that serves students in the Lakeland School District in north Kootenai County.

For its next clinic, Heritage Health is working with Kootenai Health and the Panhandle Health District on a plan to open a multi-agency health center in Post Falls.

“It will be all under one roof to provide comprehensive health care,” Baker says.

Preventive care has the potential to save an average of $2,000 per patient a year, he asserts.

Heritage Health is operating under an annual budget of just over $10 million and is projecting a $12 million budget for next year.

The rest is covered through fundraising.

“We try not to be a burden to the community. My goal is to be as efficient as we can so our model supports us on a break-even basis,” he says, adding, “This year, it looks like we might come out a little ahead.”

Baker says he hopes Heritage Health will be able to start up a rainy-day fund.

“The goal is to retain 1 percent (of revenue) as reserves,” he says. “We’re not ever going to be flush with cash, and that’s OK.”

He contends, though, that Heritage Health reduces overall medical costs to the community just by being there.

“If we shut down and thousands of people have no place to go but the emergency department, that’s $2,500 a visit,” he says.

Heritage Health’s administrative costs are about 10 percent to 12 percent of its total expenses, he says.

When recruiting providers, Heritage Health looks for professionals who are attracted to the nonprofit’s mission and the Inland Northwest environment, Baker says.

Many of those students likely have performed three years locally as a medical resident before they commit to four years with Heritage Health.

“By the time they’ve spent seven years in the community, a lot of them will have set down roots,” Baker says.

He says that guiding Heritage Health on its mission to increase access to health care is rewarding.

“I absolutely love being able to help people in ways that no one else can,” Baker says. “It’s not that they don’t want to. We’re just set up to knock down barriers.”