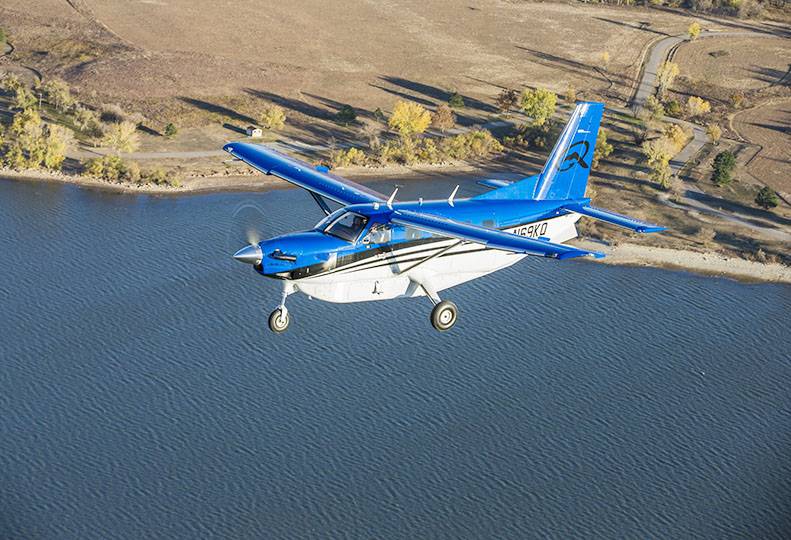 Quest Aircraft Co., the Sandpoint-based aerospace manufacturer that produces the rugged Kodiak light airplane, has reached a long-term sales agreement with a Chinese company that also plans eventually to manufacture Kodiak aircraft for the Chinese market.

For the first few years of the agreement, Beijing-based SkyView will take delivery of Kodiak airplanes from Quest Aircraft’s Sandpoint factory, Stone says.

In the next phase, SkyView will purchase partially assembled aircraft kits, which will undergo final assembly at a SkyView plant in China.

By 2019, SkyView will manufacture the Kodiak aircraft it sells, the agreement says.

“They will be built to our specifications, and they will be exactly the same as the Kodiak aircraft built at the factory in Sandpoint,” Stone says.

Meantime, Quest Aircraft expects to deliver to SkyView a minimum of 10 aircraft manufactured at its Sandpoint plant through 2015.

The Kodiak is a 10-seat, single-engine turboprop airplane designed for short takeoffs and landings. It can take off with a full payload in less than 1,000 feet of runway. The Kodiak also has the ability to land on and take off from unimproved surfaces, and it can be equipped as a float plane.

Quest Aircraft is one of the largest employers in Bonner County with more than 175 workers at its 84,000-square-foot headquarters and manufacturing facility near the Sandpoint Airport, about 75 miles northeast of Spokane.

Stone says the company’s workforce is growing steadily, but she adds that she doesn’t expect the SkyView agreement will spur an immediate surge in  employment.

“We probably will continue to grow and add positions as we increase production,” she says. “We’re not expecting huge growth, but we’re certainly not shrinking.”

Quest Aircraft currently produces about three Kodiak airplanes a month. The base price of a Kodiak plane is just under $2 million.

The Kodiak was certified by the Civil Aviation Administration of China last year, and there currently are five Kodiak aircraft in operation in China.

Under the agreement with Quest Aircraft, Stone says, SkyView will sell Kodiak planes only in China and the surrounding countries, and it has the potential to overtake Latin America as the largest market for Kodiak airplanes outside of North America.

Quest Aircraft has been expanding its presence globally. The company in July announced it had appointed Setouchi Trading Inc. as the official Kodiak dealer for Japan and parts of southeast Asia, including South Korea, Philippines, Thailand, Malaysia, Vietnam, Singapore, and the Maldives.

The Kodiak is certified in 17 countries, with several additional certifications in the works internationally.

The company announced last year that it had manufactured and delivered its 100th aircraft.