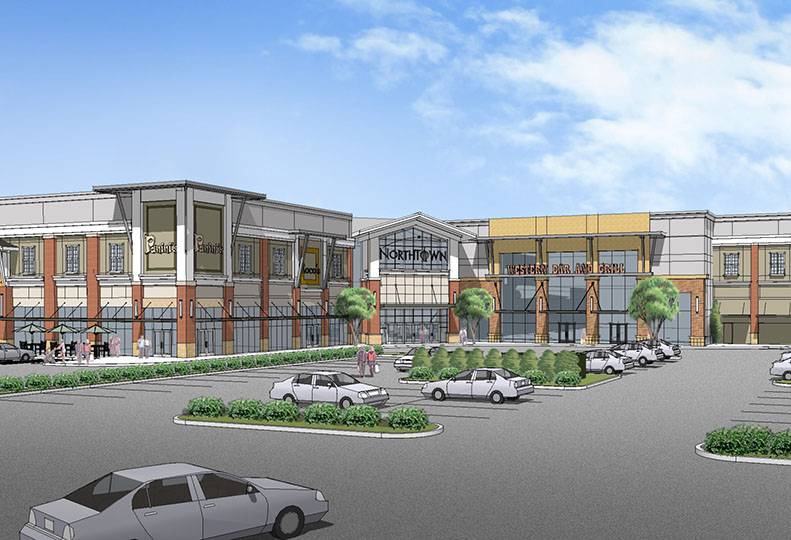 General Growth Properties, the Chicago-based real investment trust that owns NorthTown Mall and Spokane Valley Mall, announced last night plans to demolish a significant portion of the north side of NorthTown Mall and to create new formal entrances to the 1 million-square-foot shopping center.
Construction is expected to start in early 2014 and to be completed in early 2015.
Plans calls for demolishing about 120,000 square feet of retail space facing Queen Avenue, between Macy's and Kohl's stores, and putting in place 63,000 square feet of space for new shops and restaurants, as well as an enclosed loading dock. The renovations also are expected to include new interior paint, lighting, and way-finding signage throughout the property.
John Shasky, NorthTown Mall's senior general manager, said in a press release, "We have been quietly working in this direction for the last year and a half by relocating retailers from the affected area, as well as adding new retailers to the merchandise mix."
First opened in 1954, the two-level mall is anchored by Macy's, Kohl's, and Sears and includes a 12-screen Regal Cinemas theater complex.