Northwest Pediatric Ophthalmology: Focusing on the eyes of youth 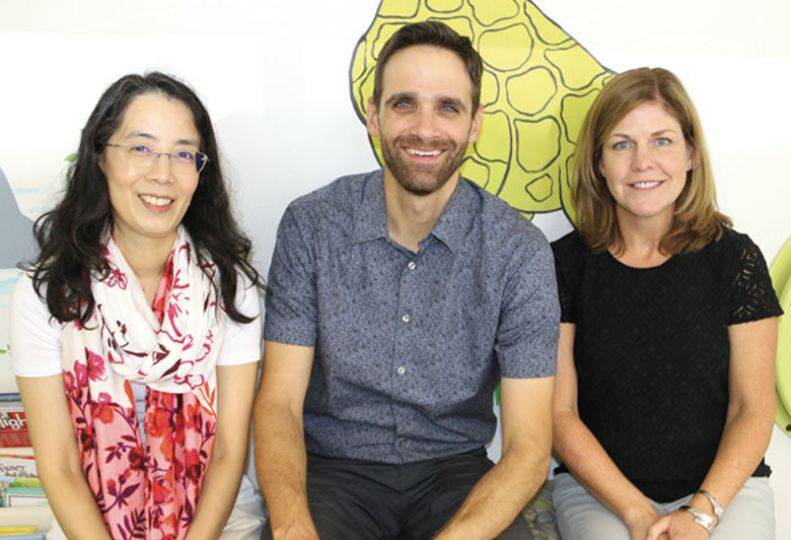 Spokane-based niche eye clinic Northwest Pediatric Ophthalmology PS is projecting it will be able to see up to 80 patients a day in its new, larger medical office at 842 S. Cowley, says Rachelle Zimmerer, the practice’s manager.

That’s roughly 10 to 15 more patients a day than the clinic’s three doctors saw at its previous, smaller space, says Zimmerer.

After a remodeling project headed up by general contractor Bouten Construction Co., of Spokane, the clinic moved into its current 5,100-square-foot space in April, where it occupies the entire top floor of the 10,200-square-foot, two-story building an affiliate company purchased for $2.6 million in December, she says.

Established in 2001, Northwest Pediatric Ophthalmology previously operated out of a 4,600-square-foot space in the Sacred Heart Doctors Building, at 105 W. Eighth, where the clinic had been running since its founding, she says.

Dr. Christina Nye, the pediatric ophthalmologist and founder, says the additional space was a factor in the decision to move into the new quarters.

The clinic’s new building offers a nicer layout, with a larger waiting room where patients with dilated eyes can stay, she says. The clinic also added two exam rooms, for a total of nine, and two testing and procedure rooms.

Also, the clinic now has free parking in its own lot, something it lacked before, she says.

Nearly all patients are under 18, says Dr. Rick Whitehead, a pediatric ophthalmologist, and most are 8 years old or younger.

When patients and their guardians enter the building, it’s immediately clear that its geared toward children; the entrance features a painting of a happy little monkey on a green wall.

The monkey is part of a larger maze of monkey-themed murals, says Zimmerer. Exam rooms also have wallpapers with different themes, such as a jungle, under-the-sea, and different Disney characters themes, and a plethora of toys sit in baskets in the two waiting rooms.

Zimmerer says the practice’s focus on pediatric-specific care and atmosphere are two of its strengths.

“It’s just a better experience for kids in a solely pediatric environment,” she says. “I think it’s more pleasant, and children feel more at ease.”

Depending on the issue, Whitehead says the clinic may prescribe eyedrops, glasses, surgery, or other treatments needed to correct vision troubles.

“Typically, the pediatrician will see something, a problem, and send them over to us,” he says.

Nye says the clinic also contracts with Sacred Heart Children’s Hospital to work with premature infants, a population at risk for retinopathy or prematurity, a condition that can cause blindness.

“Visual development is almost done by the time they’re 8, so it’s imperative to identify the problem in the child as early as you can so you can turn things around faster,” says Shea.

Although Nye, Shea, Whitehead, and Zimmerer declined to disclose 2017 revenue figures for the medical practice, 2018 revenue is projected to grow due to the expected increase in patient volume, they say.

Typical office hours are 8:30 a.m. to 4:30 p.m. Monday through Thursday and 8:30 a.m.-4 p.m. Friday, but the practice’s physicians often take care of eye emergencies after hours.