Northwest Summers: On the cutting edge 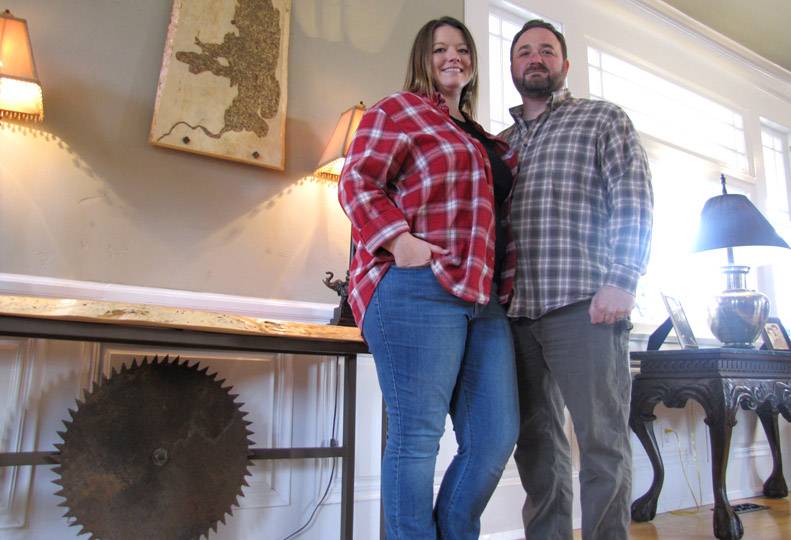 -—Keith Erickson
Kate and Dallas Summers had large inventory of wood with which to work due to debris from the 2015 windstorm. 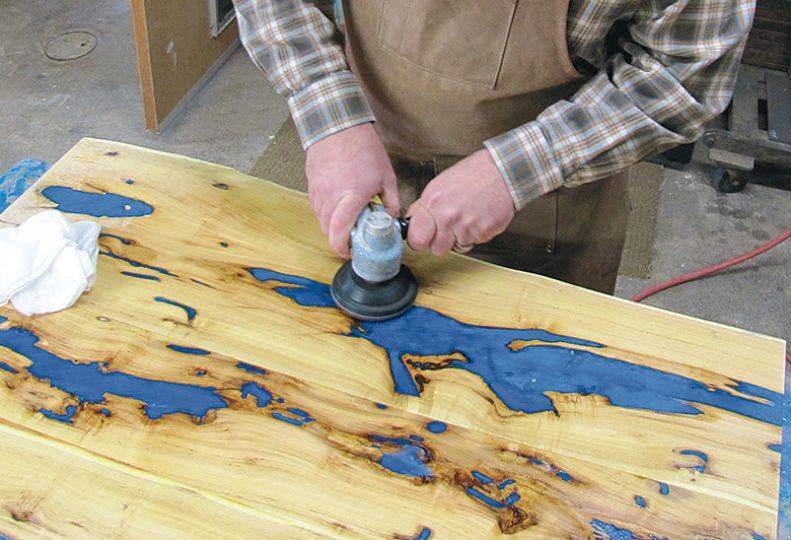 -—Keith Erickson
A lifelong woodworker, Dallas Summers built his own computed numeric controlled machine used in making the art. The company is on its third iteration of that machine now. 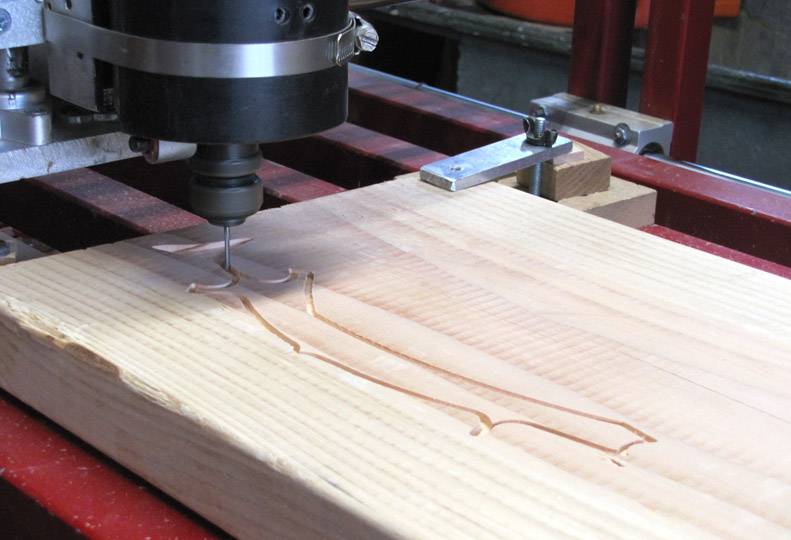 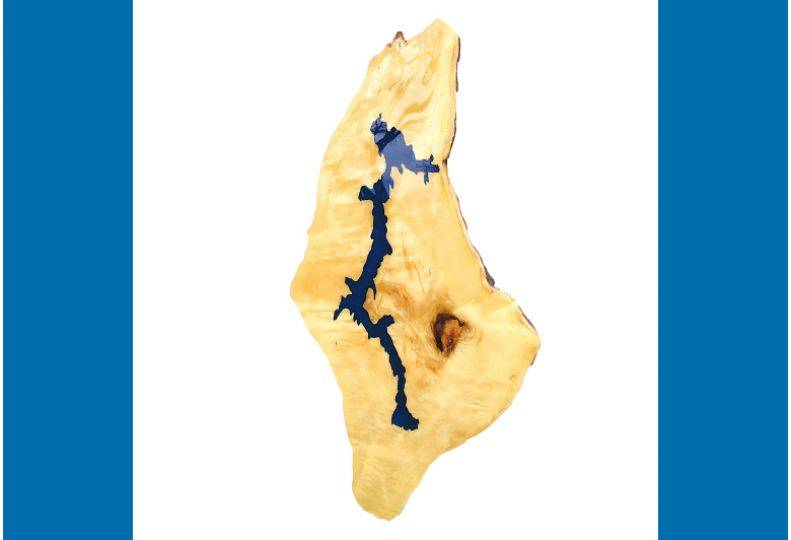 When a windstorm ripped through the region in fall of 2015, it left in its wake tons of yard waste from battered trees—debris destined for the dump or a burn pile.

But Dallas and Kate Summers, owners of Northwest Summers, a custom art business on Spokane’s South Hill, didn’t view the mess of limbs that littered their property as waste. They saw potential—future masterpieces, perhaps.

The aspiring artists salvaged some large limbs and hauled them into their turn-of-the-century barn; a rustic gray and white farmhouse built in 1908 that they’ve transformed into a high-tech workshop.

Inside, they create distinctive artwork using an innovative system that connects a personal computer to a computer numeric controlled machine. In a nutshell, Kate creates imagery for artwork on a personal computer that communicates with the CNC machine, which essentially is a sophisticated router that carves the computer-generated images into wood and other materials.

The routed subsurface is then filled with epoxy resin colored with crushed granite, metallic mica flake, or other epoxy resin and finally coated with multiple layers of clear epoxy leaving a brilliantly smooth, polished and protected finish.

Each piece of art takes two weeks or more to create, allowing for drying time between carefully applied seal coats.

“What we’re doing is different than any other woodworker in the Spokane region right now,” Dallas claims. “There’s a company in Canada and one in southern Oregon doing similar things, but none of them are using the CNC.”

The noisy, custom-adapted router-about the size of a large chest freezer—is one-of-a kind. Rather than forking out around $100,000 to purchase a high-tech CNC machine, Dallas decided to make one himself, building it from scratch. It was a bit of a trial-and-error process, he concedes.

“We’re on version No. 3 of CNC right now,” Dallas says. “We finally have one that works very well. It’s all hand-welded and hand-built, piece by piece.”

While the couple can work with various salvaged materials—including granite, steel, and plastic—most of their art is made from wood at this point.

The couple will cater to virtually any custom request, but, as their business name suggests, their creations are characterized by Pacific Northwest themes: lakes, wildlife, logging, and farming images adorn their specialized artwork.

Northwest Summers got its start in late 2015, with Kate taking her creations—mainly small signs such as residence locaters—to local craft shows, selling them in the $30 to $60 range.

However, as their business has grown and their skills have sharpened, the couple has shifted to more elaborate pieces, most selling between $350 and $1,000.

The couple salvage their materials from a multitude of sources, including estate sales and old barns. “It’s a lot of fun,” Kate says. “You see something and say, ‘Oh, that tin can, or whatever, we can make something really cool out of that.’ ”

“People come to us and say, ‘Can you make this?’ And we’re, like, ‘Yeah, we can do that,’ ” Kate says. “It challenges us creatively, and it always comes out better than we could ever have imagined.”

“Right now (business) is kind of going crazy,” she says. “Word of mouth has been huge for us.” The couple plan to continue marketing Northwest Summers online through their nwsummers.com website and social media platforms, including Facebook and Instagram.

The couple have ambitious plans to broaden their outreach.

Northwest Summers artwork will be featured at Blackwell Gallery, at 205 Sherman in downtown Coeur d’Alene, during the kickoff of ArtWalk, 5-8p.m. Friday, April 13. Their work will be on display at the gallery throughout the summer.

“It’s very exciting,” Kate says of being a part of ArtWalk, an event that is hosted by a different Coeur d’Alene Art Gallery on the second Friday of every month from April to December.

“We wanted something like this to really help launch our new ideas,” she adds. “We finally feel confident that we’ve perfected the techniques … so it’s great to have somebody like (Blackwell Gallery) say, ‘Hey, we like what you’re doing,’ and invite us to participate.”

The couple also are scouting other possible opportunities to show off their work, including ArtFest in Spokane’s Browne’s Addition in early June and Coeur d’Alene’s popular Art on the Green festival on the North Idaho College campus in early August.

This summer, the couple plan to open a small gallery in a carriage house adjacent to the barn where they make their art.

“It will allow us to let our stuff spill out and hopefully get some clients to come over and look at the art,” Dallas says, adding the carriage house has the character already built in.

Kate, a former educator, and Dallas, who has a full-time job in sales and works mostly from home, say their artful venture has been a personal plus as well.

“We spend a lot of time (in the barn) together and it’s brought us closer; it’s a fun working relationship,” Dallas says.

“It’s opened up so many opportunities,” adds Kate.