Financial services firm plans to take half of new building 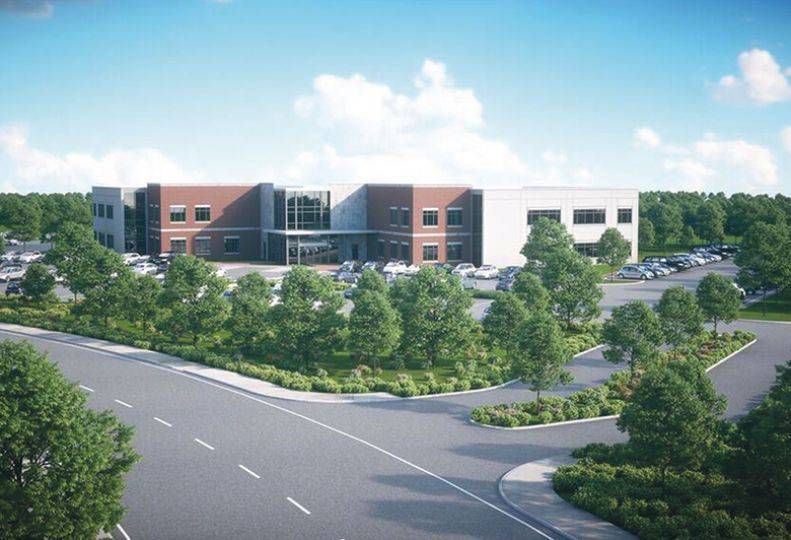 -—3DVisualize.com LLC
This two-story building is expected to be the first of three in the River’s Edge portion of Pinecroft Business Park. Northwestern Mutual has agreed to take the top floor.

Northwestern Mutual of the Inland Northwest plans to move, expand, and consolidate its Spokane-area operations into a new site in Spokane Valley in mid-2018, leaving its longtime location on Spokane’s South Hill.

The company has agreed to take the 20,000-square-foot second floor of an office building currently under construction at 12939 E. Pinecroft Way, at the northeastern edge of Pinecroft Business Park and with views of the Spokane River, says Jamie Traeger, owner and broker with JMA Commercial Real Estate LLC, the property management company for the business park.

Jeff Severs, chief development officer with PLH LLC, which does business as Northwestern Mutual of the Inland Northwest, says the financial services company plans to add 60 financial advisers, interns, and professionals in its Inland Northwest territory—20 of whom will be based in Spokane—within the next 12 months.

In Spokane, the company currently has between 15 to 20 staff members and 30 to 40 contracted advisers, many of whom have their own employees, says Severs.

“While the new office does solve some of our space needs, it’s more than just about space, it’s more about collaboration. We’re seeking to add a significant number of advisers and professionals, especially millennials and career changers, who want to work together on teams to serve our clients.”

He says the company also chose to move because it has run out of space to expand at its Spokane office, which is located in the Marycliff Center, at 705 W. Seventh on Spokane’s South Hill.

“We’ve got a five-year plan in place that projects growth at a healthy incline,” Severs says. “We’re pretty much in many aspects out of space in the current facility, but if you project that out another five years, the move is absolute necessary.”

The company occupies about 20,000 square feet across a main office and a satellite office at its current South Hill location, he says.

He says the Spokane Northwestern Mutual office is the main center for nine Inland Northwest offices that range from the Cascade Mountains to Montana.

Only the Spokane operations are consolidating into the Pinecroft Business Park location, he says.

Shane Miller, president of Spokane Valley construction company Divcon Inc., says the $3.4 million office building Northwestern Mutual plans to move into is expected to be completed by June 2018. Currently, the company is the structure’s first and only tenant, so as of now, the building’s first floor will be empty shell space.

Traeger says Divcon is the contractor on the project, and its principals have some shared ownership with Pinecroft LLC, which owns the majority of the buildings at Pinecroft Business Park.

The structure is the first of three two-story office buildings planned to be constructed within the next five years at River’s Edge at Pinecroft Business Park, which Miller describes as an office campus within the business park. The three buildings each will have about 42,000 square feet and share similar architectural design with the rest of the business park. The second and third buildings are still in the design stage, he says.

The construction time line will depend on market need, but Miller expects the second one to be up within two years.

“As long as this (first) building is as successful as we anticipate it to be, we’ll move right along with those others as leasing activity continues,” he says.

Between 30 percent to 40 percent of the first building is dedicated to private office space, and the rest is more open work area.

He says the building also is energy efficient.

“We did energy modeling on the building, and we were able to achieve energy usage set out by the (Washington State Non-Residential Energy Code.) We’re up to the 2030 standard, so the energy consumption is 15 years ahead of what it needs to be,” says Miller.

Traeger says, “The ability to have office space right along the Spokane River (that) your employees can have as part of their work environment is a very exciting thing here in the Spokane area.”

Located on Mirabeau Parkway and Pinecroft Way, Pinecroft Business Park occupies 94 acres and has about 435,000 square feet of existing building space, soon to be about 477,000 square feet, with the addition of the first River’s Edge building, she says.

Northwestern Mutual, which is the marketing name for Milwaukee, Wis.-based The Northwestern Mutual Life Insurance Co., has $250.4 billion in assets, $28.2 billion in revenues, more than $1.6 trillion worth of life insurance in force, and $100 billion of client assets through its wealth management company and investment services, he says. Services through its subsidiaries include annuities, brokerage and advisory services, disability income and long-term care insurance, discretionary portfolio management solutions, life insurance, and trust services.