Inland Imaging IT division grows after its big move 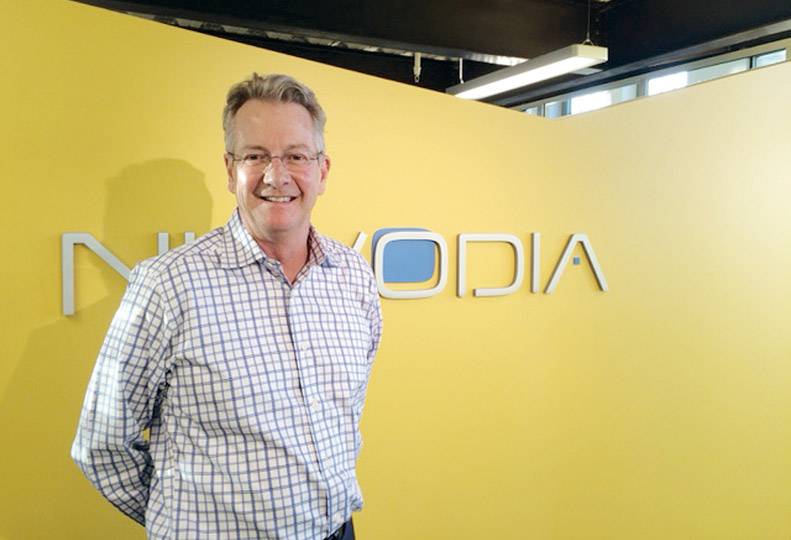 -—Chris Street
Nuvodia CEO Jon Copeland says the company’s move to the Innovation Center at McKinstry Station last year has enabled the company to be around other technology companies.

Spokane-based information technology company Nuvodia LLC, having separated geographically from its parent company Inland Imaging last year, is expanding into other areas of medicine and strengthening its newfound foothold in the energy sector.

Last June, Nuvodia completed a move from the business service offices of Inland Imaging, which remains located at 801 S. Stevens, on Spokane’s lower South Hill, to a 7,000-square-foot space in the Innovation Center at McKinstry Station, at 850 E. Spokane Falls Blvd. in the city’s University District.

Jon Copeland, CEO of Nuvodia, says the move was done so the IT division could spread its wings.

“Our board wanted to grow Nuvodia outside and in addition to the parent company, and space in the McKinstry Building became available and we went for it,” Copeland says.

In addition to Nuvodia, McKinstry Station is home to Internet retailer etailz and a number of young businesses. Because of that, Copeland says, the move was best for the company’s image and future positioning,

“McKinstry is a fabulous think tank with a lot of startups, and I wanted Nuvodia to be a part of that.” He says, adding, “We’ve also had better luck hiring since we’ve been here because it’s such a cool space.”

Nuvodia currently has 115 employees working in its three divisions, which cover the Pacific Northwest, Midwest and Southern sectors of the United States.

Chris Patrick, director of sales at Nuvodia, says the company is close to meeting revenue projections.

Estimated revenue for this year and 2017 combined is expected to be approximately $30 million.

The future of Nuvodia lies in its drive to enter and expand in areas of medicine that use image-based diagnoses, such as pathology, cardiology, ophthalmology, and gastroenterology, as well as increasing its international business ventures.

In an area of its services that involve digitizing pathology reports, Nuvodia has formed a company called Gestalt Diagnostics that has partnered with EBM Technologies, a publicly traded company in Taiwan.  Nuvodia says it is working with Gestalt and EBM to take pathology completely digital with the development of a digitizer and viewer that will seamlessly and securely have the ability to move data around the world.

“Right now, we’re bringing work from India to the states to be read,” Copeland says. “India has a severe shortage of pathologists. With our EBM partners and the use of the Amazon AWS (Amazon Web Services) Cloud, doctors can read, dictate, and transmit reports in about 48 hours. Currently, a patient in Bangalore can wait up to a month for their pathology results, and our goal is to get it done in 48 hours. That’s the power of innovation.”

Nuvodia’ s penetration into the energy sector includes Spokane-based Avista Corp. as a client, which contracts certified project managers from the company for its smart grid research and development.

A smart city is a vision into the future of health care, Patrick asserts.

“(Health IT) plays a major role in the smart city design. The grid will someday automate our lives not just in home energy use, but facilitate our individual and family medical care,” he predicts.

“Anything monitored biometrically can be placed on the grid, and Nuvodia is approaching Avista on a prototype that not only has implications for Spokane as a city of the future but the rest of the nation in regards to medical informatics,” he says.

Nuvodia’s lines of business include picture image archiving of patient radiology data and associated communications systems called PACS. Nuvodia is a subsidiary of Inland Imaging Investments Inc., which through its Inland Imaging clinics provides sonography, MRI, X-ray, nuclear medicine and diagnostic services to physicians in Spokane and across the Pacific Northwest.

Nuvodia grew out of the IT department at Inland Imaging and the acquisition of two well-positioned entities. Those were a business informatics company called Technology Return on Investment (TROI), which had been subsidiary of longtime Spokane accounting firm LeMaster Daniels PLLC before that accounting company’s assets were bought by Minneapolis-based LarsonAllen LLP, and Quick Study Radiology Inc. of St. Louis, Missouri. These entities comprise large parts of what is today known as Nuvodia LLC.

Since its genesis, Nuvodia has evolved into three divisions: general IT services, health care outside of Washington state, and what the company calls “family partnership services.”

According to Copeland, the company’s acquisitions were well timed and have been responsible for tremendous growth.

“TROI was great for Nuvodia to acquire because it allowed us to step right into accounting and then to other IT-related hospital business. We took on about 30 new employees once the merger with TROI was done, which then led us to acquire Quick Study, which was like a shot in the arm.”

“These are smaller-than-25-bed facilities in which the IT director is often a radiology tech and they are really in need of our comprehensive services,” he says. “St. Louis and Quick Study were a perfect forward operating base for us to expand and attain business from these smaller, but well-funded hospitals.”