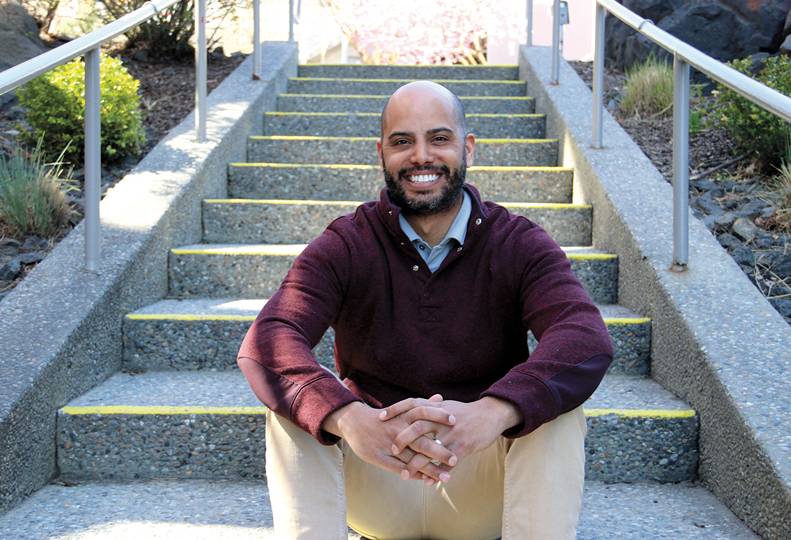 More frequently, the spaces where professionals used to make a living are becoming the places where people are, simply, living.

The downtown Spokane real estate market is experiencing an emerging trend of office buildings being converted to apartments that is expected to accelerate as long as housing availability remains low, industry observers here say.

At least five office buildings either in downtown Spokane or on its periphery currently are being converted to multifamily housing.

“We’re seeing it in a lot of buildings,” says John Gavin, president of the Building Owners & Managers Association of Spokane and property manager with Unico Properties LLC. “Converting (offices) to multifamily housing is a more secure investment.”

A high office vacancy rate and strong demand for housing are likely drivers of the emerging trend, which likely was accelerated by the pandemic, contends Gavin.

In downtown Spokane, the office vacancy rate was about 15% as of October 2020, the most recent month for which data is available.

The office vacancy rate in downtown Spokane has remained consistently high over the last decade, hovering between a low of 13.2% in 2014 and a high of 17.3% in 2011, according to the semiannual Real Estate Report published by the Spokane-Kootenai Real Estate Research Committee.

“There will always be a need for office, but the biggest need right now is multifamily housing, and that’s just due to inventory,” Gavin says. “There’s extremely low (housing) inventory. That’s the biggest driver of all this.”

He adds, “People, especially millennials, want to be close to downtown, to be in downtown.”

The single-family housing market also has reached record-low inventory, he points out. Just over 200 single-family homes and condominiums were on the market in March, down 65% compared with March 2020, when there were 592 such listings, according to the latest Spokane Association of Realtors Monthly Home Sales Report.

The three-month apartment vacancy rate in downtown Spokane was around 0.4% as of March 2020, the most recent quarter for which data is available, according to the Runstad Center for Real Estate Studies, at the University of Washington.

“I think you will see it continue to accelerate as long as the housing market is as low as it is,” contends Gavin. “Right now, that is just the best and most secure investment you can make.”

Most office-to-apartment conversions have been funded by private investors, he says.

“Investors are looking at buildings and seeing, if there is a vacancy, how can they convert that building into a better use, and that better use is multifamily housing,” asserts Gavin.

Investors also get a better rate of return, as apartments currently are renting around $24 per square foot annually, whereas offices are around $21 a square foot, he adds.

“The rates are just better for multifamily housing,” Gavin says.

The company plans to convert the former medical office space and attached parking garage into a 171-unit mixed-use building with a coffee shop, pharmacy, and hair salon on the ground level.

That project is valued at $16 million.

A few blocks east of there, at 44 W. Sixth, real estate development company 1st Ave Chelan LLC, which is headed by Scott Isaak in partnership with Spokane real estate developer Jordan Tampien, has obtained permits to remodel and convert another former medical office building into apartments.

That $2 million project involves converting 25,500 square feet of space into 23 living units, permits show. Trek Architecture, of Spokane, designed the project, which is being built by T.W. Clark Construction LLC, of Spokane Valley.

At 1229 W. First, a two-story office building, renamed the Lolo Lofts will be converted into 11 loft-style units that will be a mix of long-term and short-term rentals.

That project is owned by Tampien. Trek Architecture also is designing that project.

The current projects follow a few high-profile projects that have been completed in recent years.

One such building that has undergone a conversion from office space to apartments in recent months is the James S. Black building, renamed the Marjorie Apartments, which formerly housed the offices of NAI Black.

The six-story building at 107 S. Howard has undergone $3.5 million in renovations, converting it into 50 apartments.

Within the last decade, Centennial Real Estate Investments has developed the M Apartments, at 612 W. Main, in a former Macy’s store building as well as multifamily units at the Chronicle Building, at 926 W. Sprague, downtown.

Centennial is a subsidiary of Cowles Co., which also owns the Journal of Business.

The Spokane real estate market is driven by demand and the trend of office to apartment conversions will continue until consumer demand shifts on what’s needed, says Gavin.

“The market will work with what’s needed at the time, and right now the need is multifamily housing,” he contends.