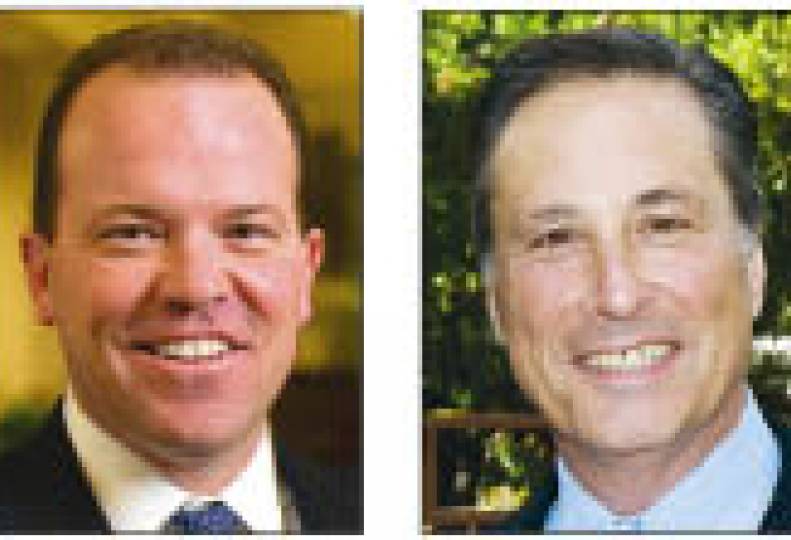 When Greg Seibly was named acting president and CEO of Sterling Financial Corp. a year ago and given the task of raising hundreds of millions of dollars to save the Spokane company, he did what many of us would have done: He consulted with an old friend.

Further, while Biller had been the No. 2 executive at Wells Fargo before retiring in 2002, another veteran banker who had been named to Sterling's board previously served in an even higher position at an even bigger institution.

That man, David Coulter, a onetime colleague and longtime friend of Biller's and also a former colleague of Seibly's, retired in 1998 as Chairman and CEO of Bank of America, which had $2.5 trillion in assets as of Sept. 30, while Sterling had about $10 billion in assets.

"Not many $10 billion organizations can say they have the former No. 2 Wells guy and the former No. 1 guy at Bank of America on their board," says Seibly.

The reconnections between the three began during the effort to save Sterling when Biller, who had bought a second home in West Seattle with his wife, Sheri, learned that Seibly had been named CEO of Sterling.

"I called him up and said, 'I just read where you became CEO, and I wanted to congratulate you,'" Biller says.

A decade earlier, Biller and Seibly both had worked for Wells Fargo in the Los Angeles area. Biller stressed community involvement by bank managers, and the philanthropy scene there was so busy that a banking executive could have gone to an event every night, says Seibly, who was in charge of commercial banking for Wells Fargo in the L.A. area. Seibly and his wife, Claire, attended numerous events, as did the Billers, and Les Biller often hosted events for senior business leaders, Seibly says. Also, he says, the Billers established the nonprofit Los Angeles-based Sheri & Les Biller Family Foundation.

Says Biller, "There were various times when I called on Greg," such as for support of a program through which inner city youths gained experience as bank tellers when they couldn't have done that otherwise.

"We had stayed in touch even after his retirement," Seibly says. "Les was somebody I had always respected. Wells places quite high value on relationships among its team members. He was always very accessible to up-and-comers."

At the time Biller called Seibly, he was researching opportunities for a private equity group that had capital to invest—and Seibly was in search of capital for Sterling.

"As things changed here in 2009, we began to chat informally," Seibly says. "We were keen to hear his thoughts. He was keen to hear our thoughts."

On Oct. 9, 2009, Sterling's principal subsidiary, Sterling Savings Bank, had agreed to be placed under a cease-and-desist order by the Federal Deposit Insurance Corp. and the Washington state Department of Financial Institutions—and also had agreed to raise $300 million in additional capital, a figure that would more than double by the time the capital raising was completed.

On Oct. 14, 2009, the departures of Sterling Chairman, President, and CEO Harold Gilkey, who was Sterling's co-founder, and Sterling Savings Bank Chairwoman and CEO Heidi Stanley were announced. The next day, Sterling announced it had agreed with regulators to carry out a sweeping range of actions, including having and retaining qualified management," and also said that its board "shall assure its ongoing participation" in approving policies and objectives and supervising activities.

Last November, Seibly and Ezra Eckhardt, Sterling Financial's then acting chief operating officer, flew to Seattle to meet with Biller at his home to talk about Sterling, Seibly says. Over time, those conversations continued, and eventually, Biller says, "Unbeknownst to me, the board was doing their due diligence on me" as a potential candidate to succeed Sterling's interim chairman, William L. Eisenhart.

Says Seibly, "The legacy board," or the board that had been leading Sterling, "had done a good job." Still, he says, the organizations from which Sterling was seeking capital "were looking to a different governance body."

Biller says investors wanted to know "who was asking the questions when the things that happened, happened," leaving Sterling under the cease-and-desist order and the edict to raise capital.

At length, Biller says, "Greg asked me, 'Would you consider becoming the chairman of the company?' He said, 'I really want more than governance out of you'" as a board member. "'We're looking for the mentoring and coaching that someone like you can give us.'"

Biller says he had "mystery shopped" the company by going into Sterling branches and talking with staff members. "I was impressed by how the company maintained its focus" despite the difficulty it faced, he says. "If I didn't know they were in trouble, you wouldn't know it by talking with them. The people trusted that Greg, Ezra, and the team would raise the capital. It was quite extraordinary for an organization to behave that way."

Biller adds, "I decided, No. 1, it would be fun working with these people, and No. 2, it would be very successful," he says. "I can't think of anything more fun than helping a bunch of professional people who are younger than me to be successful. We wouldn't have made the investment in this franchise if we didn't like the macroeconomic environment in the Pacific Northwest." In May 2010, Sterling said Biller would become its chairman if the capital raising were completed successfully.

On Aug. 26, Sterling announced that had been done. By then, its capital raising had grown to $730 million. The U.S. government helped by agreeing to convert $303 million in Troubled Asset Relief Protection (TARP) money it had invested in Sterling into common stock.

Within days, Warburg Pincus Private Equity X LP, one of two big private equity firms that had agreed to invest $171 million in Sterling, designated Coulter to be named to board seat at Sterling it would control. The other private equity firm, Thomas H. Lee Partners LP, designated its managing director, Scott Jaeckel, for a board seat it would control at Sterling. Also, Sterling named to the board Robert Hartheimer, who years earlier, while he worked with the FDIC, had created with a small team the agency's Division of Resolutions, which sells failed banks.

"We're in a regulated industry," Seibly says. "To have somebody with expertise and contacts in regulatory affairs is an asset."

In the wake of Sterling's capital raising, Biller says, "The good news is we are now one of the best capitalized banks in the Pacific Northwest. We're reasonably through the working out of the most difficult credits," or the bad loans that have shackled Sterling, "and should be far along with that in two more quarters," he adds. "Now, the challenge is to provide credit to customers," including consumers, private clients who have a high net worth, and small businesses, he says.

"We need to offer more products that customers need," such as brokerage accounts, depository services, and cash-management services, while helping customers be more successful in their own endeavors, and providing services for businesses' employees, Biller says.

Sterling was launched in Spokane in the early '80s, and grew rapidly to become a $12 billion institution at its peak, but Biller says that from talking with Seibly, it appears "it was kind of growth for growth's sake. It was a lot of non-relationship transactional loans. That's why they had such a big construction and real estate portfolio." To add to its business, the company needed to cement its relationships with its customers better so it could provide them with more services and increase its revenue, he says. For now, Sterling should expand only to fill in holes in its network or to offer new products, he says, adding, "I've always believed that bigger doesn't make you better, but better makes you bigger."

Seibly says that during its growth years, Sterling was "asset driven," but now it will be more "deposit driven. When you're deposit driven you tend to be more profitable."

Seibly also says that Biller's and Coulter's involvement helped Sterling to raise the capital it needed, particularly with some 30 investors who came in relatively late in the process and helped to put the effort over the top.

Biller says that his involvement in the capital raising, and Coulter's, too, "added value," but, "At the end of the day, the person they're going to look the most to is the person who is running things day to day."

The involvement of outside investors in Sterling raises the possibility that the company could be sold and moved, robbing Spokane of departments that employ hundreds of people. Yet, Biller says that while Sterling's new leaders "will always do what's right for the shareholders, I don't see a sale of the company."