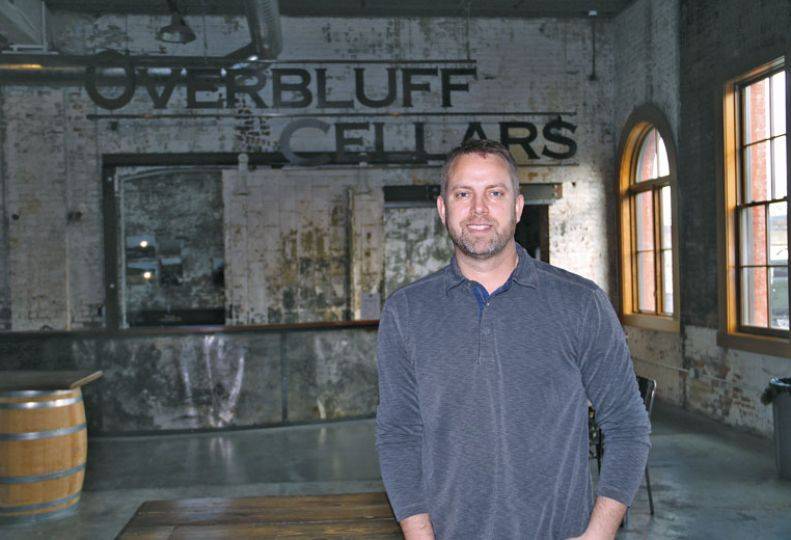 -—LeAnn Bjerken
Darby McKee, co-owner of the old Washington Cracker Co. building, says more than 80 events are scheduled at the downtown venue, at 304 W. Pacific, so far this year. He expects that to grow to about 120 events. 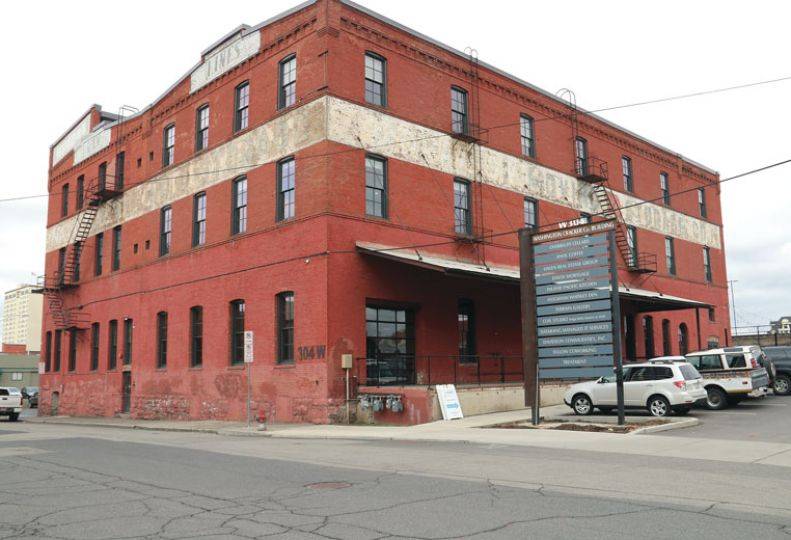 Since its purchase four years ago by local investor group Cracker Box LLC, the former Washington Cracker Co. building at 304 W. Pacific quietly has been transforming into a popular Spokane event venue.

Darby McKee, who co-owns the building along with Mark Camp and brothers David and Jack Health, claims the venue has grown into a premier destination for both community and private events.

“Many of the visitors to this building see cool stuff happening as they pass through, and that inspires them to rent the space for their own event,” McKee says.

He adds, “Our initial goal with the first floor was to create a large open space for events tied to the winery. Overbluff Cellars opened here in September of 2015, and over time, the other tenants have slowly filled in.”

McKee says demand for the event space is growing, and the venue is already booked almost every weekend from now through early 2019.

He attributes most of that growth to the addition of catering and other services to the space, as well as more social media and word-of-mouth advertising.

McKee says the 42,000-square-foot building, which has three stories and a basement, has 11 tenants.

Visitors entering the building’s main west-side entrance find themselves standing in a 5,000-square-foot first-floor event space that includes a stage and enough room for 225 seats, plus seating for another 50 or so on an adjacent outdoor patio.

Overbluff Cellars has an 800-square-foot tasting room and offices in the northeast corner of the event space, while Anvil Coffee LLC occupies a 380-square-foot roasting and coffee shop space there. McKee owns both the winery and the coffee roaster with his wife, Jovanka.

He says both businesses have bar top counters that can be removed entirely, or used as food and drink serving stations during events.

Shortly after purchasing the Washington Cracker building, the co-owners allowed Terrain, a nonprofit that promotes local art, to host its annual art show in the building’s unfinished spaces.

Although it no longer hosts the annual art show at the building, Terrain does maintain a 1,600-square-foot gallery space on the first floor, just west of the main stage, which can also be rented as extra event space, McKee says.

“Being such a large building, we often find ourselves working with other tenants on events that take place here,” he says. “Over the years, Terrain and its nonprofit partners have done a lot to help attract new spoken word, music, and art events to this space.”

Although he declines to disclose exact revenue, McKee says he estimates about 35 percent of Overbluff Cellars’ total revenue comes through event-space rentals.

“We sell wine through the winery and tasting room, as well as through serving at events, so it can be difficult to separate those figures into just event revenues,” he explains.

Local chef Jeremy Hansen and his wife, Kate, co-own the restaurant, as well as Hogwash Whiskey Den, which is in the building’s basement.

Also included on the building’s basement level is a 1,560-square-foot commercial kitchen that is used by the couple’s catering company, Squid & Bowl Catering, to handle all catering services for events hosted in the Overbluff space.

The remaining 5,000 square feet of basement level space is used by Overbluff Cellars for wine production and barrel storage.

The Hansens, who also own several other restaurants, say they chose the historic building for a restaurant and bar because they saw an opportunity to help make it into a food and event destination.

“It’s a bit off the beaten path, which is always a risk,” says Jeremy Hansen. “But we saw this as a chance to generate interest and make this into a day-to-day destination for people.”

The couple started operations in the Washington Cracker building in November 2016, when they opened Hogwash Whiskey Den, a 1,000-square-foot basement bar, offering food and drinks, including more than 270 varieties of whiskey.

Hansen says Hogwash has seating for up to 50 people, additional standing room for 20 more, and a staff of nine employees.

“Hogwash is the more popular hangout,” he says. “We call it a grown-up bar, because it’s geared more toward adults who have a passion for whiskey.”

“IPK is the space where we really get to play around and create food-art,” he says. “It’s a more specialized dining experience.”

Although Inland Pacific Kitchen is only open for about 3.5 hours, four nights a week, Hansen says the restaurant is consistently busy, hosting both regular dining services and private dinners, as well as some special events.

“This is only our second year, but we’ve already doubled the number of events we’re catering, and I’d expect those numbers will be similar next year, ” he says.

Hansen says Squid & Bowl Catering is able to provide food for groups of up to 300 people through the use of both Inland Pacific Kitchen’s main-level restaurant kitchen and the basement-level commercial kitchen.

“Having two kitchens makes it easy to store and cook food on site—and ultimately create a better-quality product,” he says.

Although customers who book the event venue get a discount if they choose on-site catering through Squid & Bowl, Hansen says they’re not obligated to do so.

“We don’t have any kind of set menu book, which might be frustrating for some,” he says. “But ultimately, we want to encourage people to think creatively and make each meal as unique to the event as possible.”

The remainder of the building is occupied by six tenants, those being Haven Real Estate Group LLC and Envoy Mortgage LP on the third floor, and Coil Studio, Datarang LLC, Davidson Commodities Inc., and Fellow Coworking LLC on the second floor.

Fellow Coworking, which opened in April of 2016, has 5,000 square feet of shared office space co-owned by Benji Wade, Amanda Dixon, and Luke Baumgarten.

Dixon serves as the community manager for the business, which about 50 different member businesses use.

She says operating a co-working business like Fellow in the historic building has proven advantageous both for members and for the building’s other businesses.

“We serve Anvil coffee in our kitchen space, and many of our members enjoy working out at Coil studios over lunch, or visiting Hogwash for food and drinks after work,” she says.

Baumgarten, also a co-founder of Terrain, says, “Terrain uses Fellow for its office space, and having both that and our gallery here works really well. Co-working spaces like Fellow bring an even greater sense of community and interconnection to all of the spaces here in the building.”

While most of the events Overbluff hosts in its main-floor space are weddings, birthdays, and retirement celebrations, McKee says the communal nature of the building has led to tenants hosting joint events.

“We’ve worked with other tenants to host live music and spoken-word events, along with movie nights and group yoga classes in this space,” he says. “We like hosting weddings and parties, but we do hope to attract more weeknight and public events.”

McKee says upcoming events at the venue include several wedding and prom celebrations; the annual Walla Walla Wine Invitational, next month; the Get Lit! Festival’s pie and whiskey event, also in April; tasting events during the Spokane Winery Association’s Spring Release Weekend, in May; and the Volume Music Festival, in June.

Looking ahead, McKee says Overbluff is also working to complete an outdoor stage on the building’s former loading dock, which runs along the northeast corner of the building.

“We’re hoping to host more indoor-outdoor events that make use of that stage as well as the winery’s patio space,” he says. “We’re working to add lighting and build the stage structure now, so it may be ready later this summer.”

Last summer, the loading dock was home to an immersive art project and play called Waiting for Godot, through Gonzaga University’s departments of Art and Theatre & Dance, in partnership with Terrain.