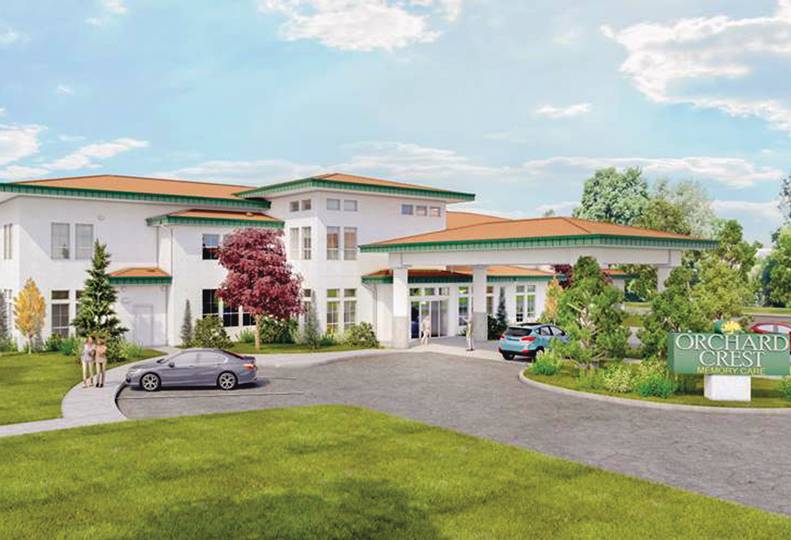 -—LRS Architects Inc.
Orchard Crest Retirement Community is building a $17.5 million, 48-unit memory-care facility on the west end of its campus, which is located at 222 N. Evergreen Road, in Spokane Valley. The facility is expected to take between 14 and 16 months to build and is scheduled to open in late 2020. Lydig Construction Inc., of Spokane, and Portland-based LRS Architects Inc. comprise the design-build team for the project, which will include a mix of single- and double-occupancy living units. 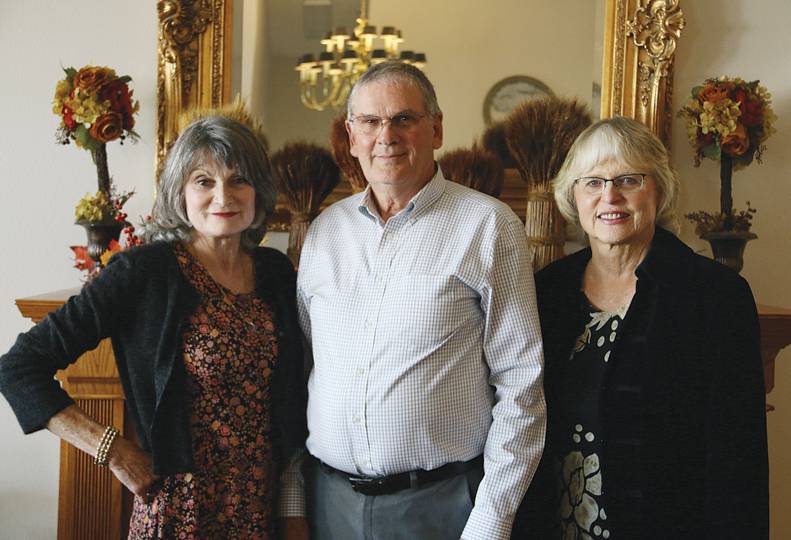 Orchard Crest Retirement Community has started its next big expansion, a $17.5 million memory care facility located on its property at 222 N. Evergreen Road, in Spokane Valley.

The 48-unit, 22,500-square-foot memory care facility is expected to take between 14 to 16 months to build, says co-owner Jaclin Smith.

The additional structure will be located on land immediately west of the existing facility. The company purchased the property, which previously were home to a triplex building and a couple of single-family homes, as the parcels became available. The structures on the site either were moved to a new location or demolished earlier this year.

The design-build team on the project is Lydig Construction Inc., of Spokane, and Portland-based LRS Architects Inc., which specializes in memory-care facility design.

Susanne Lunt, administrator for Orchard Crest, says one of the reasons they chose LRS Architects is because of its expertise with memory-care facilities and the extra touches they included in the design, such as specific lighting systems.

Smith says, “They’re finding that this market is very light sensitive, so we will have some lighting systems that will change the level of light at different times of the day to make them less aggressive.”

The building will include 48 living units, which will be a mix of single- and double-occupancy options, and will have common areas for recreation, a sunroom on the second floor, and lower level access to an enclosed courtyard, says Lunt.

“Part of our profession is looking at how can you maximize someone’s independence and help them to age in place,” she says. “With the addition of this memory care, that really allows us to round out our program and to be able to provide that opportunity for people.”

There will also be a sensory and tactile room, as well as activity stations along the halls, she says.

Smith says the stations will have therapeutic activities that relate to residents’ former occupations to stimulate memories, such as building stations for those who used to work in the construction industry, or faux nurseries with life-size weighted baby dolls for those who were homemakers.

“This population likes to wander and pace and walk, so there will be things along the way to explore and engage in,” Lunt says.

Norm Lunt, co-owner, says that music is an important therapy tool for those with memory problems as well and will be available to residents.

“Music from their youth and adulthood will stimulate memories and good feelings, so music will be important,” he says.

Susanne Lunt adds that a music therapist visits once a month as well.

Other amenities will include two dining areas—one on each floor—a coffee shop gathering area, and a sitting room for family visits.

Lunt anticipates the memory care facility will employ at least 20 staff members in positions such as medical technologists, nurse’s aides, and a program director.

Norm Lunt says hiring should begin a few months before the facility is set to open.

Financing for the project was provided by Washington Capital Management Inc., an employee-owned investment advisory firm that is headquartered in Seattle but has an office in Spokane.

Orchard Crest was founded in August 2000 as an independent living community with two triplex cottages.

The retirement community expanded about two years later to include a connected assisted living facility, and then again just over a year later to add more independent living units.

Orchard Crest has just under 190 residents currently, with an average age of 86, says Susanne Lunt.

Smith says it is unlikely Orchard Crest will expand in the future once the memory care facility has been completed, saying the organization is maxed out on land, unless they choose to purchase more homes in the immediate area, but notes only time will tell.

“It actually will complete the level of care we wanted for this (community),” she says. “If we were to do something else, we would probably move to another location and start another campus.”