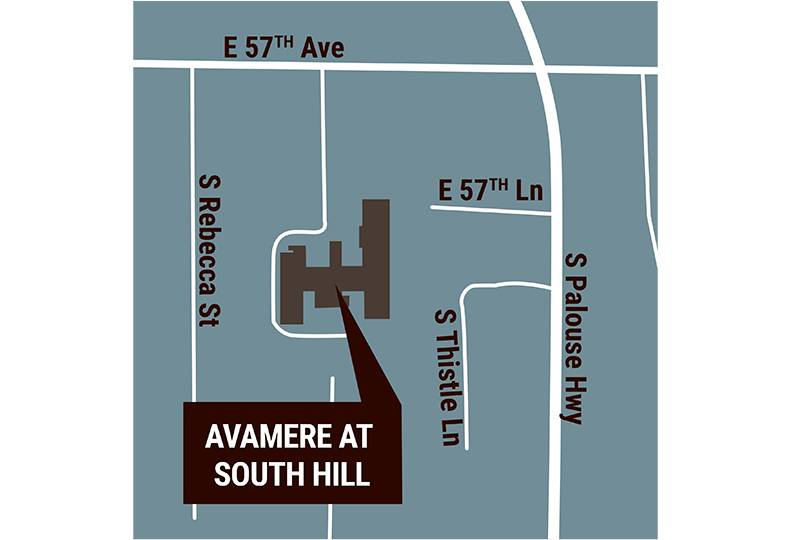 Brookdale at South Hill senior-living retirement community has been purchased by Wilsonville, Ore.-based Avamere Family of Companies and now is operating under the Avamere at South Hill name.

Avamere plans to invest several million dollars in remodeling the 79-unit facility at 3708 E. 57th, according to a press release issued by the company.

Representatives of Avamere and Brookdale couldn’t be reached immediately for direct comment.

The terms of the transaction weren’t disclosed in the release.

“We are investing millions of dollars to upgrade and remodel this community because we believe in both Spokane and our vision,” Avamere’s vice president of operations Nicolette Merino says in the release. “For over 20 years, we’ve been listening and learning what seniors want. This is our opportunity to take that knowledge and infuse it into this great community.”

Remodel work is expected to be completed by the end of 2019.

Avamere says all 43 local employees at the facility will continue in their current positions, including executive director Judi Jackson-Standish.

“We are so excited and appreciative of the investments Avamere is making,” Jackson-Standish says in the release. “It will benefit all of us and allow us to offer an even higher level of care and support.”

The South Hill complex, which opened in 2002, is one of six such retirement communities Avamere purchased in a recent transaction with Brentwood Tenn.-based Brookdale Senior Living Inc. In Washington state, the transaction also includes similar operations in Yakima and Moses Lake.

Brookdale operates four other senior-living facilities in the Spokane area and one in Coeur d’Alene.

“We are excited to finally enter the Spokane region,” Avamere chief development officer Ryan Haller says. “We’ve been looking at opportunities here for a few years and think this will be a really good thing for both Spokane and our residents.”