Current building is in path of North Spokane Corridor 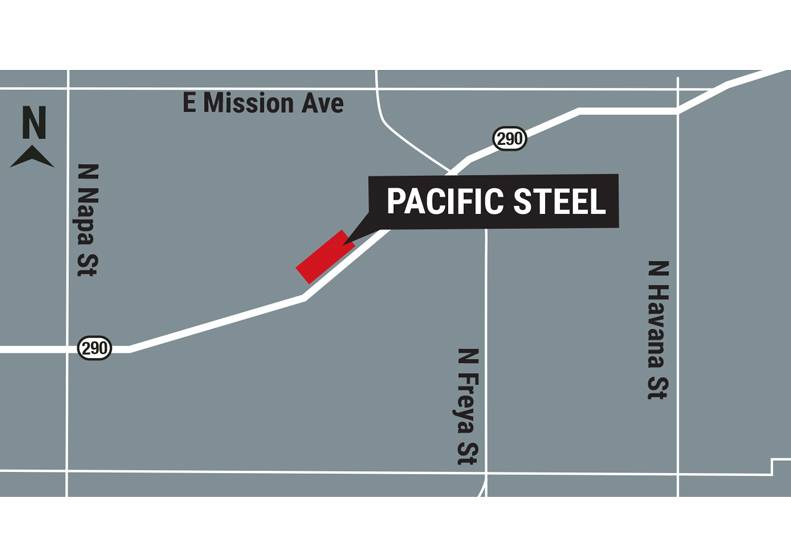 Montana-based Pacific Steel & Recycling plans to move its Spokane operations to a new two-building complex the company is constructing in East Spokane.

The company, which sells steel and recycles commercial and consumer metal and electronics, plans to build an $8 million, 38,100-square-foot complex at 2901 E. Trent, according to building permit applications on file with the city of Spokane.

The two buildings, respectively, will have about 12,500 square feet of office space and 25,700 square feet for the baler, the permit information shows. The baler will compress recyclables into compact bales for transportation.

Work on the project is expected to begin by fall.

About 25 people are expected to work at the facility, according to planning documents.

Pacific Hide & Fur Depot, the parent company of Pacific Steel & Recycling, purchased the site in April 2019 for $3.3 million, according to Spokane County Assessor’s Office records. A 36,000-square-foot former retail building at the site was demolished earlier this year.

As of the Journal’s press time, the project was under plan review, and permits hadn’t been issued.

The company’s existing facility, at 1114 N. Ralph, lies directly in the path of the North Spokane Corridor freeway project, which is why its operations are being relocated, according to pre-development documents.