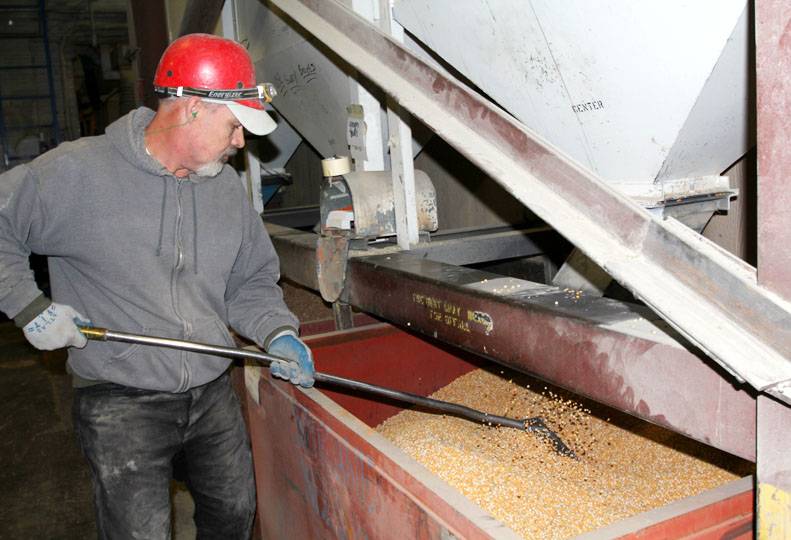 One of the measures in the Agricultural Act of 2014 provides $125 million toward researching the legumes’ nutritional benefits in American diets, including their potential impact to reduce obesity and chronic disease. The second initiative funds $10 million for a pilot program aimed at increased use of the produce in school meals.

The Palouse region, which covers parts of Eastern Washington and northern Idaho, is one of the primary U.S. growing regions for what are called pulse crops, which include dry peas and beans, lentils, and chickpeas. The word pulse comes from a Latin term for thick soup.

“There should be a ripple effect going out from these,” says Kim Davidson, co-owner of Davidson Commodities Inc., a Spokane-based wholesale distributor of pulse products and a marketing partner for Genesee, Idaho-based Pacific Northwest Farmers Cooperative.

Davidson adds, “If people are learning how affordable and healthy these local foods are, that helps our company and our local farmers. We’ve known about the health benefits for a long time.”

Farmer Jim Hermann, co-owner of RimRock Ranches in Genesee, says in-depth scientific research on how pulse crops impact health is needed, though the legumes date back thousands of years. He says the crops are known for being good sources of fiber, protein, folate, potassium, and iron.

“I think these programs will help introduce them more, and with research, that will back up claims that these are nutritious,” Hermann says. “An example is oats. They were determined to lower cholesterol, and they did the research so they could claim that on packages. Oat consumption dramatically took off.”

Overall, the new farm bill signed into law Feb. 7 commits $956 billion over the next 10 years, and it included some spending cuts and changes in programs. Lawmakers ended a system of direct annual payouts to farmers, but expanded a crop insurance program. Food stamp funding will be cut by around $8 billion over 10 years, largely by increasing the level of federal heating assistance required to trigger higher benefits among recipients.

The farm bill also reauthorized $700 million for the Agriculture and Food Research Initiative, which in part is expected to provide grant funding to Washington State University’s wheat crop research.

Cantwell authored the school pilot initiative that will provide the U.S. Department of Agriculture $10 million through 2017 to buy pulse crops to use in school breakfasts and lunches. The food is expected to include hummus, raw beans, and lentils used in main dishes, and flours made from pulse crops to boost nutrition.

At the end of the school pilot, the USDA will review results that measure student consumption of the pulse crops, which pulse crops students preferred, and how the products changed nutritional levels.

Meanwhile, the Pulse Crop Health Initiative will provide the $125 million over five years to conduct research into their health and nutritional benefits, says the Moscow, Idaho-based USA Dry Pea & Lentil Council.  Once the benefits are more widely known, the council says it expects demand for the products to rise substantially.

WSU also is expected to be eligible for grants under the pulse crop research initiative. Additionally, the research funding will support technical expertise to help food companies use pulse crops in their products, and it will establish an educational program to encourage consumption.

Spokane Seed Co., which has operated since 1908, processes and sells dry peas, lentils, and chickpeas at its facility, located at 6015 E. Alki in Spokane Valley. It also has a plant in Colfax., Wash.

Andrew Fontaine, Spokane Seed’s general manager, says the extensive research on all pulse crops likely will increase their consumption in the U.S. diet.

“The nutritional benefits are superior for these products,” he asserts. “The research will allow us to understand and create value-added, convenient ways to incorporate pulses in the daily diet. We are thrilled that our product has been granted this huge opportunity.”

Idaho’s pulse crops had a production value of $20 million in 2012, Crapo says in a press release. The value of pea, lentil, and chickpea shipments handled via the Columbia-Snake River System, which includes produce from both Idaho and Eastern Washington, reached nearly $50 million in 2011, up from just over $30 million in 2001, the release also says.

Inland Northwest-grown chickpeas, also called garbanzo beans, increasingly are being sold in the U.S. to make hummus products, as opposed to more than five years ago when the crop was sold predominantly overseas to buyers such as Spain and Turkey, Hermann says.

The Hermann family partnership, RimRock Ranches, farms on 2,800 acres. He says about 40 percent of that total acreage is in garbanzo beans or lentils. Another 40 percent is in winter wheat, and the remaining 20 percent is spring grain, either barley or spring wheat.

“I don’t mind selling to Turkey or Spain, but it is exciting to grow something that Americans eat and benefit from,” Hermann says. “Five years ago, I don’t think I knew what hummus was; I hate to admit it.”

Davidson Commodities distributes and markets PNW Co-op Specialty Foods to retail grocery outlets in the Inland Northwest, including products sold in bulk and in bags. The food items include different varieties of lentils, garbanzo beans, and split peas.

Davidson says she and her sibling co-owner, Matt Davidson, already are working with programs in Spokane to promote use of pulse crop in school meals. She and her brother visited Cheney Middle School on Feb. 12 to do a demonstration on cooking lentil chili for students’ lunches.

“We were out at Cheney doing a demo of lentil chili, and the kiddos were coming up for seconds and thirds,” Davidson says. “They take that home and say. ‘Hey mom, I had lentils today and they were really good.’”

She says the Cheney School District is among other districts in the area that have worked over the past few years to return to more scratch cooking of meals, as opposed to using previously prepared food products that are reheated.

“I’m 47, and when I was in school, the lunch ladies cooked everything from scratch,” she says. “That all changed toward convenience and the price for food, and schools got rid of their cooking equipment. What’s happening now is scratch cooking is coming full circle, but it’s a long process.”

She adds, “The people cooking have to be trained. It’s about the recipes kids will eat, proper equipment, presentation, and schools need to make money on lunches.”

She says newer federal school meals guidelines are designed to increase the amount and variety of fruits and vegetables, including more legumes that in the past might have arrived only in large cans or as dried product.

“We can be a pilot state for a food manufacturer to decide that instead of giving us huge cans of beans, they’d give us hummus,” Elkins says. “Kids can use them as dip, or manufacturers can make tortillas with chickpea flour so the nutrition is higher. A certain number of states would be pilots. The idea is to introduce them in different forms than what we are currently offering, and producing kid-friendly menu items.”

She adds, “It’s great because with pulse crops, it’s low-cost and it’s so nutrition dense. The pulse crops are a protein source, not just a vegetable, so then our dollars will go further. It’s a matter of getting kids used to it at an early age, and it just becomes part of their diet for the rest of their lives.”

Davidson says the reality of getting fresher food onto school plates has faced some obstacles in recent years, though the challenges are starting to ease.

“There are distribution hurdles; there are price hurdles,” Davidson says. “Schools have a certain budget. It’s pretty tight. They can’t buy from a lot of smaller distributors. That’s where Charlie’s Produce and Spokane Produce are important here. They can feed into those distribution channels. That’s really made a difference.”

Overall, she says increased consumption of pulse crops will help the agricultural industry here and the support businesses surrounding that crop production.

“Our goods are grown within a 60-mile radius of Pullman-Moscow,” Davidson says. “When we sell more of our PNW Specialty Foods, it’s not just putting money into farmers’ pockets. We also use local businesses—Justus Bag in Spokane Valley to create packaging, Compass Freight to ship, Zipline Interactive to do package design, and Ross Printing, so there’s a web here we’re talking about.”

“The impact this can have is big if this really takes off,” she adds. “It’s a job creator.”