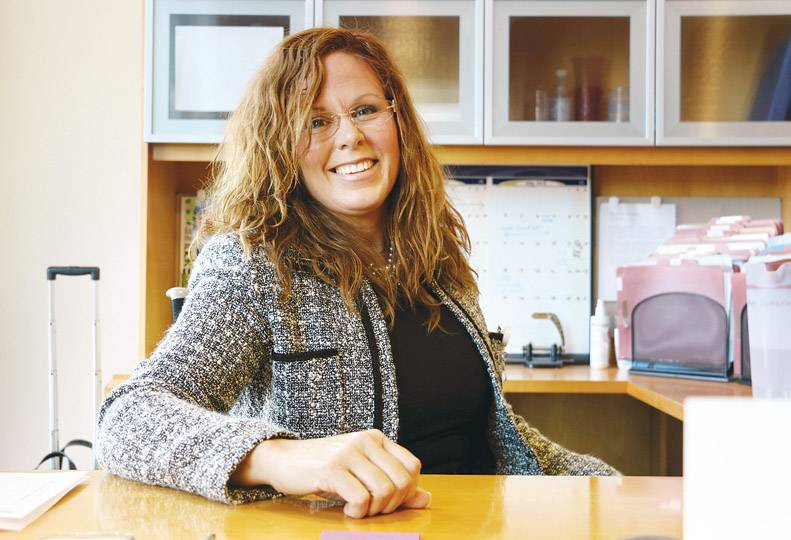 Patty Sipes, senior vice president of sales, marketing, and business development for PAML, declined to disclose the exact requisition numbers for 2014 and 2013.

Sipes says that requisition volume refers to the doctor’s order for all the tests for one patient, not the individual tests.

“One requisition could have three or four tests on it,” she says.

Sipes declines to discuss specific revenue figures for the company, but says it’s in the hundreds of millions of dollars.

“That means that we did it ourselves; we did it solely based on increasing volumes and lab efficiency,” she says. “The average growth is 3 to 4 percent annually for the industry; we were over 8 percent.”

Sipes says the company is hoping 2015 will be similar to 2014, but it doesn’t have specific growth goal projections at this time.

“We had a good rate going into the end of last year, and we have aggressive goals for this year,” she says. “ … Our pipeline is still very strong. We’re looking for organic growth to be similar to last year … The key is to keep clients, keep employees, and then add more clients, and be efficient in the lab.”

Sipes also says that PAML is adapting to the changes brought to health care by the implementation of the Affordable Care Act.

“We expect that … reimbursements will continue to decrease, so we work that into our budgets,” she says. “You almost have to do two times the work to make the same revenue. We just keep moving ahead.”

Sipes, who moved to Spokane from Washington, D.C., three years ago to work for PAML and is in charge of mergers and acquisitions, says that acquiring other companies is a common way for lab businesses to grow.

“We’re approximately the fifth or sixth largest lab in the country,” she says. “Most other companies, they will grow, but they will grow by acquisition.”

PAML, which has about 1,800 employees total and 1,000 here in Spokane, has its corporate headquarters at 629 N. Iron Court on the Iron Bridge Office Campus here. Its main laboratory is located at 110 W. Cliff Drive  on the South Hill.

“We have a huge billing department and (information technology) departments here,” she says. “We do all the billing and IT for our joint ventures.”

PAML has a total of nine joint ventures with hospitals and labs around the country, Sipes says, including ALPHA with Kootenai Health in Coeur d’Alene and TCL in the Tri-Cities area with Kadlec Medical Center, Kennewick General Hospital, and Lourdes Health Network.

“We’re morphing it as time changes,” Sipes says. “Billing practices are changing, and how many physicians are affiliated with a hospital versus being employed by them is changing. It’s changing dynamically, and we’ve become more open and diverse from a venture perspective.”

The company added one joint venture in 2014 with Franklin Healthcare, in Nashville, Tenn., Sipes says. The ventures can take a long time to finalize, she says.

“When we look at what partners we bring on … we’re making sure it’s a good fit,” she says. “I just put a report out (on a joint venture) that took three years.”

Sipes says that PAML has many longtime employees, in its sales department in particular, which has contributed to its growth.

“Having low turnover is huge, because you don’t have upset with clients in a territory,” she says. “On the flipside, we can bring (business) in, but we need our team to make sure it stays … it’s just the whole group who’s really made it happen.”

Sipes says the company recently had an employee recognition ceremony where one employee celebrated 45 years at PAML. She says she also knows of an employee with 35 years at the company, and several with 25 years.

“I love having those skill sets,” she says. “That experience, you can’t buy it.”

“Dr. Greg Clark, the head of our labs, goes through the labs and says, ‘What do we need to be cutting edge?” Sipes says. She says the company’s technology helps it keep up with higher requisition demands.

As previously reported by the Journal, the website offers a variety of tests that can be ordered and sent to the patient. Depending on the test, the patient then can go to a collection center to have blood drawn, use PAML’s mobile phlebotomy service, or use a finger stick and a collection card to take blood at home.

Cinch offers a variety of tests, including cholesterol, thyroid screens, drug tests, and diabetes screens, among others.

Late last year, PAML also introduced CinchView as a component of the Cinch website, at www.gocinch.com. With CinchView, all of a patient’s test results are displayed at once as colored tiles.

The tiles are color-coded to show if tests are within or outside the normal range.

PAML also launched Aion Laboratories, a division that specializes in providing diagnostics for age-management medicine, a little over a year ago, Sipes says.

“We’ve experienced good growth with both Cinch and Aion,” she says.

Aion provides a full battery of tests and diagnostic tools to age-management doctors and clinics around the county, Sipes says.