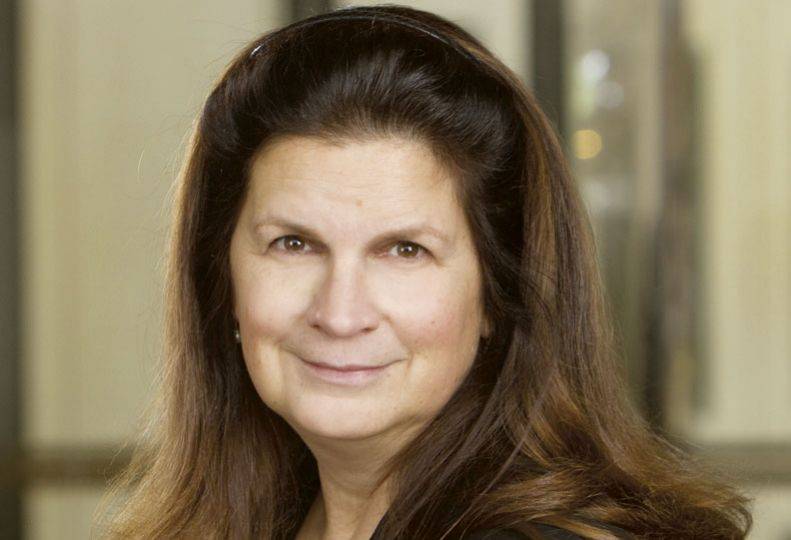 Ciani grew up in Southern California and received a bachelor’s degree in political science from UCLA, and a juris doctor degree from Loyola Law School, in Los Angeles. As a lawyer, she eventually became a partner for a private practice in LA that represented financial institutions. In 1994, she and her family moved to Washington state, where Ciani decided to step into in-house counsel for private financial corporations. She joined Numerica Credit Union in 2012 as the institution’s executive vice president and general counsel. In 2018, she was promoted to chief risk officer.

How did you choose to focus on banking within your law career?

I consider myself an accidental tourist in life. In my last year of law school, I worked for the district attorney in Inglewood, California, for the juvenile division. I quickly realized that, although I thought criminal law would be my passion, it definitely was not. My dad was in banking and convinced me to give it a try, so I went to work for a law firm that represented financial institutions, and I liked it. It’s logical, and I’m pretty logical.

When I moved to Washington, I decided to try something new and become an in-house lawyer. I liked it, because you really got to know your client and their needs. You are not just answering questions, but you are actually advising on the right questions they should be asking. You’re able to listen to the needs and then look at the law and say, ‘hey, the law has a solution, let’s use it.’

What were your duties as general counsel and chief risk officer?

My job evolved to be the chief risk officer. When I started as general counsel, I reviewed contracts and was responsible for vendor management and business continuity planning, as well as getting insurance for the organization. My job is a lot of contractual work as well as corporate governance.

It really puts the word “counselor” to use because you’re involved in a lot of conversations that make you think of associated risks. Being in-house counsel has enabled me to go beyond the law and to use my legal talents for things like figuring out how to be the first to bank the cannabis industry in the state of Washington. We were also the first credit union to outsource our internal audit function. I was able to spearhead those things all for the benefit of the organization and our community.

What are some of the highlights you look back on?

I had the ability to work with what is now the GoWest Credit Union Association and assisted in the regulatory committees, as well as their government affairs. I chaired the state issues work group, and we were able to introduce a lot of legislation to help credit unions have more flexibility—the way companies have flexibility.

For example, credit unions were not allowed to purchase property unless they were going to fully occupy it. That didn’t make sense, especially since we were in this period of COVID lockdowns, and people were moving out of the office and working remotely. Suddenly, we were supposed to sell our property. After explaining it to the state Legislature, we were able to get that law changed so that credit unions could purchase real estate for the purpose of their business, meaning we could own this building, branches, and land for developing in the future.

I am most proud that I was able to excel in my career while prioritizing my children and husband, family, and friends. Many folks focus on the title they want to achieve. My focus was always my family, but while at work, I was committed to giving it my all. I asked for what I deserved when the opportunity arose but really had no plan other than to provide for my family and do the best that I could do. While working, I created relationships that will last a lifetime. I had a wonderful career and am looking forward to what’s next.

Why did you want to bank the cannabis industry?

Back when I-502 was passed, which legalized the sale, purchase, and use of cannabis in the state of Washington, I immediately started doing research to understand what that means. We knew that under the law at that time, we couldn’t bank it. I was interested in the crime that was associated with it. For instance, there was a guy in Orange County, California, who was kidnapped and mutilated because the robbers thought his money was buried in the desert somewhere. There was an elderly couple in California that were tied up and beaten because the bad guys got the wrong house and thought (the couple) were the owners of a cannabis business and had money stashed in the house. I really didn’t want that crime here. Those are just two stories. I had a folder at the time with all the crime associated with it because there was nobody to bank the industry.

The Department of Justice came out with a memo saying that, although cannabis was still illegal, there was a path for us to follow in order to bank the industry and not get in trouble. So we decided to go forward. We met every day and figured out how to do it. We started in Spokane and slowly grew.

What advice would you give to young attorneys?

This is advice that was given to me by the federal judge I clerked for, Judge Foley. He said my job was to read all the motions in front of me, understand what the right thing to do is, and then find the law to do it.

I’ve lived my life that way. I think it’s important. So often young lawyers are taught things in black and white. But you can find a way within the law, most times, to accomplish the right thing.

What do you look forward to in retirement?