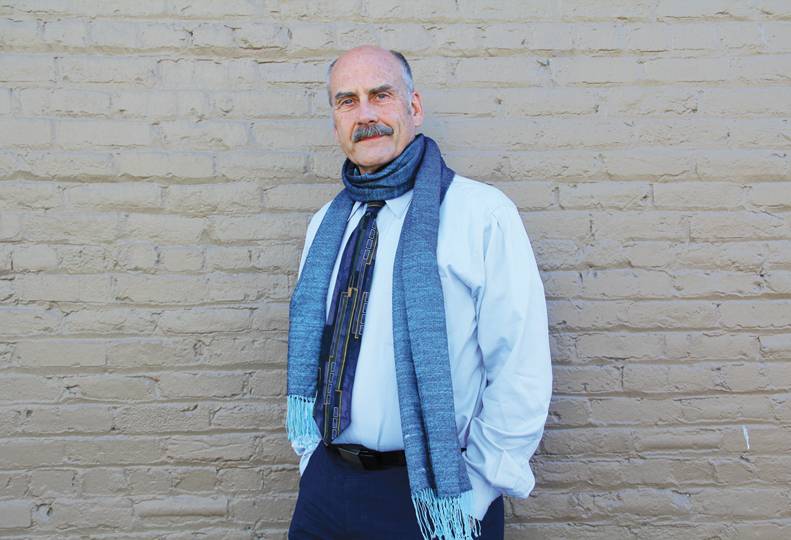 John Hancock has been embedded in Spokane’s nonprofit scene for years, though he didn’t work directly for a nonprofit until he joined Spokane Housing Ventures in early 2019.

Hancock’s background is in music — he played French horn for 25 years. In 1999, Hancock came from the Toledo Symphony, in Ohio, to take on the role of CEO and executive director of the Spokane Symphony. After a brief stint with a symphony orchestra in Wisconsin, Hancock returned to Spokane and settled down to start his consulting firm, Deep Creek Consulting.

Now age 67, Hancock is preparing to retire from Spokane Housing Ventures on Jan. 1. The Journal sat down with Hancock to trace his career path and gain his perspective on Spokane’s affordable housing crisis.

Journal: Where did you work before Spokane Housing Ventures?

Hancock: I spent 12 years as an independent consultant, helping nonprofits in Spokane with organizational development and grant writing. Deep Creek Consulting was the name of my little company. During that 12 years, I worked for about 50 local nonprofit organizations.

It was at Catholic Charities that I learned what I knew about housing coming into this work. The local government’s support for homeless people and people with housing trouble is a big issue in the city. The housing crisis was a big topic that’s still on the table for political action and problem-solving in the community, because there are so many more people seeking housing than there are places to live.

It’s not a new problem. The city’s 10-year plan to end homelessness just keeps rolling over, without any easy solutions. That was of interest to those agencies, and I was asked to help with the funding that helped new projects begin.

What drew you to the issue of housing and to Housing Ventures?

It was an invitation by this agency to get involved with fundraising, to be able to make some big things happen here, which the basic government support for housing didn’t fund. The question is, beyond our 1,200 apartments with government regulation, what can we do that’s beyond the minimum requirements of safe housing? Flourishing is the word we use to describe what can happen to a person or a family when the basic needs of housing have been taken care of.

The stability provided by a house helps a person advance in a way that’s far better than living in their car. That’s about permanence and stability for kids in school. It’s a healthier place to live in your home than to not have a home. It’s progress toward your GED or toward more financial stability, toward reuniting families that have been split up by poverty or health-related issues. It’s the idea that a person who doesn’t have much hope for what can happen next because of their life circumstances can get a better start from a home than from Grandma’s back porch. It seems like housing, in that way, is a basic indicator of a community’s health. If all citizens have a safe place to live, lots of good things happen for everyone in the community.

What are your greatest concerns for affordable housing in Spokane?

If we just talk about the supply, there are 5,000 or 6,000 people on waiting lists for a place to live. Some of them are homeless. Some are in really substandard places. Some are in apartments they can’t afford.

We who have 30-year mortgages on our homes take future stability for granted, but at least one-third of the people in Spokane are living on a month-to-month lease. There’s no promise of stability for them, especially during a pandemic. How do you keep up with outside forces beyond your control?

It’s a really scary time, not just for our residents in affordable places, but for many residents who don’t have any government coverage to help with their own debt burden. It’s true for all kinds of people in all parts of Spokane, that this is a hard time to know what’s next. The pandemic has just piled on even more economic uncertainty to the conditions already in Spokane.

If you had a magic wand that you could wave over Spokane, what would you want to see happen?

The development of trust among groups in conflict is really important. Spokane is a good-sized city, in my estimation, because it’s big enough to have the resources to get big things done, but it’s small enough where people can know each other, and agencies can collaborate, partly because of the personal trust that Spokane people can develop with each other.

I think that invites both new people and old people to the table with solutions about what to do. Spokane is such an attractive place that there are people moving here, especially from California and Seattle, because of the challenges in those areas. If we can quickly harness the energy of ideas and money that those people bring here, we can craft forward-looking, urgent solutions.

The current political climate causes a lot of people to mistrust each other. I’d like us to get past that, into the idea that the future can be created with collaboration, not simply by choosing sides and denigrating people with whom it’s easy to disagree.

What has been the greatest challenge of your career?

There are about 7,000 pages of regulations and rules that we live under in this multifamily, government-supported affordable housing industry. It feels like every week, our 65 employees go full speed toward their piece of 7,000 pages of rules, and it takes until about 10 minutes to 5 p.m. every Friday for us to do the week’s work toward what we have to do. There’s not much time and energy left for what we could choose to do, what we imagine doing.

Is there anything that you wish you had done differently, looking back?

I’m learning how to slow down and be more human, instead of always going fast toward the strategic planning and the mechanistic and the logical. Had I got to the balance of that a little earlier in my life, some better things might have happened. Going toward retirement is inspiring to me, because it’ll allow me to slow down a little and explore some creative stuff that I haven’t had time for.

I describe it as in the second half of my life. It’s not a move from Spokane, though I hope to travel. We have 12 grandkids, and they’re all over the country. I don’t want to miss some of their teenage growing up things.

My wife and I live on 10 acres in the country, on Deep Creek. We’ve got an outdoor life that we really like. That nature life has a lot to offer to any of us. Spokane’s a great place to be near nature, near perfect, as the slogan says. There are a lot of people who are in Spokane for that reason, so I’m in good company.