‘Pause’ could hamper WSU’s research cause 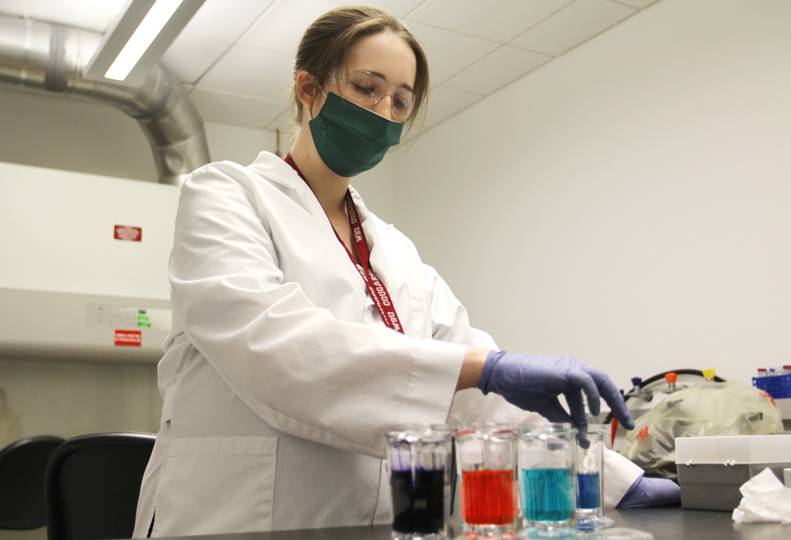 Though money for research has risen steadily in recent years at Washington State University Health Sciences Spokane, officials are concerned a prolonged global pandemic could have a compromising effect on future funding.

What research that has continued on campus is related almost exclusively to COVID-19. Campus officials, however, now are starting to discuss how to begin reopening the campus safely and prepare researchers to resume studying in their specific areas of expertise, she says.

But in the realm of academic research, especially within the various disciplines of medicine, the ability to secure future funding dollars is dependent upon the findings of today, says John Roll, associate vice president for strategic research initiatives at the WSU Health Sciences Spokane campus.

“The slowdown has jeopardized some ongoing studies and has certainly slowed down our ability to collect pilot data, which is important for researchers when they want to submit new applications for future funding,” Roll says.

Not all research in these areas has stopped completely. Working remotely, researchers still have the ability to complete data analysis and write manuscripts. “Human participant work,” conducting interviews of subjects for example, is being done by phone or video conferencing, he says.

But that can only go so far, says Roll, who, like Barbosa-Leiker, specializes in the study of addictions.

As an example, if researchers need to collect data on a new drug that is being tested to treat alcohol-use disorders, the standard procedure is to enlist 10 to 15 people willing to undergo testing.

In the process, it may be necessary for the researcher to collect samples of blood, saliva, urine, or all of the above. Current stay-at-home measures don’t allow for that to occur.

“Without those data, I wouldn’t be able to submit a large funding proposal to the National Institutes of Health to further investigate,” Roll says.

“It’s challenging to see how we could maintain the current state of affairs for a long time,” he says, when asked how research efforts could fare long term in the current working environment.

NIH, the nation’s medical research agency, which is overseen by the U.S. Department of Health and Human Services, is the largest federal awarding agency for the overall WSU system.

The funding for research is cumulatively comprised of numerous grants – mostly federal – that arrive throughout the course of the year.

Established in 1989, WSU Health Sciences Spokane has almost 1,700 total students, 87% of whom are Washington residents.

WSU Health Sciences has 534 undergraduate, 325 graduate, and 826 professional students. The college has 228 full-time and 114 part-time instructors. Among the 342 faculty and 325 graduate students, the majority are involved in some level of research or scholarship, WSU records show.

“Our faculty had to get very flexible very quickly,” she says. “They pivoted in some research methodologies. We adapted very quickly to the orders.”

For the foreseeable future, researchers will continue studying the effects of the presence of the coronavirus within society.

“I think one of the things this pandemic has done is sort of shone a spotlight on what many of us already knew existed,” Roll says. “And that’s the inequities in health throughout our society and throughout the country.”

He says WSU researchers have been working actively with local, regional, and national health care officials in modelling groups, studying airflow in work spaces and how people generally interact with each other.

Barbosa-Leiker is part of a group of researchers studying the effects of stress the pandemic is having on pregnant women, particularly those who are from low-income homes.

“With changes in policies and protocols at the hospitals, their stress levels are incredibly high,” she says. “We’re currently doing a few studies to try to capture and quantify a lot of these issues so that health care providers and government officials can be better prepared if we’re in this position again.”

Before moving back to a sense of normalcy, though, Roll says it’s important for researchers to continue to stay up to date as best they can in their areas of expertise.

“When this pandemic comes to an end, we need to as quickly as possible resume our already existing work,” he says.