Place LA is off to strong start in blooming economy 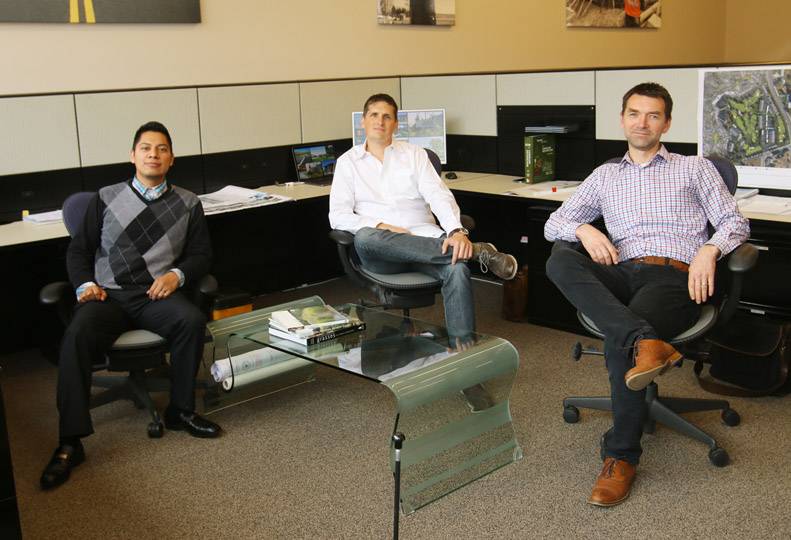 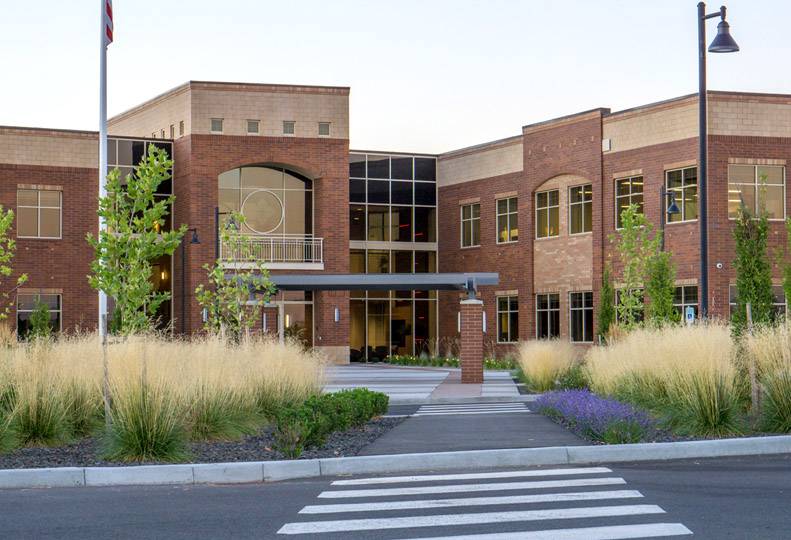 -—Place LA
The landscape work at the Northwest Farm Credit Services headquarters, on the West Plains, is one of 63 projects that Place LA took on last year.

“I didn’t actually think that in two years that we’d have 3 1/2 people working for us and that we’d be looking outside of just Spokane,” says Tripp, principal landscape architect and owner of Place LA. “Honestly, I thought it would probably take three to five years to get to that point.”

“We’re about as lean as it gets,” Tripp says of Place LA’s business model. “We’re a boutique studio.”

Tripp says Place LA’s employees have been engaged in the landscape architecture and construction industries for decades and finished 63 projects last year.

“I think we’re on track to easily exceed that this year,” Tripp says. “Some of the opportunities that we’re learning about and being asked to participate in, the scope seems to be getting a little larger. We are fortunate enough to have some really amazing relationships. About 95 to 97 percent of work is repeat and referral projects, which I think speaks highly to the amount of effort and the care that we give our clients, and the professionalism with which we work, and the creativeness of our designs. We’ve seen growth every year since the studio was established.”

Some of the projects Place LA completed last year include work at the Nines on 9th apartment building, on the South Hill; a garden at Frontier Behavioral Health, in East Spokane; and work on phase one of the Spokane Tribe Casino development, on the West Plains.

Though he declines to provide revenue figures, Tripp claims that Place LA’s annual revenue is projected to grow by 30 percent this year. Some of that growth, Tripp says, is due to the current state of the economy.

“It’s a really strong economy, and I think that builds energy,” he says. “There’s a lot of really cool things happening that are good for our community and that make Spokane a more diverse environment community and draws people from the outside.”

The firm often specializes in resource conservation, particularly water conservation and collection. For example, Place LA developed a rainwater harvesting system in fall 2017 for the courtyard of Opportunity Elementary, in
Spokane Valley.

“All the classrooms look out on it. The library looks out on it, and the teachers will actually use it as part of their lesson plans to teach … earth sciences and trying to teach young students about resource conservation,” he says.

“It’s amazing all the logistics and controls we’re using now, because it will sense and track water use by day and by time, and it learns as it goes, and if something spikes, it takes note of it and it alerts the person,” he says. “And not only does it alert the person of that, but it will shut the system down until somebody physically says, ‘No, that’s okay,’ or ‘We’ve fixed it, turn it back on.’”

Noting that Spokane parks are renowned for their association with landscape architecture legends the Olmstead Brothers, who were involved in the creation and improvement of parks like Manito Park and Rockwood Park, Tripp says he’s excited to see how much energy and money is being spent on public infrastructure.

It’s precisely that sense of energy that Tripp says he hopes the city will continue to nurture, especially after his experiences traveling through Europe.

“Everything here in the U.S. is designed around the automobile,” Tripp claims. “Yet, you go to other countries that are much older, and you learn that it’s not about car counts, but it’s about people and having active spaces and having people in those spaces, because that’s where energy comes from, and that’s where impromptu business and this whole sense of community happens. When you’re ripping through in your car, there’s no connection, there’s no time to be part of that place. But when people are there and engaged in it, it’s a whole different experience, and it allows for this whole different growth and development of neighborhoods.”

“Participating in that class is what gave me the confidence to believe in the business model and the numbers and the spreadsheet, to actually commit to hiring a full-time employee,” Tripp says.

Looking ahead, Tripp says he’d like to see the firm move into its own space.

“We have some opportunity to move to the University District, which we’ve considered and still are considering, but I don’t know when that’ll fully materialize,” he says. “We’ve even considered moving into some space even in Kendall Yards. I think, as landscape architects, it’s fun to plug into those little hubs that are hotspots of activity and energy.”

Tripp also envisions Place LA becoming involved in community service and nonprofit work. The firm has already helped to facilitate a relationship between Second Harvest and the Airway Heights branch of Northwest Farm Credit through planning and designing a community garden tended by Northwest Farm Credit employees, the produce from which is collected by Second Harvest. However, Tripp has dreams of enabling Place LA to give back directly.

“I actually have some connections with SOHI (Spring of Hope International). They help with infrastructure development and providing water to rural areas in Kenya,” he says.

“In these outlying communities, if there’s not somebody there to help champion their cause and to help them secure funding and procure funds, it’s something that doesn’t get built,” he says.