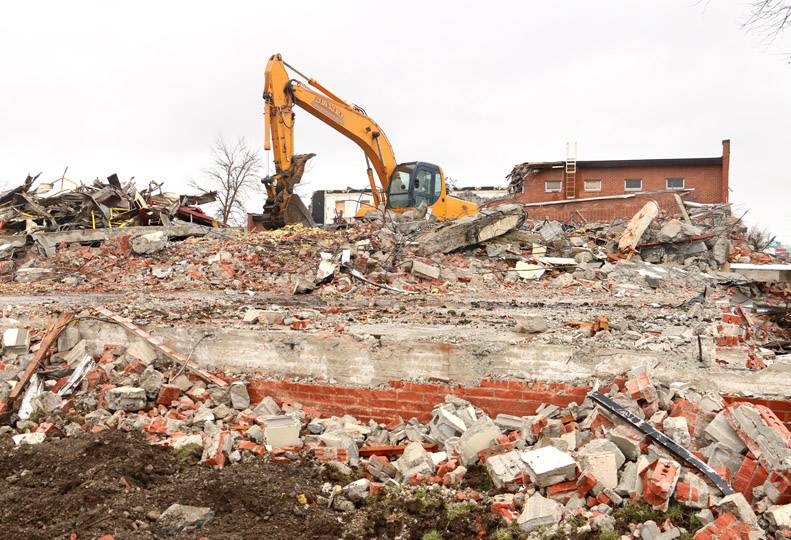 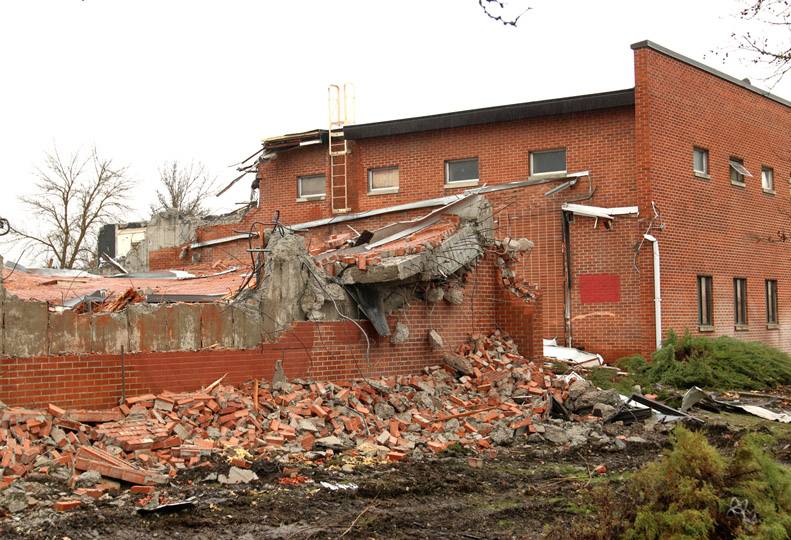 -—Mike McLean
The Joe E. Mann Army Reserve Center has been vacant since 2010. At one time, Spokane Public Schools had planned to acquire it with the goal of opening an alternative high school there eventually. The district stepped away from the building after vandals did extensive damage to the complex.

State tax records show Douglass paid $1.6 million for the property, which had an assessed value of $2.8 million at the time of the purchase in late 2015.

Richard Burris, president of the Greater Hillyard Business Association, says a number of people submitted bids for the property, and he had hoped to see retail development there.

“Harlan Douglass got a better bid and decided to make outdoor storage,” Burris says. “I think it’s a poor use, but the property owner has a right to do what he wants to do with it. All we can do is hope for the best.”

Landscaping and setback requirements will help somewhat with aesthetics at the highly visible site, he says.

“It’s been an eyesore for quite a while,” Burris says.

The Mann center has been vacant since 2010, when its operations were moved to the new Armed Forces Reserve Center at Fairchild Air Force Base as part of consolidations mandated by the Defense Base Closure and Realignment Commission.

Over the next several years, multiple public entities, including Spokane Public Schools and the Spokane Tribe of Indians, proposed new uses for the Mann center structures.

Spokane Public Schools had planned to take control of the Mann center in 2011. The district wanted to use the center initially for elementary school science supply storage, band instrument distribution, and support-staff offices. The school district also was considering long-range plans for an alternative high school at the site.

In early 2013, the district was still waiting for the Army to transfer ownership of the Mann center to the U.S. Department of Education when thieves and vandals damaged the property, causing the school district to drop its interest in the complex.

After that, the city of Spokane, as the Army’s designated redevelopment authority for the site, took over site security and sought proposals for potential future uses for the property.

The Army rejected all proposals, but after an inquiry from U.S. Sen. Maria Cantwell’s office, it said in late 2013 it would be open to transferring the property to the U.S. Bureau of Indian Affairs.

The transfer would have enabled the BIA to designate the Spokane Tribe of Indians to hold it in trust for community development, potentially for a proposed workforce development and manufacturing incubator.

The transfer never went through, and the Mann center went on the auction block in 2015.

Krum claims proposals by other potential buyers and entities fell through because of difficulties working with the Army.

“Dealing with the Department of the Army was a nightmare,” he says.

He asserts at least one potential buyer walked away from a substantial cash deposit, because the Army insisted on selling the property “as is” without any documentation about its condition or potential liabilities.

Krum says Douglass Properties, acting as its own contractor, hopes to begin construction later this year on storage structures that would have a total of between 60,000 and 70,000 square feet of space.

“We’re still dealing with the city on right of way and things of that nature,” he says. “We’re hoping for construction in late 2017, but it could be a 2018 project.”

As part of the project, Douglass Properties is seeking to reroute public water mains and reduce public utilities easements on the site. Access to the site is proposed from Market Street and an exit-only gate is planned on Haven Place.

Douglass Properties has reduced for now its original vision of a $4 million, 11-building, 130,000-square-foot self-storage complex, although the currently planned complex could be expanded in the future, Krum says.

“We had planned to build out the whole site and scaled back significantly,” he says.

The Mann center was named for World War II Army Pfc. Joe E. Mann, who was born in Reardan.

Mann was posthumously awarded the Medal of Honor for singlehandedly destroying an enemy artillery position and ammunition dump while suffering four wounds under heavy fire during a battle in the Netherlands in 1944. Mann was killed during an enemy attack the next day when he threw his body on a grenade to protect his comrades.