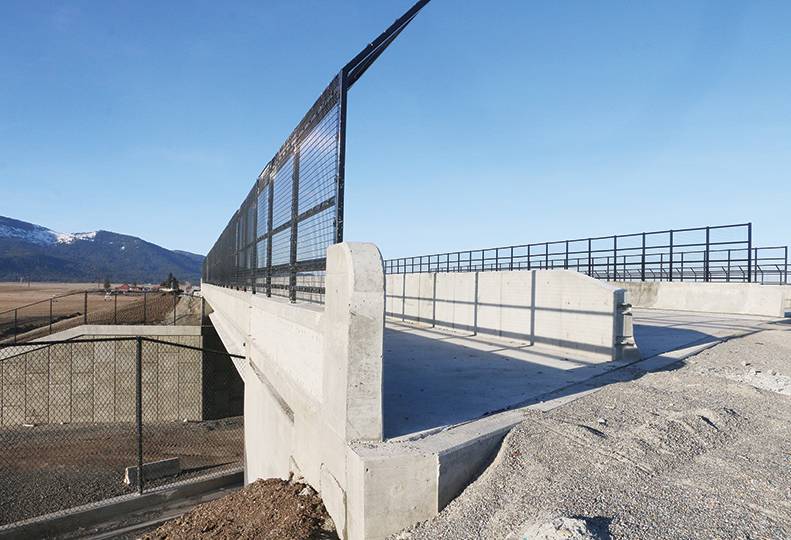 -Mike McLean
The Idaho Department of Transportation plans to complete the $59.2 million expansion of state Route 41 between Post Falls and Rathdrum yet this year.

On the heels of a $59.2 million state Route 41 expansion and improvement project that reaches from Post Falls to Rathdrum and is expected to be completed this year, the Idaho Transportation Department expects to begin construction on a $60 million to $80 million Interstate 90 interchange at the junction with the improved highway.

Kent, Washington-based Scarsella Bros. Inc. is the contractor on the current project, which includes constructing northbound and southbound bridges over railroad tracks north of Hayden Avenue, removing railroad crossing south of Hayden Avenue, and improving intersections with new or upgraded traffic signals on the 6.5-mile stretch of the highway between Mullan Road on the south end of the project, and Boekel Road on the north end.

Work yet to be conducted this year includes completing the southbound bridge over the railroad tracks and the southbound lanes between Boekel Road and Prairie Avenue.

Post Falls community development director Bob Seale says he expects the completion of the current project will help induce some long-planned business developments to move forward, including a technology park at the northwest corner of state Route 41 and Prairie Avenue, and a regional shopping center at the northeast corner of the intersection. For example, Seale says, a Super 1 Foods supermarket and a Peak Fitness facility are planned at the shopping center site.

He says he also expects other new and expanded retail and commercial activity will be attracted to the improved corridor.

Under the redesign, the westbound offramp won’t curve nearly 180 degrees as it’s currently configured, and traffic for all ramps will be controlled by one signal.

The ITD says the freeway interchange “will be upgraded to a new design that will be safer, more efficient, and compatible with future expansion.”