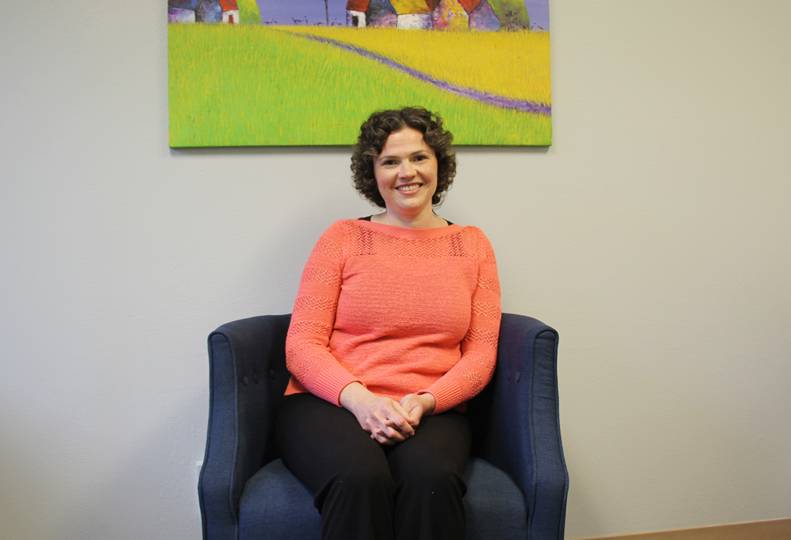 -Virginia Thomas
Corynn Manske, an independent clinical social worker and therapist, says a woman can experience a range of mood and anxiety disorders before and after giving birth.

“We pretty much all know somebody, whether we know it or not, who has gone through it,” Manske says.

Postpartum depression actually falls under an umbrella term: Perinatal mood and anxiety disorders. The term postpartum depression is a misnomer, Manske says. Mental health issues can arise not just after birth, but during pregnancy and up to a year following childbirth, hence the term perinatal—literally, near birth. Those mental health issues can include depression, but other disorders can be triggered by pregnancy and birth, too.

“They may be feeling depressed and hopeless, but they can be having high periods of anxiety, where they’re feeling generally keyed up, having difficulty sleeping, feeling irritable,” Manske says. “For some women, they may have never had any anxiety before.”

That’s the downside of using postpartum depression as shorthand for any perinatal mood disorder, Manske says.

“We’ve done pretty well about trying to educate people about postpartum depression, but we don’t hear a lot about the anxiety piece,” she says. “If a mom is having a lot of worries that are outside of the realm of what we would consider normal and everyday, then she may be less likely to seek help, not knowing that there’s anything wrong.”

Bipolar disorder can also appear for the first time in the perinatal period, Manske says. Some mothers experience postpartum panic disorder, in which they experience constant anxiety and panic attacks. Others develop behaviors much like those exhibited by people who have obsessive-compulsive disorder.

“They may be having obsessions or intrusive thoughts, and some of these thoughts can be very scary and alarming thoughts about the mom harming the baby or something bad happening to the baby, that are persistent and that they can’t control,” Manske says. “In most cases, they would never ever harm the child, but they’re having these repetitive thoughts of harm coming to the child.”

Some mothers experience post-traumatic stress disorder, which can occur after a traumatic childbirth experience or after a baby receives a troubling diagnosis.

“Any time there is concern about postpartum psychosis, it’s always considered an emergency that the mom gets help immediately,” Manske says.

The causes of perinatal anxiety and mood disorders are unknown.

Perinatal anxiety and mood disorders also can affect people who have endured a miscarriage or infant loss, those who have terminated a pregnancy, and those struggling with infertility.

Those around a new mom should be attentive to any significant changes that negatively impact the mother and the rest of the family, Manske says. A mother could have a perinatal anxiety or mood disorder if her baseline mood changes drastically after childbirth, if she’s having trouble eating or sleeping enough, if she seems to be avoiding or having trouble bonding with the baby, or if she experiences frequent rage.

“Whether or not they qualify or fit into a clinical diagnosis, the main thing is … that mom is struggling,” Manske says. “It’s always best to reach out to see what we can do to support her and the family.”

Baby showers are traditionally held before a baby is born, but Manske says providing help after the baby is born by offering to bring food, babysit, or clean can give a struggling mom a much-needed break.

In the past, Manske says obstetricians were tasked with diagnosing and treating mothers who exhibited signs of postpartum depression.

But because most postpartum mothers saw their obstetrician just once in the weeks after birth — a standard that the American College of Obstetricians and Gynecologists has since updated to recommend ongoing care — perinatal anxiety and mood disorder screenings now take place during pediatrician visits.

Parents take their baby for multiple well-baby visits within the first year, which means pediatricians have more opportunities to discuss and screen for perinatal disorders.

However, if a mother suspects she might be experiencing a perinatal anxiety or mood disorder, Manske says she should reach out to her obstetrician or primary care provider, who can evaluate the mother’s mental state and make a referral if needed.

Mothers who are struggling with a perinatal anxiety or mood disorder have many options for treatment, Manske says.

Therapy, especially from a therapist who specializes in perinatal anxiety and mood disorders, can be helpful, as can certain medications. An experimental drug called Zulresso was approved for limited use by the Food and Drug Administration earlier this year. Natural remedies such as exercise, implementing a nutritional plan, and taking certain supplements also can help, Manske says.

But Manske says connecting with other parents who have experienced a perinatal anxiety or mood disorder can be one of the best ways to combat such disorders.

“It can be extremely helpful for moms to hear other people’s experiences so that they know that they’re not alone,” Manske says. “It can be a very isolating experience anyway, but moms who are struggling with a mood or anxiety disorder feel even more isolated.”

They often wonder if they’re the only one that feels that way, she says, and that can bring a lot of guilt and shame that can be alleviated by connecting with other moms.

Families in Spokane used to be able to connect with each other and find resources such as counselors through Bloom Spokane, a chapter of national nonprofit community birthing support network BirthNetwork National. But Manske says Bloom Spokane has faded, leaving a vacuum for parents who need support.

“The group is dedicated to building bridges in our community, allowing families to receive needed resources and services,” Turner says.

Perinatal Spokane is intended for mental health professionals and health care providers, as well as families and individuals who are interested in perinatal issues.

The group has met once, and is still early in the process of getting established in Spokane’s birthing community, Manske says.

“Hopefully, this will be a way for us to come together to bring more support and information specifically related to perinatal issues,” Manske says.