Longtime executive to leave legacy of investment in community, people 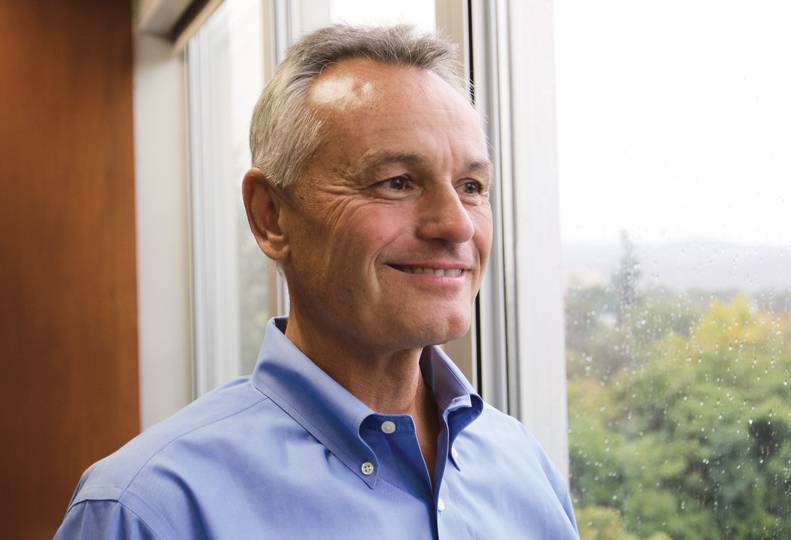 -—Linn Parish
Scott Morris has served as CEO of Avista Corp. since 2008.

Scott Morris started working at Washington Water Power Co. when he was 23 years old, wrapping water heaters in insulation as part of an energy-efficiency measure taken on by the company in the early 1980s.

Those familiar with Morris’ story know that was the start for the Spokane native who worked his way up to being CEO and chairman of what now is Avista Corp., a utility company with subsidiaries that now has about 2,000 employees and annual revenue of about $1.47 billion. He coordinated 200 people during that stint, but lost that job when the position was eliminated.

The company moved him into its Spokane call center where he supervised about 20 workers in jobs in which he had no expertise and learned some early lessons in leadership.

“Those poor people,” Morris says now, with a chuckle.

Described as “almost too self-deprecating” by one former employee, Morris, at 61 years old, maintains that style of humor as he prepares to step down as leader of the company at which he has spent his career. His last day as CEO is Sept. 30, at which time Dennis Vermillion, the company’s president, will take over. Morris will stay with the company until March in transition, before moving into retirement.

According to some of those who have worked with and observed Morris during his tenure, his legacy will be one of building morale and trust internally while positioning the company as an industry leader in innovation and environmentally responsible energy generation.

Externally, Avista has undertaken a number of initiatives in downtown Spokane and the surrounding neighborhoods during Morris’ tenure that have made the city more attractive, including the development of Huntington Park along the Spokane Falls and development of the Urbanova smart-technology initiative in the University District. He gets credit for those initiatives from those close to him as well.

Paul Redmond, a longtime Washington Water Power executive who retired as CEO and chairman of the company in 1998, says, “He has done an incredible job of running the company, but not only in the company, but in the communities. He’s a real innovative leader.”

Redmond adds, “Right after I left, the fellow (Tom Matthews) did some damage to the company, in terms of its financials. Gary (Ely) got it turned around, and Scott really took it from there.”

For the second quarter, the company attributed strong earnings to better-than-expected customer growth and lower operating costs. In August, Avista raised its earnings guidance for the year by a nickel a share for the year, to a consolidated range of $2.83 to $3.03 a share.

Morris grew up in a small house on Spokane’s North Side. His dad worked at Kaiser Aluminum and his mom was a secretary. He worked his way through college and earned a bachelor’s degree in political science at Gonzaga University. Later, he would earn a master’s degree in organizational leadership from the same Jesuit school.

His career with Washington Water Power, now Avista, was marked with stints at the company’s operations in Lewiston, Idaho, and Medford, Oregon, before he returned to Spokane in 2000 to become president of Avista Utilities.

Redmond says he tried to get Morris to return to Spokane earlier to lead the utilities division, but he declined, saying he wanted to stay in Medford while his daughters were in high school.

Jessie Wuerst, who retired as senior communications manager at Avista in 2017, says Morris was brought into a challenging situation in Medford, after the company had bought some natural gas properties there.

Wuerst says that years after Morris had left Medford, people would ask about him when she visited Avista’s operations there.

Morris says he never expected to be in a position to be the Avista’s CEO, and he essentially treated every stop along the way as if it were going to be his final post with the company.

“Every job I had, I felt like that could be my landing place,” he says. “I wanted to create a microculture where people loved the department they were in or the work they were doing.”

Morris says he was fortunate to step into the CEO role when he did. Ely, his predecessor, had to be internally focused in the position to get the company through some tough times, restoring the company’s investment grade and strengthening its balance sheet. Essentially, Morris says, Ely had to get the company back to the basics of being a utility.

Once the company was back on solid footing, Morris says, “I got to do some things that some leaders would love to do around innovation, economic development, community involvement, and rebuilding the hydro system.”

The hydro system Morris refers to is the series of power-generating dams that Avista operates in the Northwest. Just over half of the company’s power generation comes from those dams. Morris says the dams had been aging, but the improvements the company has made to that infrastructure should make it an effective source of power for the next 50 years.

“That’s going to be my generation’s Expo ’74,” he says, referring to the World’s Fair that Spokane hosted in the mid-1970s that provided a big economic boost for the city at that time.

Jeff Philipps, president and CEO of Spokane-based Rosauers Supermarkets Inc. who will join Avista’s board of directors on Nov. 1, says he sat on the Greater Spokane Incorporated board with Morris and succeeded him as chairman of the big, annual Spokane County United Way fundraising campaign. He says Morris has been a “huge supporter” of the community.

“It’s easy for people to run companies from an office,” Philipps says. “When executives invest themselves in the community, it makes a huge difference, because they have the backing and the passion of the individual and the backing of the company.”

Being the CEO of Avista is among the most visible executive positions in the Inland Northwest, if not the most visible. Nearly everybody is a customer and not by choice.

Morris says a utility affects the lives of everybody in the community and should be held to a higher standard for serving customers, employees, shareholders, and the communities at large.

Routinely, stories have been published about his salary – his total annual compensation came in at about $3.8 million last year, fourth highest among executives at Inland Northwest-based publicly traded companies.

Wuerst says, “Over the years, when he would take hits for his salary, we would encourage him to let us talk about the ways in which he gives back. He absolutely refused. Both he and his wife (Liz) are quiet philanthropists, but they truly make a difference.”

“It shouldn’t be about me,” he says. “I realize I’m the face of the company, by virtue of being CEO, but that doesn’t make me more special. I didn’t feel comfortable doing those kinds of thing, because everybody else (in the company) was doing it too.”

He says there’s an ambiguity in leadership that one has to reconcile and become comfortable with.

“People want you to be confident because it inspires, but they also want you to be humble,” Morris says. “You have to be comfortable leading and letting others lead. You aren’t going to be successful with just one style.”

He describes Vermillion, his successor, as a servant leader and is confident he will be successful.