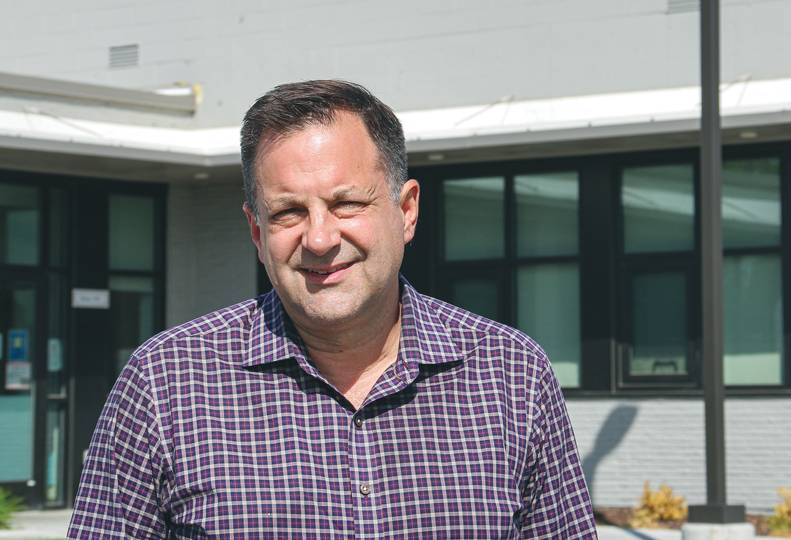 -KEVIN BLOCKER
Chud Wendle says a group of private businesspeople he helped to bring together is trying to bring solutions and ideas to Spokane in regard to issues downtown and elsewhere.

Those properties are important to the orphanage, says executive director Chud Wendle, because income generated from that real estate portfolio account for 80% to 90% of the nonprofit’s $2 million annual operating budget.

“When we pay for more (security) what we do is take more food off the table for our kids,” Wendle says.

Dissatisfied with public officials’ responses to perceived increases in drug use, vandalism, and camping in public places, Wendle has played an active role in forming the Spokane Business & Commercial Property Council. The group has banded together to call attention—and lobby for action—against growing crime and vagrancy.

Conversations that started last year by a dozen to two-dozen commercial property owners have turned into a following with an email list of 350 people and nearly 700 members of a private Facebook group, according to Wendle.

“What our group is trying to do is bring solutions and ideas to Spokane,” he says.

The group is part of what appears to be a growing trend of business and property owners coalescing to solve problems traditionally left to the public sector to figure out. In Seattle, for example, a group of civic and community leaders got together to form Compassion Seattle to help address the city’s homelessness and growing encampment populations in public places, according to the group’s website.

As for the Spokane Business & Commercial Property Council, the group has studied what private and public partnerships in places such as Bakersfield, California, Houston, Salt Lake City, and San Diego have done in their attempts to get a handle on challenges that people face often, including chronic alcohol and drug use, homelessness, mental illness, and vagrancy, he says.

“We had the Mayor’s Office in Houston, Texas present to the group last week where they outlined what they’ve done,” Wendle says. “They pulled together hundreds of service providers, sat down and said, ‘Let’s work together and not against each other.’”

Speaking about Spokane, Wendle adds, “Right now, we don’t have a plan.”

Some actions have been taken in recent months, however. On June 3, Spokane Mayor Nadine Woodward announced a new and more collaborative regional focus on the types of resources that can help individuals take control of their path out of homelessness. This fall, the Salvation Army will offer intensive, short-term wraparound services through a new, referral-based system called the Bridge Housing program at the Way Out Shelter, at 222 E. Indiana.

Woodward also announced plans to improve the environment of the downtown area in the hopes of accelerating economic recovery.

Spokane city administrator Johnnie Perkins, who was hired in March by Woodward’s office from the city of San Diego, says on his third day of work here, he met with members of the commercial property council. Perkins says he’s made it a priority to listen to the concerns expressed by business and commercial property owners.

Perkins and Sheldon Jackson, CEO of Spokane-based Selkirk Development LLC, have shared information to identify where several “hot spots” of criminal activity are occurring in the downtown area.

The city recently hired three temporary workers to beef up cleaning crews downtown and hopes to be able to hire a total of 10 in the immediate future.

“We’re having a tough time getting people to apply in the same way retail and fast food business are,” Perkins says.

As for Jackson, he believes a holistic solution is necessary for any community amid the throes of social challenges. However, he says all levels of government need to be more proactive and less reactive to challenges. Business owners and commercial property owners only have “the right to clean up,” he says.

“We don’t have the right to do anything on the public right of way,” he says. “Don’t get me wrong, our government has a lot of things to do. But if they would lead, then we would follow. Businesses leading individuals is not going to get us there.”

Jackson thinks Spokane needs a coalition from across a host of sectors, not just economic, to address societal challenges.

“We’ve empowered our neighborhoods. There are some amazing neighborhoods out there, and my business is in one of them,” he says of the Browne’s Addition Neighborhood Council.

“I think Spokane has all of the pieces on the table; they just need to be brought together,” Jackson says.

Gordon Hester, president of Spokane-based commercial real estate brokerage Kiemle Hagood and a regular participant with the property council, says decriminalization efforts at the statewide level have in several instances tied the hands of law enforcement officials in locales across Washington.

“Police departments have lost tools on how to manage some criminal elements, and the business communities and the people that are working in these areas are the ones that are often paying the price,” he says.

He adds, “I think our business community has said, enough is enough.”

Hester gives credit to Woodward and Perkins for becoming more aggressive in improving cleanup efforts across the city.

“That’s been a noticeable and positive change,” Hester says. “That does keep pressure on the chronic campers and the chronic drug dealers to move around so they don’t have those opportunities to create the hot spots where problems are.”

Still, Hester is concerned about the rise in COVID cases and the employer reluctance to send workers back into offices especially downtown.

“It doesn’t take much to cripple your downtown and business environment,” he says. “Once business says we’ve had enough, and they go somewhere else… you don’t get it back.”

As for Wendle, he says he’s looking forward to continued interaction with the property council. He says Hutton’s 20 properties lost tenants due to COVID-19 protocols while others vacated locations due to safety concerns in their neighborhoods, he says.

One of Hutton Settlement’s properties houses the Logan/Lidgerwood Head Start, at 3704 N. Nevada on Spokane’s North Side. Wendle says he told employees last year to get rid of their recycling bin because it was constantly rummaged by vagrants with remnants left through the alley.

“We can at least put a lock on the Dumpster,” he says.

Wendle says he began seeing an increase in vagrancy in Spokane starting early in the late 2010s.

When his family consolidated its Wendle Motors operations in 2007, he left the auto business to help his family develop Northtown Square, a commercial real estate property on Spokane’s North Side.

“At the time, things were great and the economy was good,” Wendle says.

But he says some ominous signs appeared not long after.

By 2012, customers and employees at the shopping center at the northwest corner of the intersection of Division Street and Wellesley Avenue began reporting an increase in transient activity that he says started with dumpster diving, public drug use, and panhandling.

He says the arrival of COVID-19 last year helped clear a path for an increase in vagrancy as most of the community sought shelter at home.

Wendle admits the property council remains frustrated by what many view as still a slow response coming from both Spokane city and county government to address public vagrancy.

Wendle is specific to note there’s a distinction between public vagrancy and homelessness.

“Those that are really truly homeless and down on their luck, we as a community need to rally around,” he says. “They’re the ones that want to be helped and need the support and services.”

He says the property council here learned that Houston pooled resources and began differentiating between the homeless and vagrants committing crimes.