Organization's leaders say consolidation may help it improve upon strong 2011 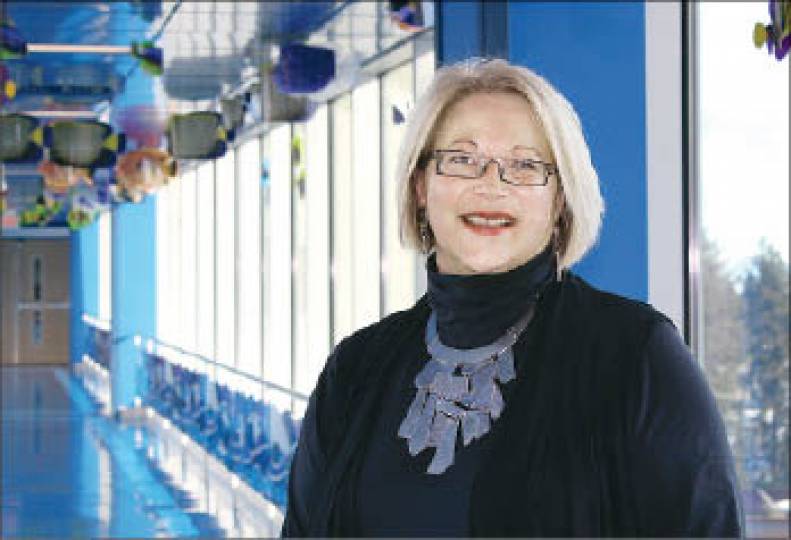 -—Photo by Sandra Hosking
Joyce Cameron, chief development officer of the new foundation, is expecting the 2012 results for the combined operation to surpass a record 2011.

Three Providence Health Care hospitals in Spokane have consolidated their respective foundations into a new nonprofit organization that they expect will streamline their fundraising and granting activities in the years to come.

"2011 was the best fundraising year we had at Sacred Heart and Children's," says Joyce Cameron, chief development officer of the new foundation. "Now that we are able to combine the assets of Sacred Heart and Holy Family, I think 2012 will be even better."

"This is a real opportunity to help us with our exposure in our community and puts it as one of top 10 foundations in Spokane now that we've pooled our money," Cameron says.

In a press release, the foundation board President Lorilei Bruggink said, "As a united organization, it is our goal to create a more visible presence in the community and to better share the many stories of caring for the poor while providing world-class health care right here in Eastern Washington. With more of our family and friends finding themselves without medical insurance, the financial support provided by our Foundation becomes even greater."

Three years ago, the staffs of the Providence Sacred Heart Foundation and Children's Foundation were integrated, but they still each had their own governing boards. One executive director oversaw all three foundations' operations, Cameron says. Under the old structure, however, the foundations were competing against each other, and some donors were confused.

The main purpose of combining the foundations is to make the hospitals better stewards of donated dollars and to increase their investing and philanthropic power, Cameron says.

"It's a smarter way to do it," she says. "When we got together two years ago and began the thought process, it became apparent to the boards it was the right thing to do for our donors and our patients."

It's important to note, she adds, that money raised in the past for a specific hospital campus still will be used for that campus, and donors still are welcome to designate that their gifts go to their hospital of choice.

Many members of the previous boards, who aren't on the new board, are working with the organization on councils, which basically are committees that raise funds for a specific purpose. The foundation currently has a children's council, a women's council, and a cardiac council, and more committees may be added in the future, Cameron says.

The foundation manages a total of 120 funds, most of which are designated to support specific departments or services, such as the Providence Center for Faith and Healing or pediatric oncology.

For now, the organization plans to raise funds for Spokane urban hospitals, although the Eastern Washington portion of the name allows for a possible expansion of its mission later, Cameron says.

The foundation pays for equipment not funded by the hospital, staff educational opportunities, and millions of dollars in charity patient care.

"Doctors are coming to us constantly for requests for updated equipment, so they're able to provide the best equipment to care for their patients," Cameron says.

The foundation currently is raising funds for several major projects, such as the remodeling of the pediatric emergency department at the children's hospital and a family maternity center at Holy Family. It also is purchasing a SIMMom and baby, technologically advanced mannequins that simulate childbirth, to help train staff members.

It raises funds through a variety of activities, such as special events, planned giving, direct mail, employee campaigns, Children's Miracle Network, grant writing, and personal and corporate solicitation. Special events include the Shamrock Gala, Pumpkin Ball, Kids at Heart Luncheon, and The Pour: A Wine Event.

The foundation's offices are located at the children's hospital, but it maintains an office at Holy Family.

Because Providence Health Care covers the cost of the foundation's staffing and space, 100 percent of the donated dollar supports the hospitals.