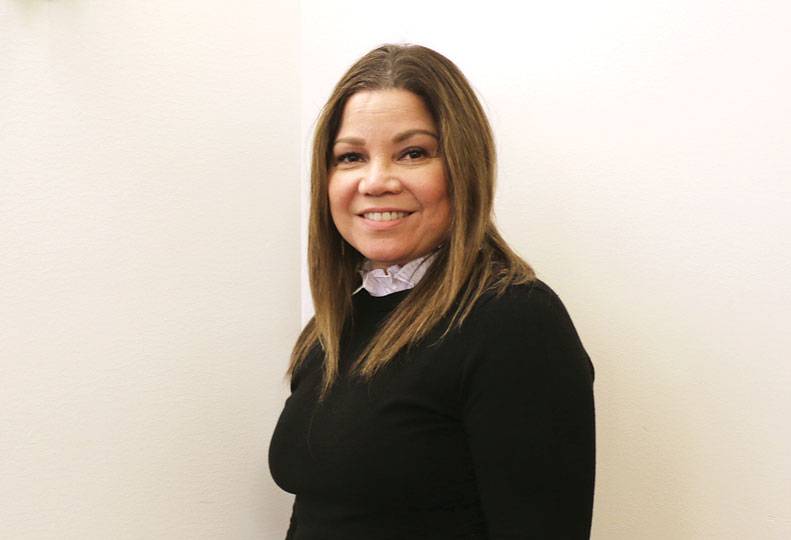 Vange Ocasio Hochheimer teaches economics at Whitworth University, but the roots she’s put down in Spokane over the past decade extend beyond the university’s campus.

Ocasio Hochheimer spent much of her childhood in Puerto Rico. As an adult, she spent time in New York City before moving to Colorado, where she completed two degrees in economics and gained teaching experience. In Spokane, she’s joined the boards of Catholic Charities of Eastern Washington and the Inland Northwest Land Conservancy. She put down more roots here this year, establishing her independent company, Grand Fir Analytics LLC.

The Journal sat down with Ocasio Hochheimer on a snowy afternoon at Whitworth University to trace her career path, discuss what it’s like to be in a male-dominated field, and what challenges her students could face as future economists.

What led you to economics?

I actually wanted to be a lawyer. I was a pre-law major at Binghamton University (New York). I ultimately decided to take a couple of years off and just go to work. Along the way, I met many lawyers, and I decided that perhaps it wasn’t a fit for my personality.

What I enjoyed the most about my pre-law major, which was in essence a philosophy of law major, was constitutional law, writing about the law and about legal cases, and analyzing court opinions. I think what I really wanted to be was a professor of law. I just didn’t know that at the time. I still entertain the idea of going to law school.

I worked for an investment bank for two years or so. I was trying to figure out what I wanted to do, so I decided I would get a master’s in economics. I applied to Colorado State University, quit my good job, moved from New York City, and bought a one-way ticket to Fort Collins, Colo., where I started my master’s in economics. It was a lot of work. At the time, I didn’t know how much math and statistics is in economics, so I definitely had to buckle up. I was always attracted to international economics classes such as international trade, as well as economic development in developing countries. Those are classes that I teach at Whitworth University.

As I was completing my thesis at Colorado State, they offered me funding for a Ph.D. My first teaching gig was when I completed my master’s and became a Ph.D. student, and that was at Front Range Community College, in Fort Collins. I taught at Colorado State University, as well. My husband and I weren’t sure if we wanted to leave Colorado at that time, so I accepted a full-time teaching position at University of Denver.

A few months ago, you were named to the state Community Economic Revitalization Board. How does that fit in with your career trajectory?

I’ve always wanted to write papers that have a strong policy implication and papers that the public and policy makers can read and find them useful for policymaking. I got an email from CERB, announcing it was looking for a small business economist for this region. I was just fascinated to find out that the bulk of the work for CERB is allocating funding for development initiatives, particularly in tribal communities and in rural areas. It’s analyzing projects that will bring development to those less-developed areas. That is, in essence, what I do as an economist in economic development.

A lot of my work in publications has been looking at microfinance in Bangladesh, in small poor villages. I estimate the economic and social impacts of those loans on those communities. The opportunity to do that here in Spokane and in this region was very appealing.

What kind of opportunities or economic gaps do you see in rural Eastern Washington?

In terms of infrastructure, the big one that we’re looking at now is broadband access, making sure there is digital equity in those rural areas and that low-income people have access to the internet. In rural areas and in impoverished areas, particularly in the tribal communities, you don’t have that asset.

The pandemic has brought to light the fact that it’s important to keep those citizens informed of what’s going on. If they don’t have broadband access and they have to drive miles to reach a Wi-Fi hotspot, that’s a problem.

Economists are typically male. What’s it like to be a female economist, and how do you make sure that your voice is heard?

I envy my colleagues who can show up to class wearing jeans and casual clothing. I don’t believe I have that luxury. Anywhere that I go, especially if I’m going to talk about an economics topic, I feel like I need to put on that power suit. I feel that to overcome the underrepresentation of women in the profession that I have to prepare harder because I do have to convey knowledge more so than a male counterpart.

It’s about preparation and making sure that the quality of the work I put out is strong and respected. That’s how I’ve been able to inspire respect -- based on the work that I do and making sure that that work is solid and worthy. Unfortunately, it is a known fact that if you are part of a minority group rubbing elbows in an elite circle that you have to work really hard to be taken seriously. I’m no exception to that expectation. A way that I overcome the obstacles is by doing the best job that I can do.

What do you see as your role in the broader business community in Spokane?

I think my role is that of a researcher and a board member in terms of providing my input, both as a scholar and also as a person of color, a person who used to be part of a vulnerable population. Sharing that insight with the organizations that I’m involved with is my role right now. My role is as a researcher and almost that of an investigator, in terms of looking at what the data shows and measuring the impact of the policies that are implemented.

You started a business this year. What does your company do?

I started a research firm in January 2020 called Grand Fir Analytics. I always wanted to do independent research and write policy-oriented papers and be part of projects that contribute to measuring impact and gathering data. My kids are now 8 and 10, so it was a matter of waiting until they were a little older, and also securing tenure at Whitworth.

We were lucky to get one of our first contracts with the Spokane Association of Realtors. We did a study on housing as a social determinant of health. We collected data and provided insight on the serious issues that we’re facing with housing shortages. That work highlighted the need for policymakers to think about ways in which we could increase the affordable housing throughout the state. It was a lot of fun to do the work, and also sad, because the data shows that when we don’t have enough affordable housing, the people who are impacted the most are vulnerable populations who face the threat of homelessness.

As a teacher, you’re helping to form the economists of tomorrow. What’s the greatest challenge you see them facing once they’re in the field?

One challenge that has become prevalent is the disregard for facts. As economists, we gather data. We study that data, and we let the data speak for itself.

When you say the data shows that the sky is blue, but then you have some folks saying it’s black, how do you reconcile that disagreement? The data shows one thing, and data is supposed to be useful, it should not be politicized. But when it is, I think that we have a challenge there, in terms of how you convince folks that the methodology you’re using is sound, and that we should pay attention to what the data tells us.

We teach students to be critical thinkers and to reconcile disagreements in a civil way and convey their findings in a way that can bring people on board.