Q&A with Otto Klein of the Spokane Indians Baseball Club 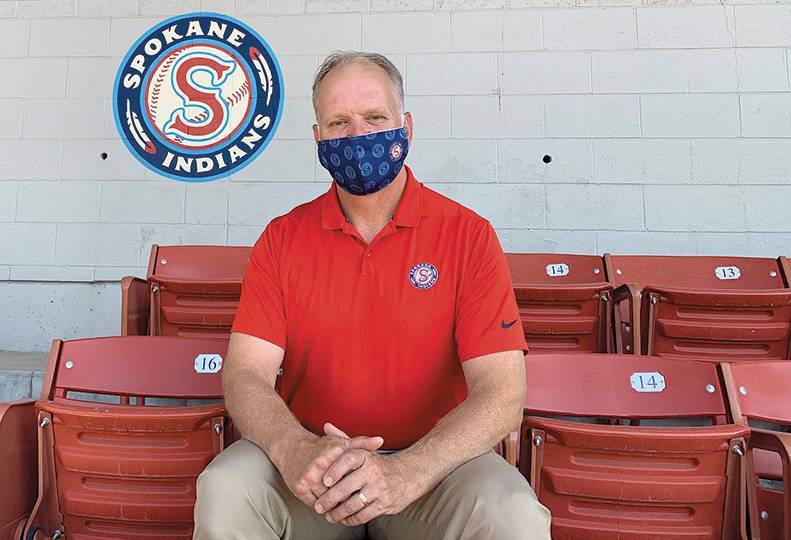 -KYLE DAY
Otto Klein has worked for the Spokane Indians baseball organization since his college days. Had the season not been canceled, this would have been his 28th season with the club.

This would have been Otto Klein’s 28th season with the Spokane Indians Baseball Club. Klein, who’s now senior vice president of the Spokane Indians, says he first interviewed with the team on his way home from college, and hasn’t left Spokane since.

On June 30, Minor League Baseball cancelled the 2020 season. Klein says it’s strange to have a summer without baseball, but the team is doing its best to connect with fans and prepare for next year.

The Journal spoke with Klein about what the Spokane Indians are doing this summer, the outlook for next season, and the team’s role in the community.

Journal: What’s it like running a baseball team when there’s no baseball?

We’ve tried to be optimistic, as opposed to devastated. The news of not having a baseball season has been tough to swallow, but we’re doing our best.

What was your initial reaction when the season was canceled?

When we started in March, no one knew how long the pandemic would go. If you had asked me in March if we were going to play in June, I was pretty optimistic. As we went into April and May, it was not a surprise at all in June when we heard that the season was cancelled. We had been expecting the news for some time, and I’m glad that they made the decision, because now we can officially turn the page and we know what to expect. Not knowing whether we were on or off for a long time was hard.

How is the team making up for lost revenue?

Instead of having 38 home games, we can try to do some other things creatively with the stadium and with our staff. We have this beautiful concessions building here, and we have a great food service operation. We said, how can we put that to good use during this? Let’s try some new things. We first started with our ballpark meals to go. We’ve done four or five of them, where you can purchase a family meal for $40, and you just drive up and we bring it out to your car. That’s been a fun project to do. We’ve been able to raise money for Second Harvest food bank at the same time. Every time you purchase a family meal, you’re supplying up to 10 meals for Second Harvest.

The other thing that we launched earlier this month is the Infield Cafe. We have this beautiful baseball field and stadium. We said, why don’t we launch a lunch service and see how that goes? Monday through Thursday from 11 a.m. to 2 p.m., we’ve been doing lunch service. You walk through the gates; you go to the concessions stand. Everything is touchless. You order your food, then you take your food down onto the infield of the baseball field, and we have tables spread out, and tents and shade. It’s a really nice experience to be on a championship field having lunch.

We still have merchandise that people are purchasing through our team store. Order it online and we can bring your merchandise out to your car right out in front of the stadium.

One other thing we’ve done to keep busy is that we partnered with the city, the county, and the school district, and we were the lead on having community fireworks on the 4th of July. There were four fireworks shows, all at 10 o’clock at night. We helped put that together, and it was a really rewarding community event.

Do you have plans for future projects?

If and when we get to phase three, I think that opens up more opportunities to have larger gatherings. We’ve thought of everything from movie nights to fireworks shows to dinner service. We have some things up our sleeve, but, like everyone else, it’s dependent on getting to the next phase, and if we can do it in a safe manner.

What does the canceled season mean in the long-term?

It’s tough, because we have 38 home games, and that’s where we make our money. Not being able to have that revenue for the year is tough. We’ve been smart with our finances, and we’ve committed that we’re going to turn the page to 2021. We’ll have as many of our full-time staff working as we can, and we’re committed to bringing all 40 furloughed staff back when we know more about what 2021 looks like.

What do you think the 2021 season could look like?

What have been the biggest changes since you joined the Spokane Indians?

What do you see as the team’s primary role in the community?

What do you wish more people knew about the Spokane Indians?

I want to make sure everyone knows that we’re not going anywhere. Yes, these are challenging times, but we’re committed to being here for the long haul, and we’re committed to bringing back baseball and family entertainment to this community, and that’s what we’re working toward every day.