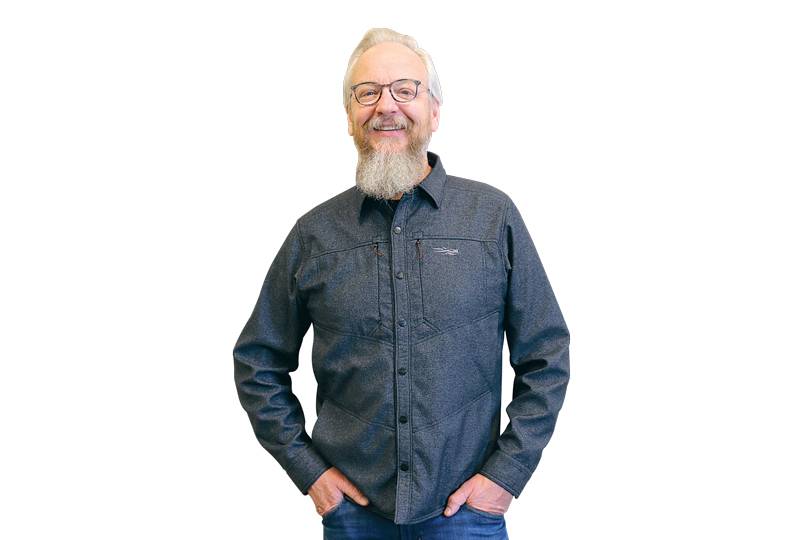 Spokane businesspeople know Wayne Williams as a longtime telecommunications executive and a fixture in the Inland Northwest’s tech scene.

But since stepping down as president and CEO of Telect Inc. – now Amphenol Network Solutions – Williams has been relatively quiet. Until now.

In the wake of the COVID-19 pandemic, Williams has launched a podcast to talk about challenges in business, how to learn from them, and how to emerge and grow.

The Journal sat down, figuratively speaking, with Williams to talk about this new podcast, titled Grab Another Gear, and more importantly, the lessons he’s learned throughout his career.

Journal: What was the impetus for starting the new podcast?

Williams: Since leaving Telect, I don’t have a team anymore, which is hard. In my head, me, myself, and I, we tend to agree with each other. So, I like the idea of work with other people. For a long time, I’ve been trying to find that sweet spot and the value in how I can step up, assisting other men and women in business.

My wife made the comment, the world is going down, and Wayne gets excited for the first time in two years. She watched that happen as the announcements were coming out about this COVID, and I started thinking about a podcast. I’ve been through the tech sector downturn, the big recession we had in ’08-’09, and probably six different technology transitions.

I can’t speak as someone who has been impacted and lost my job. There are a lot of people out there who have lost their jobs, and they’ve risen up and grown and come out of that. But I can speak to it as someone who has led through those challenges.

A former board member told me once, “Wayne, you have to turn scars into stars.” That was the genesis of getting the podcast going. I can begin to show my scars and share some of the wounds I had going through some difficult times in hopes that one or two other men and women out there running businesses could be inspired to call for further help or to make some decisions.

What would you say were some of the more challenging transitions or world events that you led through?

From my personal standpoint, the biggest challenge was the immediate pivot a market could take at the dot-com bust that would seemingly take away everything I had learned about business. That would be that period of the day before Thanksgiving in 2000 to the end of January 2001. Before that, we’d been on a 70% growth path. Your customers would pay their bills. They would buy when you sold. Suppliers would support you. In that period of time, I watched all of that fabric completely unravel, which led me to the first layoff off 200-plus people.

My whole life had been about creating experiences for others. That’s what I really loved to do. I loved to have people around and see that growth and watch them be inspired. All of a sudden, you saw all of this ground that you thought was rock turn into sand and slip right through everything.

My foundation was rocked then. I wasn’t trained for this side of what I was about to go through, but it did lead me on a 17-year journey.

From a business standpoint, the toughest thing was between January 2001 and Sept. 11, 2001. The next part of the fabric that was starting to unwind was the financial support from the banks. It felt like a sucker punch to the business in the 15th round of a boxing match I was going through.

Debt, to me, was my smelling salts. Having an obligation of debt cleared my senses, because the only way to stay alive was to make sure you weren’t going to go bankrupt. We faced that at a couple different points in time.

There was a full recalibration in 24 months. The dot-com bust recalibrated the entire future of communications.

Not to get too far off track, but I remember before the dot-com bust, there was some talk about Telect going public. I was always curious if you felt it was a blessing you didn’t go public or if you wished you’d pulled that trigger earlier.

If we had gone public back then, I would not have been in the telecommunication industry, and Telect would not be in Spokane. The whole industry went into turmoil, and it was like people were trying to catch a falling knife. They were trying to buy up every bit of asset they could to keep revenue up. Keep shareholders happy. That would have been a long-term community loss.

One time, we were going to church at Post Falls Real Life. They always did a greeting, where you turn around and say hello to the person behind you. I turned around and said, “Hi, how are you? It’s good to see you. I’m Wayne.” And she said, “yeah, I know. I’m Janet. I was just laid off by you last week.” I said, “I’m so sorry.” She said, “No, no. It’s what I needed to move me in a different direction.”

I could face that. What I couldn’t have faced is this. I had friends, family, and professional advisers who had been watching Telect for a long time. I knew people who were going to mortgage their house to buy shares.

Our valuation was so high. We’re going to come out at $9 a share, if we decided to put it forward. The stock would have been worth 90 cents a year later. And it wouldn’t have come back. If we had done that and you were one of those people who mortgaged your house, you would have been looking at me saying, “What happened?” and I would have been saying, “I don’t know.”

Circling back to the podcast, how did you get started?

I’m fortunate, in that my son and son-in-law have a film company. They know a lot about podcasting and helped me organize it. But in a six-week period, I taught myself how to do Apple podcast, Spotify, Google Play music, YouTube channel, Adobe Premiere, Adobe Lightroom, Photoshop. There’s this huge energy that happens about learning other things, learning how people do it. I spent most of my time doing that kind of content production, rather than the content creation.

I’m right now at the place where I’m ready to put in a lot more on the content creation.

I’ve only had two guests.  One was Sean Visintainer, owner of Silver Bow Fly Shop. I did what every telecom guy did after the dot-com bust. I went out and bought a fly shop. Then I sold it to Sean Visintainer. He wrote me a check every month to buy that shop, and he went through that ’07-’08-’09 timeframe when Cabela’s is moving in.

I interviewed him the day after he had to shut down (because of the Stay Home, Stay Safe order). It’s a fascinating story about how I, as the debt holder, told him to put the money back in the bank for six months and weather this.

My second one was with my pastor, Pastor Dan Shields, who is really a strong leader. We talked about how the church was able to pivot. People look at churches as different – and they are different in their mission and ministry – but organizationally, they’re set up like any other business. So, I did an interview with him on how did you pivot. People pay their offerings when they all come together on a Sunday. What happens now?

With both of those episodes, I got a lot of coverage.

I’ve got some other episodes. I did a session of five where I took all of the articles I wrote for Washington CEO magazine from October 2001 to February of 2002 as a CEO diary and read those. Those have been impactful to people because I’m taking them through the journal I went through as a leader during those times.

I’m going to have a lot more guests. A lot of the guests are going to be talking about the scars that helped them make decisions. I don’t think you really understand what happens until the tire blows in your car at 70 miles per hour, and you learn how to steer out of it. That’s been the goal.

It sounds like the podcast is talking about business in a more personal and emotional way than we usually talk about business. Would you say that’s accurate?

Yes. It is accurate.

Why do you feel compelled to do that at this time?

There’s a persona in business. Businesses control their own marketing. They control their headlines a lot of the time. Even when you look at media today, if you look at how Facebook works and Instagram works, everybody is looking at presenting a perfect picture of what things look like.

In reality, people know deep down inside that not everything is perfect, but nobody is talking about the brokenness or the deeper feelings of what the leader or executive is going through. You really can’t in a lot of ways.

I’ve talked to a couple of other people about being on the show, and they’ve said, “Yes, I’ll share this, because I want people to know how I got to where I got today wasn’t an easy road.” They look at everybody else and think they aren’t struggling. They have it made. But they really have a deeper struggle.