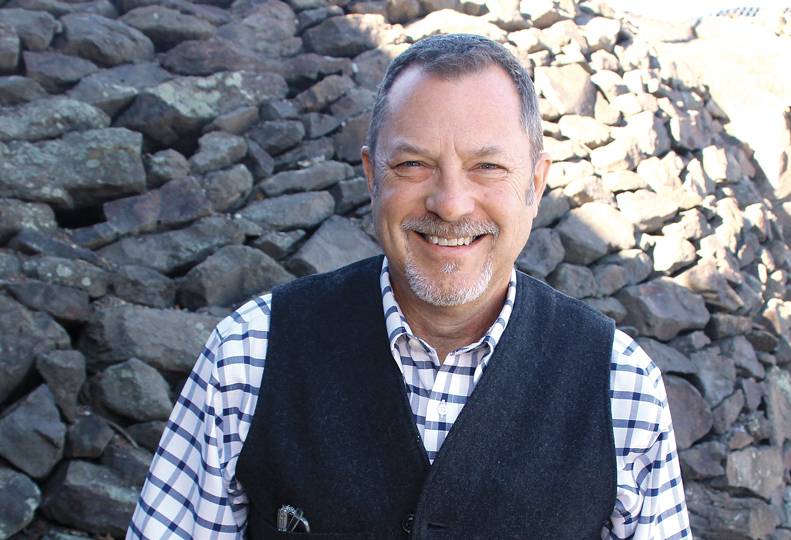 A Deer Park native with family roots in the region extending back several generations, Mark Losh returned to the Spokane area recently to lead the West Plains Chamber of Commerce.

He left Deer Park in the early 1980s when his family moved its restaurant—the Breadboard Restaurant—to Washington’s West Side.

Since then, he’s worked in technology, entrepreneurship, and other industries before going to work for chambers of commerce. Most recently, he served as director of membership at the Missoula (Montana) Area Chamber of Commerce.

The Journal sat down with Losh recently to discuss his career and his vision for the West Plains Chamber.

What’s your assessment of the situation you inherited with the West Plains Chamber of Commerce?

It’s a little complex. There’s one group of folks on the West Plains that sees the growth. They’re part of it. There’s another group that hasn’t seen it yet. But it’s coming.

There’s been $750 million invested in the West Plains in the last 24 months. Amazon just started clearing off that whole section to the west of their building to build another one, and they’ve got two or three others. Their first plane landed at the facility here the week before last.

With growth comes turbulence. If you’ve ever been on a cruise ship when it turns, there’s turbulence. But everybody is ready for this growth. Everybody wants it to happen. Everybody who lives or works on the West Plains wants it to be relevant and to be important. This is their time to shine.

It’s a fascinating community to lead a chamber in. There isn’t one city as its focal point. There are a couple of different communities. You have competing tribes, on the casinos level at least. You have the largest employer with Fairchild Air Force Base. A regional university. A prison. An international airport. And Amazon establishing its presence with authority. Have you seen a chamber that operates in that kind of environment before?

You forgot two others. You’ve also got Reardan and Davenport. They are becoming bedroom communities for the Air Force, for Amazon.

The goal is to give them a platform to share news, information, activities and give them a sense of belonging even though they’re all separate communities.

You’ve used the term “initiative driven.” What does that mean to you?

Initiative driven involves focusing on issues, problems, and opportunities in the community. As a chamber, you’re stepping in, not really to solve them, but to help move the ball down the field.

I’ll use Missoula as an example.

We found out the child care shortage was terrible over there, as it is everywhere. There were 1,000 kiddos on the waiting list, and another 1,000 weren’t listed. The red tape to open a business was so deep that the day cares couldn’t do it.

There was a for-profit company that wanted to open a large-scale child care facility, 200 slots for those kiddos zero to 5. The perfect property was an empty school building, a grade school. The school district doesn’t lease its buildings to for-profit companies, so it took us almost a year and a half working with the school district, which we had a great relationship with, to make that come together. COVID really slowed that down, but it’s back on track again.

We worked with the school district and the for-profit company to open a day care that opens for 200 kiddos. That makes a huge difference.

How does an initiative-driven approach apply to the West Plains Chamber?

We’re going to begin our industry roundtables. The first one is going to be manufacturing. Real estate is coming up some time in the spring. We’re going to find out who’s working on what and get them communicating. It’s all about collaborating.

I’m looking to have a platform through which we have investors at the West Plains Chamber.

Why are you starting with manufacturing and real estate?

Almost all of the new buildings being built are some sort of manufacturing and warehousing. They’ve spoken up and voiced their issues. They were the first to approach.

Real estate just came together this last week to talk about the challenges they have in the area.

I don’t know the issues yet. I haven’t met with them. I’m not an expert in anything, but if this chamber is going to be relevant, we have to know what our members need. The only way you’re going to know that is through communication.

In my first 20 days, I did 55 meetings, just talking to people. This is who I am. This is what I’m thinking. What are you thinking? What do you need? Where do you see this chamber going? What can we do better? Those types of conversations. It was very helpful, and it’s outlining where we’re going to go for the next 12 months.

If you had a prospective investor/member who was asking about the difference between Greater Spokane Incorporated and the West Plains Chamber, what would you say? Is there a value in being members of multiple chambers?

GSI is working at a very high level of issues. Some of these issues are state and regional level. There needs to be an organization that does that in this community.

The chamber is going to be a step below that, in that we’re focusing on our area and working on what the West Plains needs. There’s a reason to be involved in both.

What are some broader challenges that chambers face, and how do they relate to the West Plains chamber?

Chambers, as a whole, have gone through a period of time where they were event driven, like I said. If I’m 35 or younger, I have my own social network. I have my own work network. I’m not going to go have a beer and do the good-old-boy chamber events. It doesn’t do anything for me.

Now, networking is important. In Missoula, when we got deeper and deeper into initiatives, and our membership was growing, our events grew. Because now they’re engaged in what we were doing, and they wanted to come out and get involved in this way. It’s initiative first, then events.

You can’t use events to push initiatives. It’s got to go the other way. You have to be a source of information, or you’re not going to be relevant.

You’re living in this area for first time in 40 years. Is there any one thing that’s surprised you about how the area has changed?

I grew up out on the Wild Rose Prairie, and all of the farmers I grew up with, their land is kind of getting chunked up. There are a few families that are still running their farms, and it’s wonderful to see.

The growth to the north. The growth in Post Falls. The growth in the Nine Mile area. It’s not a surprise, but it’s very noticeable. We’re becoming a very big force here.

It’s no longer Seattle and little Spokane. Spokane has a bigger voice, and we’re going to continue to have a bigger voice and get more attention from the state.