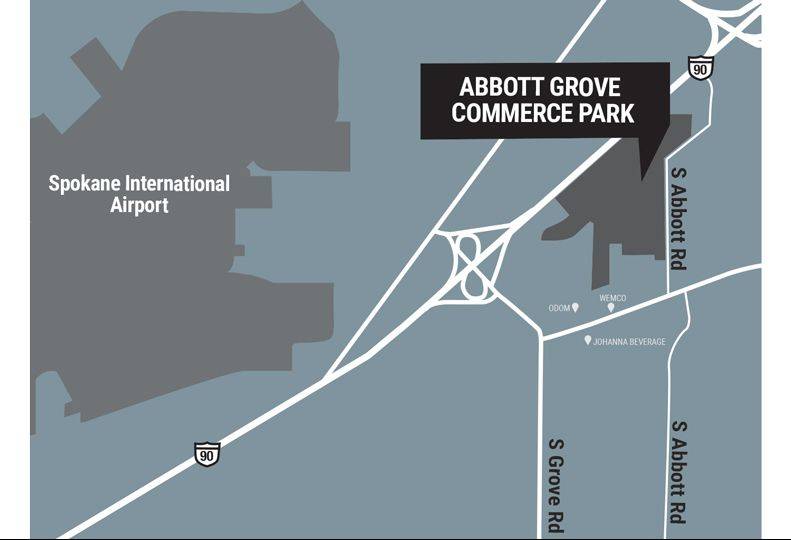 The complex is to be located to the south of Interstate 90, on vacant land just north of the Geiger Boulevard and Grove Road exit at the northwest corner of Abbott and Thorpe roads, environmental planning documents submitted to Spokane County show.

Gary Schimmels, owner of Schimmels Construction, is working with Mons Terram “to try to assess the viability of the project.”

The proposed binding site plan application shows the owner intends to break the 110-acre plot into 59 lots that range in size from a half-acre to 4.5 acres. Spokane County currently is reviewing the application.

Environmental plans also indicate a minimum of 59 buildings are planned for the complex.

Schimmels adds that the current concept is to have a mix of warehouse and flex buildings that could be divided into suites if needed.

“It’s a long-term vision,” he says. “We’d like to develop the property, either build-to-suit or lease. We want to leave it rather open-ended.”

He adds that the site is suitable for businesses involved in distribution, warehousing, and clean technology.

Nearby companies include the Johanna Beverage Co. and Transmark Cartage Services.

As the project is still in the preliminary stage, no architect or contractor has been chosen, Schimmels says, and he declines to disclose construction cost estimates. He adds that construction on the complex could begin as early as 2020 and could take 10 years to complete.

An environmental checklist submitted to the county shows tenants in the complex could employ up to 1,500 people eventually.

Overall, the development would generate nearly 8,000 vehicle trips per day.

Whipple Consulting Engineers Inc., of Spokane Valley, is the civil engineering team on the project. A representative of Whipple declines to comment on the project.

According to the Spokane County Assessor’s database, Mons Terram purchased the land in early January for about $2.4 million.

Schimmels says investors in the ownership group have ties to the Spokane region, but he declines to identify them.