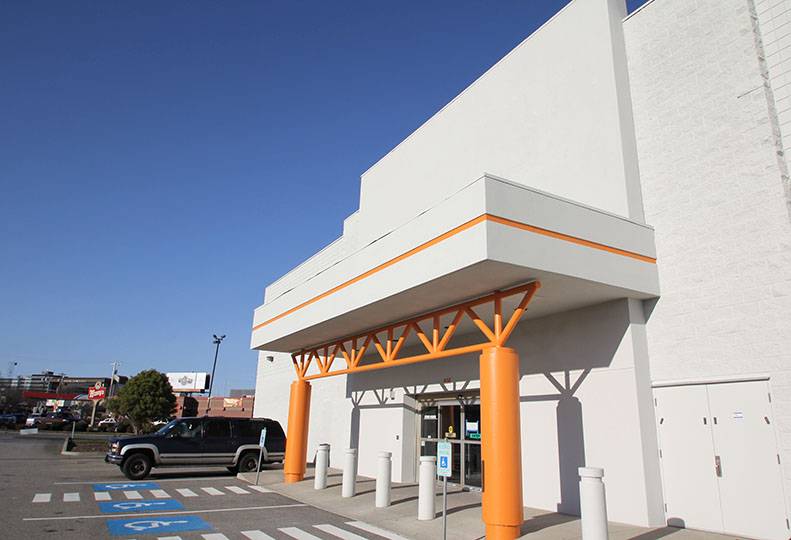 The Arc of Spokane plans to open a thrift store next month in the former CompUSA building, at 808 N. Ruby north of downtown, having ended its longstanding relationship with Value Village, says Greg Falk, Arc's executive director.

Arc, a nonprofit that provides services for intellectually and developmentally disabled people and their families, has signed a five-year lease to occupy the 25,000-square-foot building that has been mostly vacant since now-defunct CompUSA closed an outlet there nearly six years ago, Falk says.

The store, to be named The Arc of Spokane Thrift store, tentatively is scheduled to open Dec. 9, he says.

The store will employ 35 to 40 people, in addition to the 20 people who currently work in Arc's used-goods donation program, Falk says.

The building is near the south end of the Division-Ruby couplet, next to the Red Lion River Inn hotel, which GVD also owns.

"It seemed to be exactly what we were looking for," Falk says of the building. "It's the right size and the location is good."

The building has 20,000 square feet of floor space on the main level and a 5,000-square-foot mezzanine level.

Arc will use about 14,000 square feet of the building for retail space, and will use the remaining space for sorting, pricing, and storage, Falk says.

The Arc of Spokane solicits donations largely via phone and conducts neighborhood pickups of used clothing to help subsidize the cost of providing services and programs, he says.

Arc's programs include job training and placement, providing social and educational opportunities, and supporting community-based living facilities that promote the independence of people in Eastern Washington who have intellectual and developmental disabilities. Arc here is part of a network of more than 700 independent chapters of the Arc of the United States that share a goal to improve the quality of life for all people with developmental disabilities nationwide.

Not counting the thrift store and goods-collection staff, Arc employs 180 people here, a third of whom work at its neighboring facilities at 355 E. Third, east of downtown, he says. Arc also relies on an active volunteer base—currently numbering about 35 volunteers—to contribute time and expertise to the organization's educational, social, and community outreach programs.

For 20 years, The Arc of Spokane has been soliciting donations of used clothing and household items and selling them to Savers Inc., a Bellevue-based for-profit company that operates 320 thrift stores throughout the United States, Canada, and Australia, including the two Spokane-area Value Village stores.

The Arc had been the largest wholesale supplier of goods sold at the Value Village outlets at 708 W. Boone, just north of Spokane Veterans Memorial Arena, and at 12205 E. Sprague, in Spokane Valley, Falk says.

"Our understanding is it was around 50 to 60 percent," he says. "We collect 2.5 million pounds of donated goods every year."

Falk declines to disclose how much the Value Village affiliates paid for items collected by Arc.

"That was part of a proprietary agreement," he says.

Sara Gaugl, a spokeswoman for Savers Inc., says the Spokane Valley affiliate of Northwest Center, will expand its role as a wholesale supplier to the Spokane-area Value Village stores. Northwest Center is a Seattle-based nonprofit that also serves people with developmental disabilities. It has been a wholesale supplier for Value Village stores here since 1993, Gaugl says.

"This revenue stream allows Northwest Center to serve children and adults with developmental disabilities and provide inclusive childhood education, early intervention, and employment services," she says of the payments that Northwest Center receives from Savers Inc.

Arc's revenue from wholesale sales, however, have remained flat over the last 10 years, while Arc's expenses to run its solicitation and collection program recently have outpaced its revenue, making collection for wholesale sales no longer viable, Falk says.

"It had gone from being quite profitable to a budget loss of $55,000 this year," he says. "We knew we had to stop collecting or come up with something different."

Arc first looked into the possibility of operating its own thrift store in 2007 and 2008.

"A consultant told us retail thrift sales were booming then," Falk says.

Since then, the number of nonprofit and for-profit concerns that solicit used goods has mushroomed, Falk says.

"Here in Spokane, there are lots of different organizations that have collection bins and have done telemarketing to get donations," he says. "It's extremely competitive. That's motivating our change."

More recently, Falk says, "We've been consulting with the Arc of Greater Twin Cities, which serves the Minneapolis-St. Paul area" in the Midwest, he says. "They've been in the thrift store business for 30 years."

Arc of Spokane, which Falk claims is still one of the largest collectors of donations of used goods, hopes to generate about $1 in sales per pound of donated items, for total annual revenue of between $2 million and $2.5 million.

"Now we'll be a retailer," he says. "The intent of the store is to regain the loss of net income and continue to fund programs that aren't self-sustaining from other sources."

Arc moved into the 21,000-square-foot, former Inland Power & Light Co., building on Second Avenue from two other Spokane locations in 2011 after investing $3.2 million in acquisition and renovation costs in the two-level structure.

Looking toward future expansion, the nonprofit last year acquired for $569,000 the neighboring 5,200-square-foot structure at 355 E. Third, which is partly occupied by Horizon Credit Union.